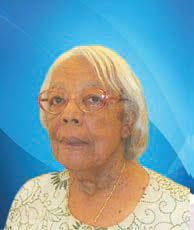 Mrs Cynthia Gairy, one of Grenada’s longest served parliamentarians, has died. She was the wife of deceased Prime Minister Sir Eric Matthew Gairy, also referred to as the Father of Independence.

Prime Minister Dr Keith Mitchell is reported to have received the news about her passing through her daughter Marcelle, a former New National Party appointed High Commissioner to London.

“As a country, we are forever grateful to the Gairy family for their sacrifices and stewardship,” said the release. “As one people, we mourn the passing of Mrs Gairy, but we do so with gratitude by recalling her life and contribution to this nation,” the release added.

Mrs Gairy served in the parliament from 1961 to 1979. As a government minister she held the portfolio of health, education, social affairs, culture, community development and cooperatives. She was removed from her position as a result of the 13 March 1979 coup which resulted in the People’s Revolutionary Government suspending the constitution and arresting all government ministers.

According to the Joan Purcell authored Grenada handbook ‘Women and Governance’ which profiles female parliamentarians from 1961 to 2011, Gairy was the first female to sit in the House of Representatives in 1961 and the first female minister of government in 1968 with responsibility for the ministries she served.

She is expected to be buried in Grenada in the coming weeks following a memorial service in Atlanta.