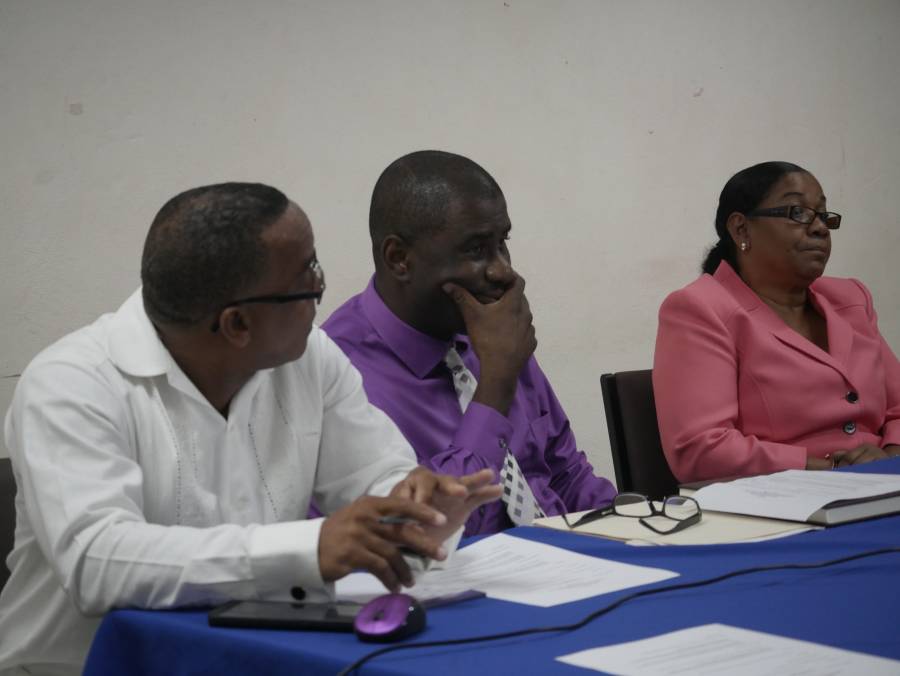 67.07% of admittances to the 100-bed Mt Gay Psychiatric Hospital in 2015 were due to drug-related complications, a study conducted by Dr Omar Hernández River, psychiatrist at Mt Gay Hospital has found.

According to data collected, out of 659 admittances, 442 were drug-related, the highest numbers recorded in the past 5 years. Researchers have also deduced that admittances were significantly higher in the male 19–39 age group as compared to females of the same age group.

Keens-Douglas’ presentation also showed that 48% of admittances suffered severe drug-induced psychoses as compared to other mental disorders, with 82% involuntary referrals to the hospital.

CICAD was established by the General Assembly of the Organisation of American States (OAS) in 1986. Each member government appoints a high-ranking representative to the commission, which meets twice a year. CICAD’s core mission is to ‘enhance the human and institutional capacities of its member states to reduce the production, trafficking and use of illegal drugs, and to address the health, social and criminal consequences of the drug trade,’ in the Americas.

Clarke provided valuable information regarding the nature and extent of drug use and the treatment modalities used to address the issue. He told GRENDEN officials that Grenada’s data regarding the high number of male patients suffering from complications of drug use, is also reflected in regional data collected.

He pointed to an anomaly regarding Grenada’s unique situation of involuntary referrals, a pattern not reflected in statistical data carried out in other regional territories. “If you look at Grenada’s data, you have more than 55% of people being referred by the justice system or the police department. Now this is unique in the region in this respect…more than half of the people that end up in your treatment system are sent by police. Number 2 in Grenada is encouragement from friends and family members which is only 15%; 10% are referrals from the health system and then 6% voluntary or self-referral.” He was critical of drug abuse in Grenada being seen as a judicial issue rather than a health issue.

The conclusions made by CICAD are:

Meanwhile, Grenada is getting ready to start its 7th evaluation round of the Multilateral Evaluation Mechanism (MEM). MEM is a mechanism established by the OAS/CICAD to evaluate the progress in drug control in its member states, and to make periodic recommendations to member states on improving their capacity to control drug trafficking and abuse and enhance multilateral cooperation.

During the 7th round of evaluations (2017–2019) countries will be evaluated in 5 thematic areas and several objectives to be accomplished, including:

Drug Control Officer, Dave Alexander said Grenada was able to complete 15 out of the 27 recommendations and is the only member state of Caricom with such a high completion rate. He spoke of the evaluation process to be completed in the first quarter of the year. “When we talk about the evaluation of our programmes it is a very extensive process which covers quite a number of areas, some of which will be addressed in public, but there will be quite a number of other stuff which we may not air in news. For the next 2 years we will be going through this evaluation. In March/April we will be sending out questionnaires to various sectors and ministries to be completed. We then have to access and verify it and we weigh it against information that you have given us previously; then completed questionnaires will be sent off to CICAD by June of this year.”