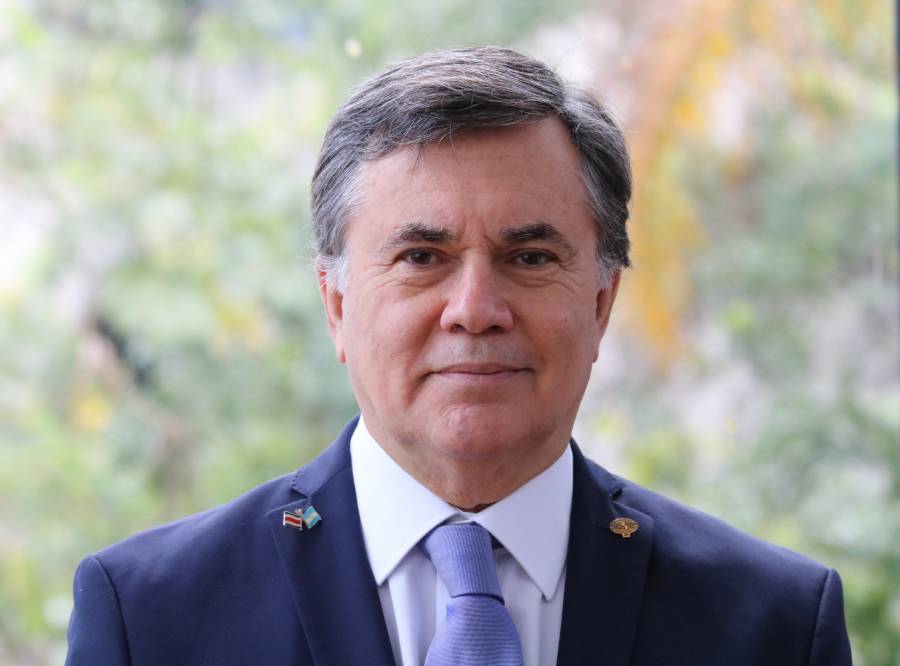 Otero: Agriculture Is the Great Platform for Industrialising Our Continent

Otero: Agriculture Is the Great Platform for Industrialising Our Continent

This story was posted 4 years ago
in Agriculture/Fisheries, Environment, PRESS RELEASE
3 min. read

Argentine Manuel Otero, a 66-year-old veterinarian, took office on Monday as Director General of IICA (Inter-American Institute of Cooperation for Agriculture), the principal agency in the Americas dedicated to the promotion of rural development.

After being sworn in, Otero stressed that a great opportunity lay before the Americas, including the least developed areas of the continent: that of becoming an even more important player in world trade and in ensuring the planet’s food and nutrition security.

Otero also observed that the continent’s agriculture and wealth of natural resources could serve as an excellent platform for “smart industrialisation” that would make it possible to achieve one of IICA’s main objectives: the well-being of rural dwellers, the key to food security.

“The Americas should be a huge factory for producing processed foods, bioenergy, probiotics, nutraceuticals and biomaterials. It is a question of smart industrialisation, based on biological resources and underpinned by science and technology, that promotes greater sectoral diversity, international competitiveness and the creation of employment,” Otero noted.

In this regard, he added that “the bioeconomy is a good example of that transforming vision aimed at promoting sustainable, smart production, drawing on the huge base of natural resources that we possess.”

Otero urged IICA, an institution of the Inter-American System founded 75 years ago, to work to demonstrate that agriculture is an essential part of the solution to a situation he described as ‘alarming,’ as “the food, population, energy and environmental crises pose a threat to hopes of a sustainable future.”

He also stated that IICA would focus its efforts on helping the countries to move beyond the “outdated vision” of agriculture as “an extractivist sector and a generator of primary goods,” and view it instead as “the biomass industry.”

According to the new head of IICA, such an approach would be a paradigm shift, with rural areas playing an active role that would allow them to become areas of progress, with new technologies and connectivity, “reversing the current vision that regards them as places that breed poverty and force their human resources to migrate.”

In Otero’s opinion, the new scenario creates major opportunities for “the 15 million small farmers in the Americas who work 400 million hectares of land and whose viability is under even greater threat due to the consequences of climate change.”

As he took over the reins of IICA, Otero also announced that he would work closely with the regional integration mechanisms, mentioning SICA (Central American Integration System), the Caribbean Community (Caricom), the Organisation of Eastern Caribbean States (OECS) and the Andean Community of Nations in particular.

“I would also underscore the importance of Canada, the United States and Mexico, and, of course, MERCOSUR, whose level of productive and technological development could be tapped by developing complementary links with both Central America and the Caribbean, to build a continent that is more united and mutually supportive,” Otero remarked.

After referring to the implementation of new modalities of technical cooperation, underpinned by efficient and flexible practices involving decentralisation, collaborative work, integration into networks, a focus on processes and the mobilisation of human and institutional resources, Otero stressed that IICA should continue its “75 years of continuous, fruitful work,” and aim to build “a new future for the benefit of the stakeholders and institutions of the agrifood systems of the Americas.”

Reducing bureaucracy, modernising IICA’s governing bodies, debating the principal obstacles to cooperation for development and encouraging the active participation of the private sector should be the main areas of focus of the new stage on which the multilateral agency was embarking, Otero suggested.

NOW Grenada is not responsible for the opinions, statements or media content presented by contributors. In case of abuse, click here to report.
Tags: agriculturecaricomiicamanuel oterooecsrural development
Next Post