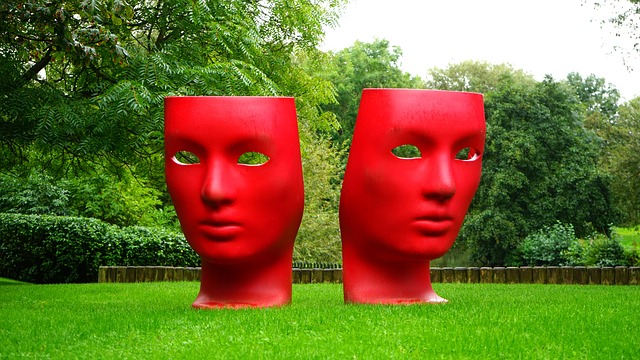 Our Election Day Date: Does Progress Outweigh Pettiness in the Grenadian Political Climate?

Our Election Day Date: Does Progress Outweigh Pettiness in the Grenadian Political Climate?

This story was posted 4 years ago
in Arts/Culture/Entertainment, OPINION/COMMENTARY
6 min. read

by Sherry E A Hamlet (BEd)

These pronounced discussion points are framed within a plot that highlights current issues and is spiked with comedic relief. The characters bring to life a fierce contrasting of strong emotions and we see feelings of friendship go up against feelings of abandonment, of higher education versus poverty, of political potential versus moral compromise. This push-pull relationship keeps the viewer deeply invested in the lives represented on stage, by a list of experienced actors, who show that when it comes to artistic expression, fiction is little stranger than fact.

The characters consist of youthful visionaries of varying backgrounds: the scholarship winner; just come back, the self-made man, desperate to do more, and the high school dropout who has ‘married up’ but refuses to rescind her dignity and self worth. Our cast, much like most youth newly entered into the workforce, display fervent desire to find their place in this world. Their actions are poised to give back in a big way, facilitate positive change, and makes use of their unique gifts.

While the plot develops, so too do our main characters, their dreams and their desires. Education becomes an onstage character, in its own right that takes centre stage and suddenly there is more to lose and more to gain. Realistically, the friendship trivet is pulled asunder in pursuit of more. Scholarships are won, hearts are lost and distance is given to childhood, as dreams are chased.

The plot presents a story of raw, developing friendships in a local setting filled with homage to Grenadian culture; from shooting marbles to the old village sage, characterised by  ‘Nen’ and played by Dale Bhola Wilkes. Nen reports stories to the next generation of success seekers and is the character that keeps the play’s timeline steady for the audience. She is the window through which we glimpse the life and times of our characters’ true wants, from school days to post graduate.

When we meet our characters as adults, they have matured into social intellectuals, fixed on their own brand of Cultural Revolution and now facing sobering realities. Patrick, seeks to be the catalyst of politic change the likes of Maurice Bishop, and with hopes of attaining the dedication of the people such as that given to past Grenadian Prime Minister Tillman Thomas. Both of whom, were considered men of radical but heartfelt belief systems in the youth of their own political careers.

When estranged schoolmate Alvin, played by Piankhi Toussaint, returns from studying abroad with a vision of a better Grenada also having taken root in his heart, and unsettled disagreements still alive between them all, the notions of building a better Grenada are momentarily derailed in the face of lies, betrayal and rivalry!

‘RIVALS’ is a modern take on a play that manages to echo the outcries of the Caribbean millennial. It artistically presents the notion of being muzzled in your own country, even as you yearn to do more with your skill for your country’s benefit and evolution.

Alvin, like many in the modern day, has been taught he can have more from island life. He faces much disappointment when he returns to find a lot of his countrymen do not share his passion for thus, through scholarly pursuit and the reinforcement of study. He is a small island boy who is treated as though he has unfair, big world, international expectations for his country. The only person who believes his expectations realistic is his biggest rival. They walk the matter-of-fact tightrope of being told to dream big and do big things, while also being chastised for being presumptuous enough to believe they have what it takes to make a difference.

Alongside this social turmoil that outs on stage a clear voice of man against society, there is also present in ‘RIVALS’ plot much internal struggle of man against himself. Patrick for instance, battles issues of alcoholism and jealousy and the ego that thrusts the plot into a tailspin, taken to task by his wife Fay, played by Zeleka Peters, who ‘Refuses to bare the shame of a white-collar criminal’s wife’ (Rivals 2017). As issues of trust and betrayal come up while Alvin struggles to play catch up with the changes made while he was gone, Fay makes it clear that she is more than a prize or a pretty face. She proves herself a problem solver and person with her own aspirations and worth. She challenges the stereotype of being made the object of rivalry and is seen regularly putting country before self, a bold modern feminist move, captivating a 2017 audience into loud applause of support.

This notion of being gagged by societal expectations while having so much to say about home grown governance often is one that is placed on a human being with faults. One who, is made subject to judgment by the court of public opinion for every transgression, past, present and future. ‘RIVALS’ shows how easily the willing can be branded political poison, their intentions quickly overlooked due to personal bias or rumour.

Patrick dares to go toe to toe with the stress and expectations of holding public office. Each of the main characters join him in his bravery as they too step forward, irrelevant of imperfections. In this way, with their willingness to ‘be the change’ they want to see in the world on the stage of ‘RIVALS’ they embody the passion and dedication that gave us world changers like Eric Matthew Gairy and T A Marryshow in the first place.

When one character says to another ‘Whatever you’re having I’ll have the same’ on stage, the mood is charged with clear lighting and the use of the dramatic pause so that it is an unmistakable face off. In the heavy silence the audience feels the impression of the fighting words, they are talking about much more than drinks, but of grandeur and fame and hopes realised.

In ‘RIVALS’ the fate of a nation’s leadership is decided, by a mixture of law, friendship and good intentions by the end of the play. While Patrick bullies his way through early life successes and grapples with insecurities that lead to alcoholism — a very real Grenadian vice that often goes unchecked — he is also a leader who is willing to stand in the place of the politician, a position often hard won and seldom sought after by many of youth or those willing to put personal gain out of the frame.

In Francis Urias Peters’ ‘RIVALS’ the characters seek to find out if progress outweighs pettiness at home for a genuine difference to be made. Our cast refuses to be made second class citizens in their country by pomp and circumstance. They face up to and face off against the hard choice that will decide if political potential will remain unspent or do we embrace country and fact over opinion and hurt feelings for a better tri-island state? Do we elect not familiarity but ideology? It has been said that art imitates life and vice versa, in the same way with election dates newly announced, this question surely can only be answered by the audience of eligible voters. A pleasure, or privilege, made ever more pronounced in an election year.  No matter the decision this much is sure: we will, like the characters of ‘RIVALS’ ultimately be made to sit and glut ourselves at a banquet of our consequences either within this generation or the next. What we decide only time, the polls and perhaps the resolution of ‘RIVALS’ will tell.

NOW Grenada is not responsible for the opinions, statements or media content presented by contributors. In case of abuse, click here to report.
Tags: electionfrancis urias petersrivalssherry hamletvote
Next Post