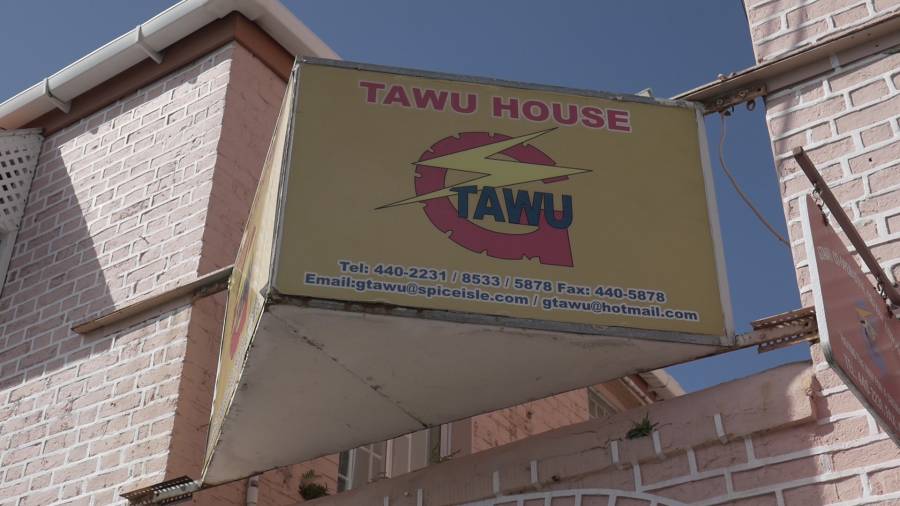 After concluding what has described as an unsatisfactory the meeting with NAWASA last Saturday, the Grenada Technical and Allied Workers Union (GTAWU) has intensified its industrial action.

During a press conference held this afternoon at GTAWU Headquarters, Thursday, 4 January will be a day of solidarity. GTAWU has called upon workers from GRENLEC, Grenada Airports Authority, Grenada Ports Authority, and Grenada Bus Terminal to join forces, as they prepare to stage a massive demonstration.

President General of GTAWU André Lewis said meticulous planning of this demonstration has ensured that the day to day operations of those aforementioned establishments will not be significantly affected by the loss of workers. However, this has been deemed necessary in order to the plight of NAWASA contract workers.

“We will be calling out the staff of GRENLEC mainly those in the transmission and distribution department — we are very responsible because we will not be interfering for the [moment] with the generation department; Grenada Airports Authority for the moment and because of our level of responsibility we would not be interfering with the air traffic control, we would not be interfering with the security and MET office although all these workers are prepared to give solidarity…Grenada Ports authority which would be having a skeleton staff and the Grenada Bus Terminal.”

The union claims that NAWASA refuses to compromise, and has continued to violate the labour code and the labour agreement.

Lewis says NAWASA has asked the union to consider letting the workers trade in their years of service and gratuity payments to become permanent with the establishment. This offer was rejected by GTAWU.

Lewis accused NAWASA of attempting to find a way around the labour code, and, if the union had accepted that offer, the company would have been able to unilaterally amend the labour code without going through parliament.

He said NAWASA has also called on the union to consider giving up the pensionable rights of those retired from the company in order for those affected workers to receive a pension — a proposal that was again declined by GTAWU.

“In the agreement any worker who retires over the past 8 or 10 years, their pension will increase every year anytime there is a negotiated increase. The company is saying that one of the conditions for making these workers permanent and putting them on the pension plan that we must give up the rights of workers who are already retired, and we have said we cannot do this, so when NAWASA speaks about compromise, there is no compromise. What they are doing is putting new conditions on the table.”

NAWASA, in its most recent update on the current impasse has assured the public that the company is committed to finding a solution and has shown this through its decision to have all contracted workers over 2 years become permanent employees.

NOW Grenada is not responsible for the opinions, statements or media content presented by contributors. In case of abuse, click here to report.
Tags: andre lewiscurlan campbelldemonstrationgrenada technical and allied workers uniongtawunawasasolidarity
Next Post