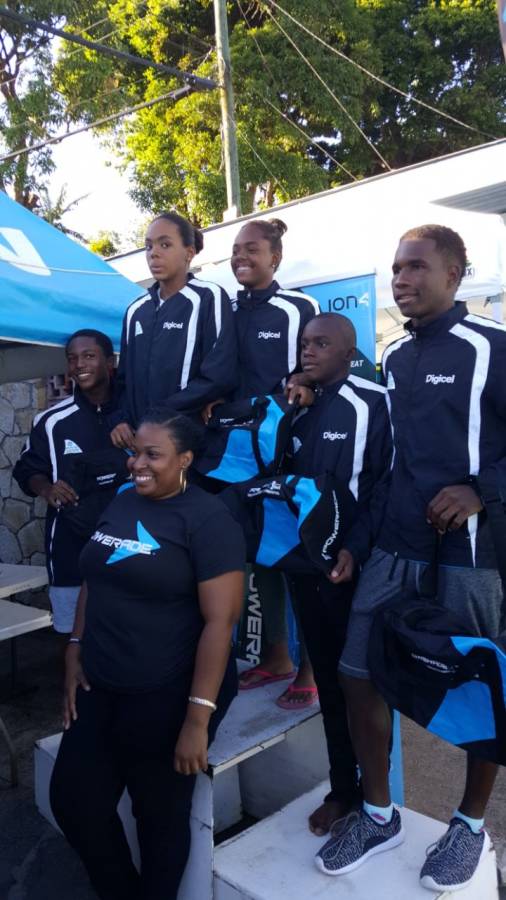 The Grenada Amateur Swimming Association (GASA) wrapped up 4 days of exciting swimming action at the Good Hope Swimming Pool in St Paul’s over the weekend. Over 100 swimmers from Grenfin and Sailfish, 2 of the major swimming clubs in Grenada, participated in the POWERADE National Swimming Championship.

Although faced with inclement weather on Friday night and all day on Saturday, the swimmers braved the weather and put out a fantastic performance. Divisional Champion awards were presented to the following swimmers:

Exceptional performances were awarded to Grenfin swimmers Anaika Charles, Parshawn Haynes, Kimberly Ince, Jenebi Benoit and Dajenel Williams who all scored 90 points and immerged as the top 5 performers over the weekend’s events.

Sabrina LaQua walked away with the award for the Most Committed swimmer at the end of the weekend’s events.

At the conclusion of the weekend swimming championship Grenfin emerged the champion in both the female and male category with a total of 975 & 1015 points respectively and walked away once more with the 2018 Powerade National Championship title amassing a total of 2,022 points over Sailfish who amassed a total of 1,108 points.

National Champs also served as a time trial event for swimmers vying for a spot on the national squad to represent Grenada at the upcoming CARIFTA Swimming Championship to be held in Jamaica over the Easter weekend at the end of March.

The national team continues preparation for the upcoming CARIFTA Championship in Jamaica followed by CCCAN in June.