This story was posted 3 years ago
in Education, PRESS RELEASE
3 min. read 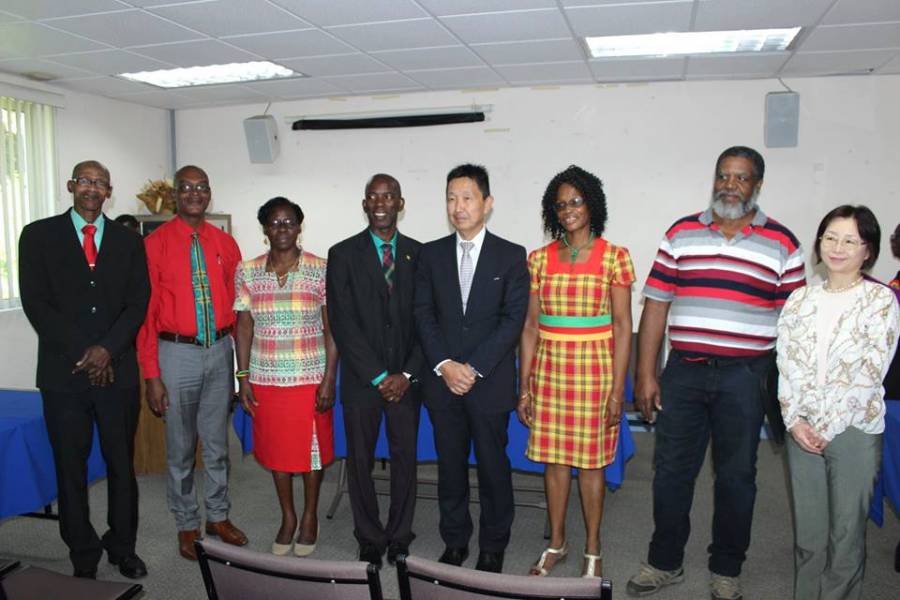 The Japanese Grassroots Human Security Project is funding, with support from government and local stakeholders, the construction of the first pre-school and a multi-purpose centre in St George’s Estate, La Mode.

The signing ceremony took place on the eve of Grenada’s 44th Independence, on 6 February 2018, at the Ministry of Education and Human Resource Development.

“The overall objective of the project – I just choose to identify a few – is to provide early, easy access to education for at least 40 students, ages three to five years-old, annually; to help develop vulnerable families, in the community, by providing education and training, in the form of career skills.”

This recent Japanese Grassroots Human Security or GGP project is valued at more than US$83,300 and, with audit included, is worth more than US$86,000.

James said, “We are grateful to the Government and People of Japan, for granting that facility, which we so desired, for more than two years before.”

His Excellency Mitsuhiko Okada, Ambassador of Japan to Grenada, spoke at the ceremony.

“The Government of Japan recognises the importance of cooperation between known governmental organisations and local public authorities, in responding to various development needs in communities,” he said.

Parliamentary Representative for St George’s North East, Hon. Tobias Clement, expressed his thanks. “The best investment that we can have, in ourselves and in our children, is an investment in education and today the People of Japan is investing in our people, in education. Thank you very much, from the Government and People of Grenada.”

Samuel Vernon Drakes of Samuel Drakes and Associates, architect for the project, said building plans are currently pending approval. He gave some insight into what the project entails.

“There will be a complete open room for the students and there will be toilet facilities for both male and female. There’ll be an office for the staff, as well as staff toilets,” he said of the design for the pre-school and its amenities.

Additionally, the multi-purpose centre will include two sections for skill training, outfitted with kitchens and related fixtures, and a fenced playground area outside. The building will be a two-level structure. Once final plans are approved, the project will begin. The contractor anticipates all work will be completed within the current year.

“We will be given additional support by the Government of Grenada and, as you would see, Mr Tobias here is standing with us, because he has already made commitment from his community project,” James noted.

Elvis Morain, Chief Education Officer, expressed his appreciation, but also had key words of advice. He said, “While we are very thankful to the People of Japan, for the partnership, I always believe the only way we can show gratitude and appreciation for what we’re about to witness today is for us to take care of the facility and to put it to good use.”