Christian Greetings and God’s Blessings to you and yours; also of course toward Grenada’s protection and prosperity! I am a born citizen of Grenada and write affirming that I have a relevant interest in ensuring that the constitutional provisions are not contravened, that sovereign rights are upheld, that national institutions are not brought into disrepute, and that all citizens enjoy the democratic principles for free and fair elections.

This letter particularly seeks clarification and information on the registration of voters and the conduct of elections, subject to the Representation of the People Act (RPA) Cap 286A. It is based on the many concerns which are being expressed of irregularities, with respect to the role of the Supervisor of Elections according to section 35 of the Constitution, in the preparations for the announced 13 March 2018 General Election.

The significance of this request must be appreciated and given serious attention, since the process involved in the registration of voters can facilitate fraudulent declarations and fraudulent identifications for voting at the elections and thereby producing a fraudulent outcome, if ‘due process with diligence’ is ignored. Moreover, it is important that the interpretation and application of the principal act (RPA Cap 268A) with its amendments and regulations reflect goodwill and the spirit of the law. Any unprincipled or any prejudiced factor associated with the elections would produce a negative or an unfavourable outcome which may rob me from enjoying the benefit of my vote, cause the citizens to undergo an unacceptable governance and even put the nation at risk.

Grenada must not be made to once again experience ugliness, as has been the case from the political games, legal battles and taxpayers monies on the issue of elected parliamentarians having dual citizenship which disqualifies candidates as members for the house of representatives. There have also been allegations that a prime minister had been a citizen of the United States of America, not a Commonwealth country, when in office. It is even outrageous that there may have been parliamentary representatives who had not registered and voted in the elections which catapulted them in parliament. Were pertinent lessons and solutions followed?

The general crises and court cases surrounding general elections most recently in the region, St Kitts and Nevis, and internationally, in Kenya, should also be very instructive in exercising prudence for ‘pure and just’ elections.

Due process is also key to avert ‘undue’ judicial review of the outcome of the upcoming elections, as any other. In fact; judicial review may never bring genuine remedy and closure to the problems of irregularities, but would generate hostility, uneasiness, instability and uncertainty in the nation. Thus; ‘moral encourage and endeavour’ must be employed to avoid discomfort and distrust of court action on the integrity of the elections. To wait for the ‘official’ filing of an objection is not wisdom, not in good faith, not patriotic and not satisfaction in responding to the concerns of alleged irregularities; in the same way that it can be futile to depend on petitions to the high court regarding disputed elections as provided for under section 98 of the RPA (Cap 286A) in accordance with section 37 of the constitution.

Addressing the following queries would assist to comply with the request and to raise the level of confidence in the electoral mechanism for the 2018 upcoming elections:

Is it necessary and possible to have had ‘due process’ done on all of those registered electors, and could this be verified?

Could a JP certify or declare that a citizen meets all of the registration requirements without he/her seeing, or without he/her understanding, the pertinent documents (and claims) such as a legal passport, legal certificate of citizenship and proof of legal stay in the country with ordinarily resident in a particular constituency?

Could there be persons pretending to be JPs, but who are not named in the latest gazette of government’s certified list of JPs, and does such a gazetted list exist and [has it] been consulted?

The Electoral Observation Mission of the Organisation of American States (EOM-OAS) has been noted to form a regular presence during Grenada’s elections and then presents pertinent reports with valuable recommendations. However, it will be foolish and naïve of the Parliamentary Elections Office (PEO) to rely on the directions of the EOM-OAS from the upcoming 2018 general election, underlining the need for ‘due process’ with improved regulations on the registration of electors, and specifying that a current Government Gazette containing the names of valid justices of the peace be in the public’s domain, especially for elections purposes.

I trust that the voters’ list will be purged thoroughly from all illegal and unethical entries, to ensure a sound and satisfying 13 March 2018 elections, and that there will be no cause on your part to bring the good office of the Parliamentary Elections Office into question. 13 March must not date another controversy in Grenada’s history. Please be guided accordingly, with particular reference to section 10 (and section 18) of the principal act (Cap 286A) which advises that the supervisor of elections has the duty to delete the name of a registered elector after he determines that the elector “… otherwise ceased to be qualified by virtue of this Act or any other law.”

NOW Grenada is not responsible for the opinions, statements or media content presented by contributors. In case of abuse, click here to report.
Tags: alex phillipelectionelectorjoseph robertsrepresentation of the people actvote
Next Post 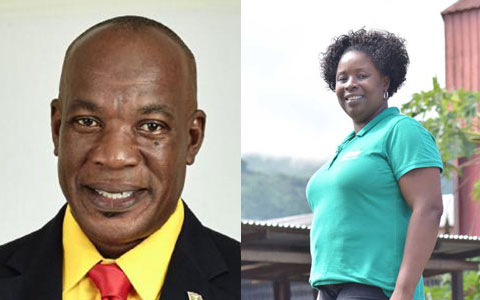