This story was posted 3 years ago
in PRESS RELEASE
8 min. read

His Excellency Jovenel Moise, President of the Republic of Haiti and Chairman of the Conference of Heads of Government of the Caribbean Community;

Other Heads of State and Government;

Other Heads of Delegation;

Representatives of the Media;

People of the Caribbean Community.

I am truly pleased to be here in the Republic of Haiti, aptly described in the words of Professor Hillary Beckles, Vice-Chancellor of the University of the West Indies (UWI), as “this hemisphere’s mother of modern democracy; and as the…cradle of the first ethical civilisation.”

President Moise, my delegation and I are extremely appreciative for the generous hospitality which has been extended to us by you and the Government and people of Haiti.

Mr President, as the first free black Nation, Haiti’s liberation struggle is inextricably linked to the Caribbean struggle. The fraternal ties and roots between Grenada and Haiti, for instance, go deeper than many may appreciate — Henri Christophe, one of the key leaders in the Haitian Revolution, was born on 6 October 1767, in Grenada.

Mr Chairman, it is for these reasons that our Caribbean Community has stood resolutely in our defense of Haiti, and the principles of equality, justice, and right to self-determination, for which Haiti has paid, and is still paying, an enormous price.

Mr Chairman, the people of Haiti have also taught us phenomenal lessons in resilience, and we bring these lessons to remembrance at this crucial time, as our Region undertakes the task of rebuilding, after the devastation brought to many of our Islands, less than six months ago, by Hurricanes Irma and Maria.

Having assumed the Chairmanship of this Conference last July, our Caricom solidarity was fully demonstrated when members of our Caricom family were confronted with a multi-country devastation never before seen in our Region.

Caricom Governments, institutions, civil society organisations, and the People of our Community were among the first responders, with massive outpourings of generosity and a spirit of compassion and Caribbean unity, which highlighted the best in us.

I offer profound gratitude to all those who so willingly extended a helping hand to our brothers and sisters in the affected countries.

I also seize this opportunity to express our heartfelt appreciation to those Corporate and International Development Partners and friendly States who made, and are fulfilling, the pledges committed to at the Caricom-UN High-Level Pledging Conference held last November.

As Caricom States, we must now work to establish smart international partnerships and collaborative efforts to achieve the resiliency that we need.

In that regard, our engagements at the highest level in the last quarter of 2017 with the Presidents of Mexico and Cuba, enabled us to solidify those relationships, and resulted in increased threads of co-operation, particularly in disaster risk management.

Internationally, as Chairman of the World Bank Small States’ Forum, I have, at every turn, including at COP 23 in Bonn late last year, underscored Small States’ susceptibility to natural disasters, and outlined the challenges of swift mobilisation and disbursement of needed financial resources to those countries that may not have easy access to concessional development finance.

The Coalition seeks rapid implementation of a US$8 billion climate investment plan that will transform the regional energy system, build resilience, drive economic growth and set us on the road to becoming a climate resilient Region.

Colleagues, the resilience we require, of necessity, must also include our social, economic and technological capacities.

This brings into focus the importance of completing the measures to fully implement the Caricom Single Market and Economy, which is key to building our economic resilience by ensuring that we trade freely intra-regionally; particularly in agriculture products, which, for many of us, form the backbone of our exports.

What is also needed is an urgency to apply the approved Implementation Plan for the period 2017-2019 to accelerate the use of the measures under the regime. At our meeting last July, we approved the Human Resource Development 2030 Strategy, along with an accompanying Action Plan, to build skills among our people.

Within that plan, there is emphasis on maximising the use of Information and Communications Technology (ICT), a major tool in driving development.

This would enhance the environment for investment, productivity and innovation; support a sustainable increase in growth and jobs; enhance efficiency in and increase access to public services.

To facilitate progress in the sector and improve our technological resilience, we also approved in July a Roadmap for a Single ICT Space.

There has also been progress in strengthening the role of statistics in our decision-making. Following our endorsement of the preparation of the Caricom Regional Strategy for the Development of Statistics, the Assessment Phase of our statistical capabilities has been completed.

Work has also been advanced on its Draft Strategic Framework, with the aim of presenting it to the July Meeting of Conference.

We have been steadfastly putting the pillars in place to build a society that is viable and sustainable, but there are undoubtedly significant challenges that have to be overcome, both internally and externally.

Last December, a number of our Member States, including my own country, Grenada, were unfairly and unjustly classified as non-cooperative tax jurisdictions by the European Union, although our Member States have diligently met the standards set by the relevant regulatory authorities, such as the Financial Action Task Force and the OECD Global Forum.

This decision by the EU is based on new and unilaterally-determined criteria that go beyond those generally accepted international tax transparency and accountability standards.

That list has since been amended to remove some countries, including Grenada. However, warnings have been issued for others to meet the EU’s unilateral criteria by the end of March, including countries that have been devastated by the hurricanes last September.

A major consequence of this “blacklisting” is the de-risking strategies being employed by certain international banks, resulting in a detrimental impact on the trade and financial operations of our economies.

Let us not forget that most of our countries, including those affected by the hurricanes, have been classified as middle income solely on the basis of GDP.

This has resulted in them being graduated out of access to concessional development financing.

There must be urgent rethinking, internationally, on these two important matters that affect our small vulnerable countries. In the first instance, there should be one international standard with respect to tax transparency and accountability, to eliminate arbitrary rules and regulations from various jurisdictions. Secondly, vulnerability must be a factor in considering access to concessional development financing.

Colleagues, we have seen that, as a Community, when we unite, the Region as a whole benefits; but our public spats and divides on major relevant issues affect all of us—none more so than our regional constituents.

The issue of Regional Transportation and Travel continues be a major challenge.

As a Community, we must take due responsibility for our failure to improve in this regard. Addressing matters of connectivity among our people is an urgent priority for which we cannot have this continued divide.

There is a critical need to reduce the cost of intra-regional air travel. Colleagues, I echo my call made at our Heads of Government Conference last July for Colleague Heads to collectively agree to reduce the airline ticket taxes, and some other fees which attach to intra-regional air travel. Again, this would represent a significant installment to the regional integration account.

Further, I continue to strongly believe that the premier air travel carrier for the region must be made to operate as an efficient and sustainable business, without the direct influence of politicians or governments.

Mr Chairman, it should come as no surprise that I continue to also highlight the state of West Indies Cricket, another burning issue for which our Community’s must take due responsibility.

West Indies Cricket is a regional public good, and must, therefore, be subject to a regulatory framework, recognising its public good character.

Colleagues, I was heartened by the recommendations of the Prime Ministerial Sub-committee on cricket, which among other things, recognise that the public good nature of West indies cricket requires the forging of a governance framework that respects the rules and independence mandated by the ICC; but which also provides a proper framework for all stakeholders in the governance of West Indies Cricket.

Colleagues, we must move beyond entrenched polarised positions, which have not been helpful to the re-emergence of West Indies Cricket supremacy. I urge the Chairman of the sub-committee, and my good friend, Ralph Gonsalves, to seriously re-examine the recommendations, and champion our approach to addressing this issue so that West Indies cricket does not continue to wallow in the land of under-performance and mismanagement.

Colleagues, of necessity, this Community must address its lack of internal cooperation. We cannot continue to agree on positions behind closed doors, only to publicly push a different agenda.

Colleagues, while we are on the issue of Caricom unity, we must highlight, and rightfully be disappointed by our failure, as a Body, to commit to a unified position, while abiding by the principles of non-interference, on the political challenges in our friend and neighboring country, Venezuela.

The time has come for us as a region, to have a “blue print” on how we address certain issues within the Community and with our allies. It is imperative that we stand strong and united in the international community, especially on matters of principle.

Recently, two notable votes at the United Nations presented opportunities for us to make a powerful statement that, despite our individual or bilateral interests, we can remain united, and impenetrable in the face of specific agendas.

Our credibility and strength as Caricom must not be shaken even when attempts are made to divide us.

Colleagues, we will render ourselves irrelevant if we do not urgently reconsider our processes and commitment to each other in this Body.

Mr Chairman, colleague Heads of Government, we have spent 45 years building our Community. Over those 45 years we have had our ups and downs.

We have shown that we are resilient enough to withstand the stones and arrows and ensure that we stay on course.

It is that well of resilience from which we will have to draw, as we seek to recover and rebuild after one of the most eventful years that our Caribbean Community has ever experienced.

I have no doubt that collectively, we can surmount the challenges. Let us, therefore, continue to band together, and ensure that we build a resilient Caribbean Community for the benefit of our children and grandchildren. 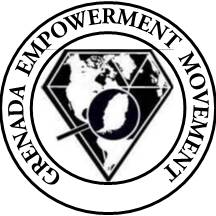