This story was posted 3 years ago
in Agriculture/Fisheries, Business, Health
3 min. read 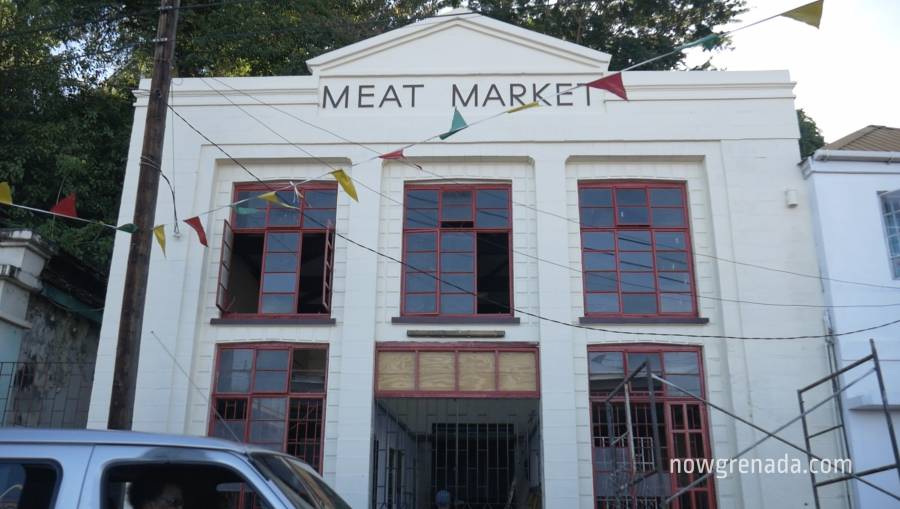 The renovations and expansion work of the Meat Market building on Melville Street in the Town of St George is estimated to be completed in 3 months, according to Chief Technical Officer in the Ministry of Works, John St Louis.

To facilitate the renovations, a temporary facility for 6 butchers was built at the far end of Melville Street, opposite the gas station, to accommodate the sale of meats. “If everything goes as planned we should have a facility ready to go, but where the butchers are now is quite comfortable; people [are] going there and purchasing their meats,” he said.

St Louis says the facility, once completed, promises to be state of the art. The plans call for improved facilities, including a chill room which they never had before, a toilet facility, and an enhanced area to sell meat. Customers would also experience better sanitary conditions when purchasing meat. The construction work is costing the government in excess of $80,000.

A 1988 IICA report ‘Grenada Appraisal of the Agricultural Sector for Policy and Project Identification,’ which stated the “central abattoir in town is in very poor shape and the location is not suited. A relocation is in place, if throughput is increased and justify any investment.”

St Louis reiterated a statement by Gregory Bowen, Minister for Works, that all slaughtering of meat would take place at the recently completed Mirabeau Abattoir and will be distributed for sale by delivery trucks to various meat markets. “As you can see there wouldn’t be any slaughtering of animals there (at Melville Street). All slaughtering will take place at the Mirabeau slaughterhouse and the meat will be transported by our refrigeration trucks to the new location.”

Immediate Past President of the Willie Redhead Foundation (tWRF), Norris Mitchell, confirmed to NOW Grenada that the Meat Market building was constructed in 1920, and the adjacent buildings housing the Abattoir and Lairs are dated 1820–1830. The older buildings were constructed of ballast brick with roofs of red clay fishscale tile. These buildings are on the List of Historical Buildings of the Town of St George, produced in 1999–2000 by the foundation, with funding from the French Embassy in St Lucia. The embassy, as part France’s interest in their overseas heritage, also funded the renovation of Simmons Alley, which links Young and Church streets.

Efforts to confirm from the Ministry of Works whether the Abattoir and Lairs buildings are also part of the renovation project, have so far gone unanswered.