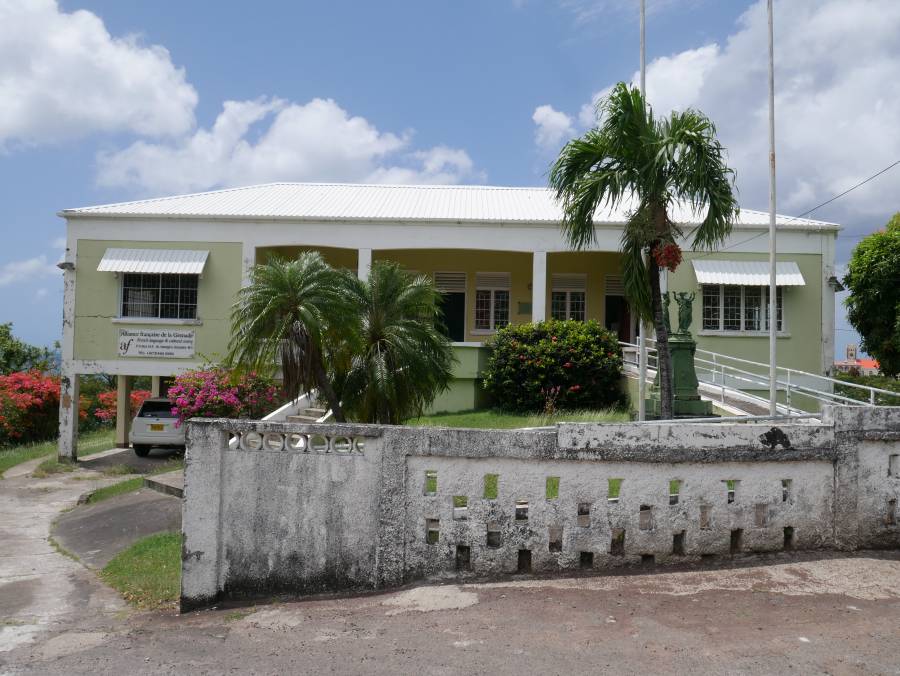 This story was posted 4 years ago
in Arts/Culture/Entertainment, Education
3 min. read

Alliance Française de la Grenade (AFG) is to restructure its services after experiencing yet another challenging financial year.

Stemming from a meeting in St Lucia on 26-27 February that brought together all Alliance Française directors and presidents, some decisions were made regarding the French Alliance’s response to those challenges.

These challenges, according to Director Ilona Forte-Gilbert, are not unique to Grenada; and are reported to exist among the Alliance Française throughout the Caribbean. “Most of the Alliance Française in the region are experiencing some serious challenges. The main challenges are finances. We also have a serious human resource problem and those who own their buildings are experiencing some structural problems. In Grenada, our greatest challenge is the location of our building because there are people interested in learning the French language, but our present location is not convenient for everybody.”

Alliance Française de la Grenade was established in 1953 to promote French language and Grenadian cultures facilitating the cross-cultural exchange between Grenada and France.

Forte-Gilbert said as part of the restructuring efforts the AFG will be decentralising its services throughout various parishes. “Because we have businesses closing at late hours, we have people wanting to have French classes at night and on the weekends, which is a service we cannot provide at the moment due to lack of human resources. So, we are looking into taking French classes to the outer parishes because we really want to reach the people and provide the type of services people need.”

The director believes this move will increase the numbers of people taking French classes and increase AFG membership and its financial position.

Alliance Française will be rolling out a pilot project to introduce DELF, a French language diploma at the secondary level to facilitate studying at French universities. Forte-Gilbert said, “This diploma being offered as a complement to CXC to be able to open doors for students to have direct access to French Universities for almost free of cost. University study in French is free for French nationals paid by the state; a foreigner who wants to study in France will pay a minimal administrative cost, and we try to encourage that.”

AFG is engaging the Ministry of Education to endorse this project before it can be piloted in secondary schools. Starting next week, the Alliance Française will recognise Francophonie Week and International Francophonie Day on 20 March dedicated to French-speaking activities.

Forte-Gilbert spoke of the activities planned for next week. “This year we have an international competition for people proficient in the language, and it is going to be happening all over the world. The winner gets an all-expense paid trip to France in 2019. We also organise a French Music festival on the 21 June which is recognised a world French day of music. Over the years we brought in a French entertainer to perform or used our local groups as well. This September we have a gastronomy festival which we hope to collaborate with some of the local restaurants.”

The international competition consists an exam on Tuesday, 20 March to test proficiency in the French language and part 2, participants will submit an essay in French to be corrected in France. The topic of the essay will be given on the day of the exams and is expected to be submitted by the 13 April.

Last year, the AFG certified an additional 3 French Teachers in grading the DELF/DALF exams bring the total number of teachers to 4 on the island. They are Roger Williams of Happy Hill Secondary School, Kymmala Francis of JW Fletcher Catholic Secondary School and Ikashacu Hamlet of MacDonald College.

The evaluation was conducted by Sabrina Lipoff, Deputy Director of the Alliance Française of Saint Lucia.

NOW Grenada is not responsible for the opinions, statements or media content presented by contributors. In case of abuse, click here to report.
Tags: alliance francaisecurlan campbelldelf/dalf examsfrancophoniefrenchlanguagerestructure
Next Post