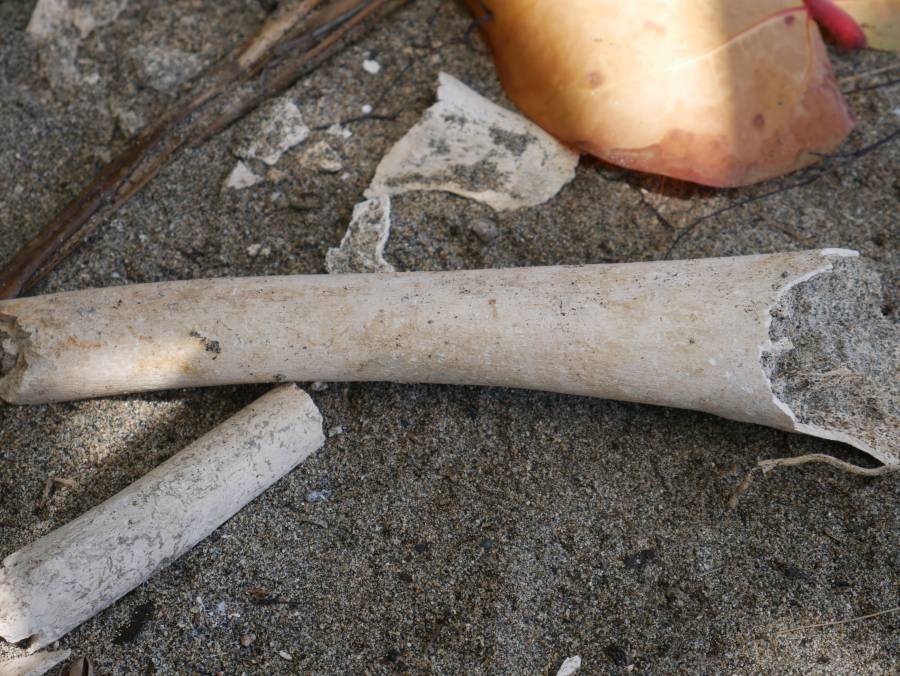 This story was posted 4 years ago
in Environment, Travel/Tourism
5 min. read

Archaeologists are fighting to preserve an indigenous Amerindian site in the north of the island after heavy sea surge exposed and is eroding a burial ground.

A team from Leiden University led by Professor Dr Corinne Hofman has been permitted by the Ministry of Tourism and Culture to conduct small-scale excavations in Sauteurs in a bid to salvage the skeleton remains before they are forever lost. Their involvement became necessary after residents reported skeletal remains and artefacts being washed up on the beach.

The Amerindian site at Sauteurs is one of several sites explored in the early 80s by the Foundation for Field Research (FFR) and the University of Florida. NOW Grenada visited the site on Tuesday together with the team from Leiden University and witnessed the extent of the erosion caused by wave action, which continues to expose the burial site.

Hofman said sites situated along the coast are extremely vulnerable. “What we have seen at Sauteurs we also see around the coast of many Caribbean islands: an increase in coastal erosion and enormous wave action. This uncovers a lot of the Amerindian artefacts which are located in coastal areas, and this is what occurs at Sauteurs [and what] has been happening all around Grenada in recent years, for example, in La Poterie, Telescope Point and Pearls which are vulnerable.”

Hofman indicated this dire situation has led her team to attempt to collect those human remains and artefacts but admits there are limitations as to what they can do. “What we have been trying to do over the last few days was to rescue as many as possible some of these human skeletal remains that we have been encountering on the beach, but we cannot rescue every ceramic we find so we have been focusing on the human remains. I know in the late 80s there was a similar situation at Sauteurs, and the University of Florida have discovered burials at that time, I think 18, which can be found at the museum in St George’s. What we would like to do is to assemble both finds and make a study out of that.”

Part IV of the Act provides for the ownership and rights of the state in respect of every artefact in the State of Grenada. It stated that government has the right over all artefacts in Grenada and any attempt to resist such rights or attempt at removing such artefacts are in violation of the law and can be fined $10,000.

Hofman has commended the government for recently passing the Grenada National Museum Act but says more needs to be done to enforce the legislation to protect these sites.

“We are awaiting implementation because what are we going to do with these severely damaged and threatened archaeological sites that we have on the coast? The rate at which we are seeing these sites disappearing means that if it continues like this, in a few years the Amerindian history is partly destroyed for good.”

There are also concerns within the Sauteurs community that the nearby breakwater project may also be impacting the Amerindian site.

Archaeologist Jonathan Hanna, a student at Penn State University, is presently completing his doctoral dissertation, documenting the chronology of the early settlement in Grenada. He is extremely concerned about the impact of wave erosion on the Amerindian burial site. “This just highlights where we are at as a country. There are laws in place, and people are becoming more interested, and we have made progress as compared to 10 years ago, but we still haven’t made the jump to implementing in a holistic way to deal with these problems. Whenever someone finds an Amerindian artefact that should trigger a protocol to follow — which we don’t have at the moment — which is to call the museum. The museum should put a team together to investigate and put a team together to document and try and mitigate the situation.” 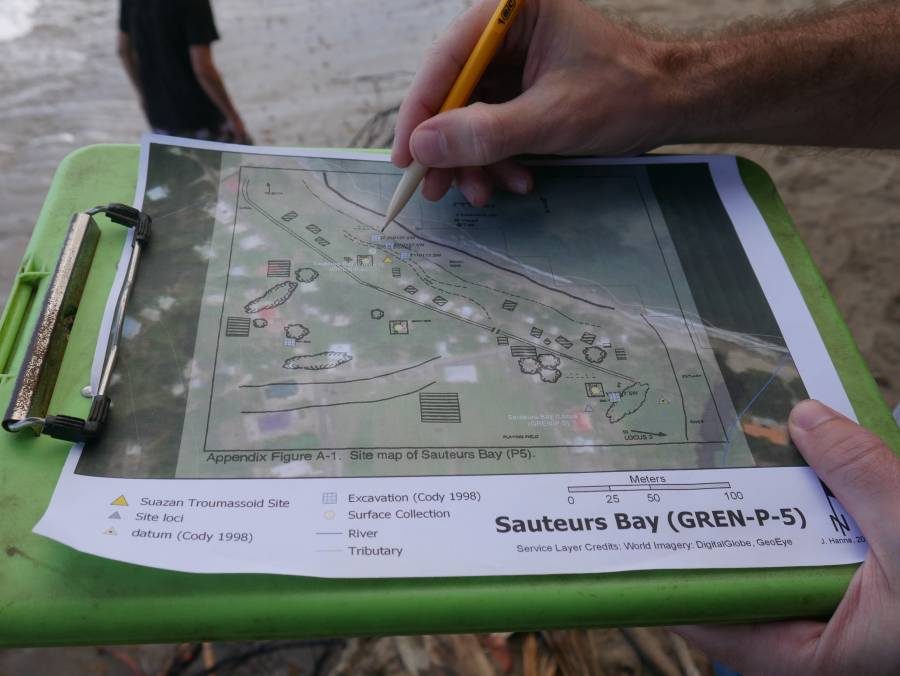 Meanwhile, the non-profit organization, Mt Rich Youth Cultural Environmental Development Organisation (MYCEDO), has taken ownership of the community’s rich historical legacy and through a grant fund from the Market Access and Rural Enterprise Development Programme (MAREP) and has restored the community’s Carib Stone interpretation centre which was dilapidated for some years.

Mt Rich is home to several Amerindian artefacts including the popular petroglyphs carved on a large boulder located on the banks of the St Patrick River just meters away from the interpretation centre.

The organisation gives guided tours on the historical significance of the petroglyphs which date as early as 700 AD. These petroglyphs are said to depict the animal spirits of the ancestors that control nature. With this rich history, why was the previous structure allowed to deteriorate? Public Relations Officer Kemron Mark said the previous building was not well received by the community partially because they were not involved in the process and did not have a sense of ownership of the project. He said now that a community organisation has taken up the mantle to revive the interest of the historical site, he believes the community is now more involved.

“In the construction of the previous building, there was little to no communication with the community. Therefore, the community paid no interest in the building and left the building exposed to the elements of the weather. So we as an organisation decided that since we have a structure already standing there, we thought it fitting to take advantage of the funding provided by MAREP… so we can protect and preserve our cultural heritage.”

The interpretation centre is expected to launch officially in late March, and the organisation intends to undertake a massive campaign to promote the site as a tourist destination.

Presently there are 84 known Amerindian sites in Grenada, of which 16 are destroyed. Each of the remaining 68 has a major threat to its existence, with only a handful studied. In response to my email, Heritage Conservation officer within the Ministry of Tourism Michael Jessamy thanked me for my interest in this topic of heritage conservation and noted that the subject calls for some serious discussions and that those discussions can be facilitated at a later date.