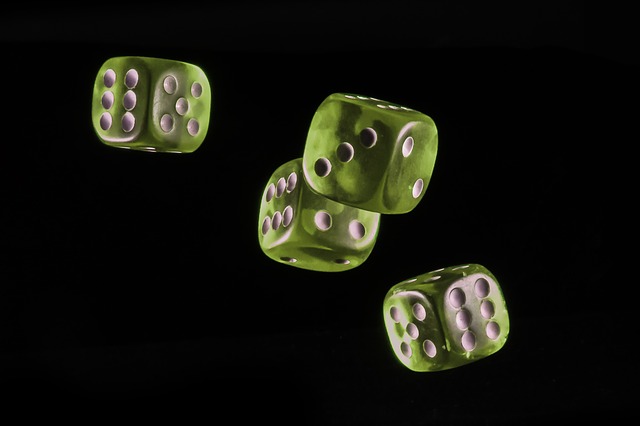 The historic win of the New National Party (NNP) in the 13 March 2018 General Election tends to set a definite perspective on the legacy of Dr Keith Mitchell, who controversially took leadership of NNP from Prime Minister Herbert Blaize in January 1989 at its convention and he has since been the leader of the party.

Undoubtedly, the political profile of Mitchell, in certain terms, is exceptional and unprecedented in Grenada and even throughout the Caribbean region. He has been the longest-serving parliamentarian, the prime minister for the most times, and has led a party with the most clean-sweep at elections. However, while some people would attribute ‘astuteness and appeal’ as his assets, is Mitchell really to take full credit for his so-called political successes, especially at the February 2013 and the March 2018 elections?

What defines and who determines political success? Could there be political success at the expense, decadence, peril and uncertainty of a nation? Is political success applicable only to the leader of a party? The highlight of political success seems to be based on the performance of a party at general elections, as it has been the usual case that whenever the party loses an election, there are calls for its leader to step down from that position. Should the leader of a winning party be proud of success when the people signal that they are politically unconscious, socially vulnerable, economically dependent, morally depraved and spiritually bankrupt? When Dr Mitchell achieved his first resounding sweep in January 1999 even after his NNP’s one-seat majority government collapsed by senior minister Dr Raphael Fletcher citing gross corruption and mismanagement; did this 15-0 win vindicate Mitchell from the accusations or did it express the people’s acceptance of and confidence in his governance?

Although all attention and accolade are directed to the political leader from an elections win, the organisers and strategists are critical to the success. The resources and the electorate have to be mobilised, and the campaign process has to be of thorough control. Although the NNP seems to have a much more robust and rewarding electioneering machinery than its main rival, the National Democratic Congress (NDC), NNP’s consecutive great feats at the February 2013 and March 2018 elections have been realised mainly by the catalyst of attorney Peter David. In fact, David’s outfit and its influence have been the ‘deciding factor’ in the outcome of elections 2008, 2013 and 2018; whether or not this has been in a positive or in a negative way.

Peter David could be considered to be the most prominent and powerful figure in the politics of Grenada. He had a leading role in the ‘Marxism-Leninism’ People’s Revolutionary Government (PRG) of Maurice Bishop, from March 1979 to October 1983. The PRG was formed after the overthrown of the Grenada United Labour Party (GULP) government of Prime Minister Sir Eric Gairy by the New Jewel Movement (NJM) party due to alleged atrocities and autocracy; but PRG self-destructed by what is said to be a leadership battle between prime minister Bishop and his deputy Bernard Coard and in which it is alleged that David was embroiled. The bloody friction bred the short-lived Revolutionary Military Council (RMC) regime which was crushed by a United States of America-led military intervention to restore democratic constitutional rule.

In 2000 Peter David joined the NDC, but with uneasiness and mistrust amongst its members. He then became the parliamentary representative in 2003 and in 2008 for the Town of St George, amidst humiliating pronouncements and vehement legal protests by Mitchell and his NNP government. After being expelled from the executive of the NDC in September 2012 as a result of defiance, conflicts and deviance, David and eventually his colleagues, including once-career trade unionist and declared atheist Chester Humphrey who has been regarded as his principal confidant and adviser, befriended the NNP. David was endorsed by NNP in May 2014 and ran on the party’s ticket in the 2018 elections to secure the town constituency again.

Peter David has a political force which cannot be ignored and must not be underestimated. An empirical analysis of the results of the 2003, 2008, 2013 and 2018 elections would reveal the bearing of David in the democratic political arena.

Peter David may not have only provided resources, strategies, synergies and a constituent of voters to the NNP, but he presented a capable, vibrant and loyal team which, interestingly before, has been very ‘bitter and disdainful’ enemies of prime minister Mitchell. The coming together of David and his team with Mitchell and his party speaks about political accommodation of political expediency for both sides, which is not uncommon in politics. However, this accommodation or merging must be questionable and of concerned, especially when the political background and philosophy of both sides are radically different. How sound and sincere is Mitchell’s embrace of David’s Project Grenada toward a One-Party State?

The NNP is now really ‘two parties in one’, but this ‘baffling scenario’ would be dissolved when the leadership has been passed to, or gained, by David and then he having the party totally rebranded to meet the pertinent objective. It should be apparent that a paradigm shift in the politics and governance of Grenada is on the horizon. Would this shift be a return to and resurrection of the geo-political and socio-economic policies of the revolution (PRG) having close ties with the socialist/communist countries such as Russia and China, or would it be a furtherance of the NNP’s “keep moving” theme on its 2025 Vision, or would it be a moderate hybrid of both? Review the previously internet-circulated article, “Grenada’s 2018 Elections: Beyond the Issues!”, which attempts to enlighten and sensitise the people on the trajectory of the political governance of the nation; a critical issue not raised in the elections platforms.

Instructively, the NNP was formed with the coming-together essentially of 3 different political parties in August 1984, for the ‘moderate reason’ to ensure the demise of both the GULP and the NJM/PRG/RMC. In October 1987 the NDC was born from internal tension, fragmentation and defection from NNP. Whilst GULP may have been extinct, NJM/PRG/RMC is on the rejuvenation with a ‘soft revolution’ to complete its mission. NNP and NDC have dominated Grenada’s politics in this post-revolutionary era, but each party has always had fragments of the NJM/PRG/RMC actively playing key roles. It now seems that the NNP has evolved with a ‘revolving cluster’ of these fragments, which has been institutionalised to the extent of even holding the office of President of Grenada’s Westminster parliamentary system.

Whose political game is it? Whose elections win is it? Is it Keith Mitchell or Peter David? But again, who did the Grenadian people voted for on 13 March 2018; Keith or Peter?

NOW Grenada is not responsible for the opinions, statements or media content presented by contributors. In case of abuse, click here to report.
Tags: electionkeith mitchellpeter davidpolitics
Next Post