The Parliamentary Elections Office (PEO) reports that as of midday there is a higher turnout of police officers for today’s Special Polling Day when compared to the 2016 Referendum polling day. Less than 35% of officers cast ballots on the special polling day for the referendum.

The elections regulations provide for police officers to vote ahead of the general election day. Grenadians are scheduled to vote on 13 March 2018 to elect a new government.

Alex Phillip, Supervisor of Election, said that as of midday there are reports of between 50% to 75% of officers already casting their ballots. “The referendum had a low turnout, but there is a clear indication that there is a higher turnout for the general elections,” he said.

At the end of the day, Phillip will be able to confirm the percentage of the fewer than 900 officers who cast their ballots. These ballots will then be sealed and put in safe keeping. They will be opened and officially counted on General Election day in the various constituencies and be included in the general count.

A little more than 78,000 persons are registered to cast ballots in the general elections which are being contested by 45 candidates representing 7 political parties as well as 2 independent candidates.

The 2 main parties are the ruling Dr Keith Mitchell led New National Party (NNP) which won all 15 constituencies in the February 2013 General Election, and the National Democratic Congress (NDC) which was voted out of office in 2013.

According to statistics from the PEO, the NNP won the 2013 General Election after receiving a total of 32,205 of the votes cast or 58.49%, while the National Democratic Congress (NDC) received 22,377 votes or 40.46%. Despite receiving that percentage of votes, the party was unable to represent in the House of Representatives because of the ‘first past the post’ system used by Grenada. 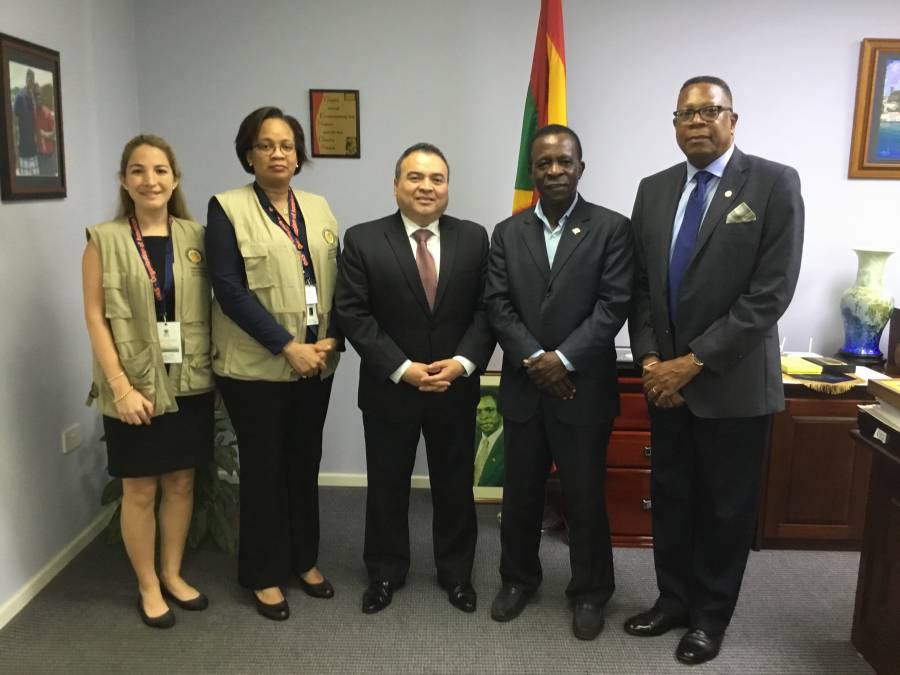