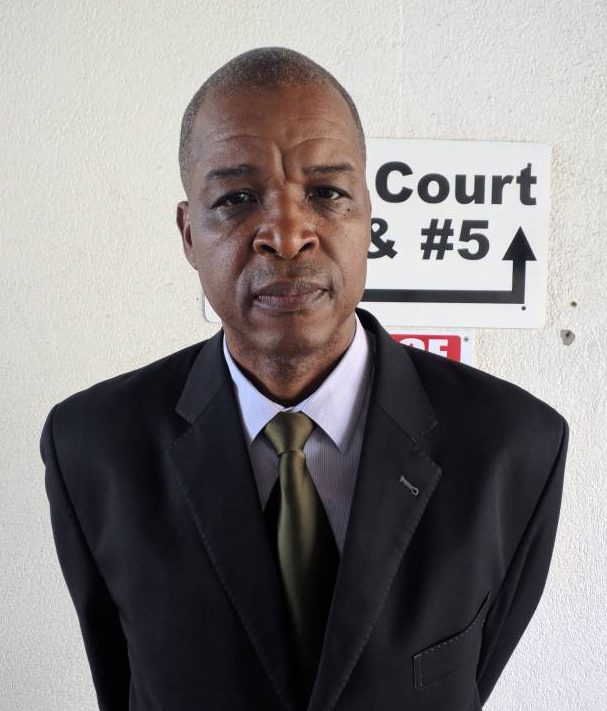 This story was posted 4 years ago
in General News, Youth
4 min. read

Edwin believes the draconian procedure of allowing underage victims of sexual violence to give their testimony in court, goes against the recommendations stemming from the JURIST Project and his moral conscience.

“I represented a defendant at the Victoria Magistrate’s Court and I heard the magistrate say, “Mr Edwin, your witness,” and I looked around the court for my witness to cross-examine and all I can see was a child’s head above the witness box. I will tell you that I cringed because I saw the child gasping for air and at the same time had to be asked by the judge to speak up.”

Under the Canada-funded Judicial Reform and Institutional Strengthening (JURIST) Project, UN Women commissioned a baseline study on the legislation, protocols, and court systems for sexual offence cases conducted in 5 Caricom countries which highlighted major gaps in the court system when dealing sexual offences.

This study was done in conjunction with Caribbean Court of Justice (CCJ), judiciaries of Trinidad and Tobago, Jamaica and Barbados, UN Women, UNICEF, the Caricom Secretariat and UWI (Jamaica) which makes up the projects advisory committee.

Edwin is quite adamant Grenada follows suit in order to protect the nation’s children. “In our law, a child above 8 to 14 years old can be cross-examined to explain how, when and why that child is a victim of sex abuse. The international standard states a child who is a victim of sexual abuse is NOT allowed to give any testimony in a courthouse. I am calling for the adoption of the JURIST Project protocol on the treatment of children of sexual abuse to be questioned in the judge’s chambers, not in the courthouse.”

International best practices allow for victims of sexual abuse or witness to have a supporter present at all times when being cross-examined. This should be conducted in a private live link room to ensure that emotional support is provided and to improve the accuracy of their recall.

The following guiding principles were submitted by Legal Consultant, Diana Shaw in 2016 and are expected to be adopted by the judicial system in various regional territories. These recommendations have already been adopted by Jamaica and Antigua.

President of the Grenada Human Right Organisation, Milton Coy, has joined the call to implement that JURIST Project recommendation. Coy said this is long overdue. “We support the stand taken by attorney Jerry Edwin because when I listen to the trauma that takes place on the court when a minor is cross-examined. I think it’s a blatant abuse of the victim’s rights.”