This story was posted 4 years ago
in Environment, Weather
2 min. read

The report surfaced after National Disaster Management Agency (NaDMA) issued an orange alert for the submarine volcano due to heightened activity.

NaDMA Coordinator Sylvan McIntyre refuted those claims in an interview with NOW Grenada, noting that “make-believe seismologists, forecasters and geologists” were making very good use of social media.

He said, “We are advised by the experts responsible for warning the Caribbean, The University of the West Indies Seismic Research Centre, and so far, our scientists have not indicated that there is any imminent eruption. The earthquakes and volcanic activities experienced are something that we are monitoring closely.”

McIntyre said this is still not a time to become complacent. “If people experience any tremors or see anything unusual they should report it, but we want to reassure the public that our monitoring instruments placed in and around Kick ’em Jenny are very useful, current and are carrying real-time data to Trinidad. They are analysed and sent back to us, and as we get the information, we will inform the public accordingly.”

This is not the first time this month the agency has responded to false reports issued on social media. On 5 March, coinciding with an earthquake in Costa Rica, a report circulated on social media warning the Grenadian public of an impending tsunami.

McIntyre urges the public to rely only on credible information from relevant agencies before sharing such social media content. “It is always a challenge for us to stay on par with social media. It is hoped that people will be conscious enough to know that the information could have far-reaching negative implications, and as such we will not want the public to engage in information that can spread panic and could lead to loss of life. We are also asking people to be mindful of what they say can also have a negative impact.”

NaDMA reminds the general public that all official disaster-related information is only considered authentic when it is disseminated through their official email and by the relevant personnel at the agency.

NaDMA is considering reducing the alert back to yellow effectively within the next 24 hours because of a considerable decrease in activities at the submarine volcano. Until further notice, an alert level for Kick ’em Jenny is still in effect for ships and other marine operators to observe the exclusion zone of 5 km/3.1miles.

NOW Grenada is not responsible for the opinions, statements or media content presented by contributors. In case of abuse, click here to report.
Tags: curlan campbellexclusion zonekick 'em jennynadmavolcano
Next Post 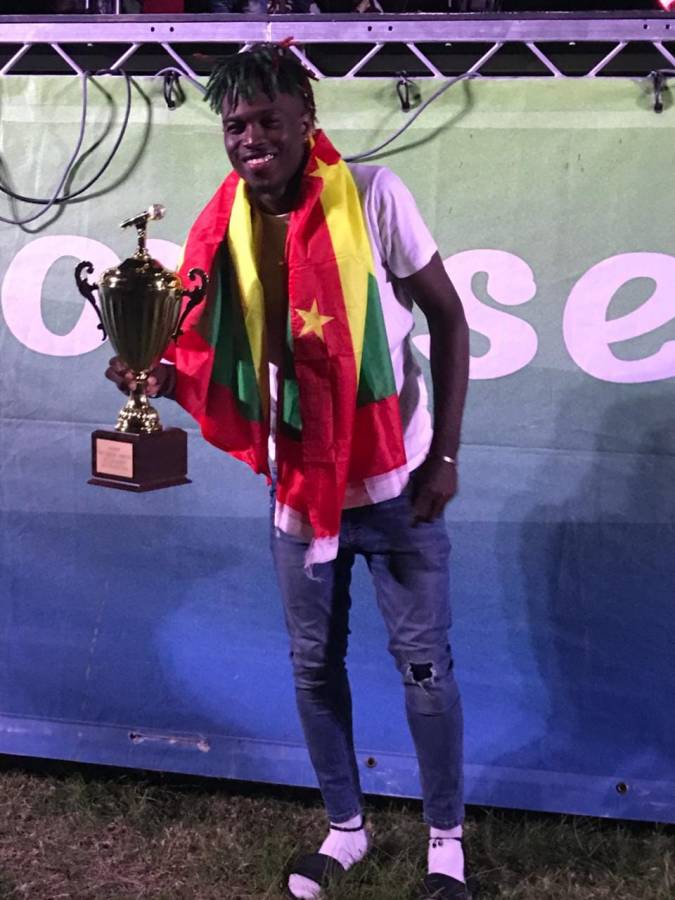 SMC congratulates Boyzie on being crowned the 2018 OECS Soca Monarch