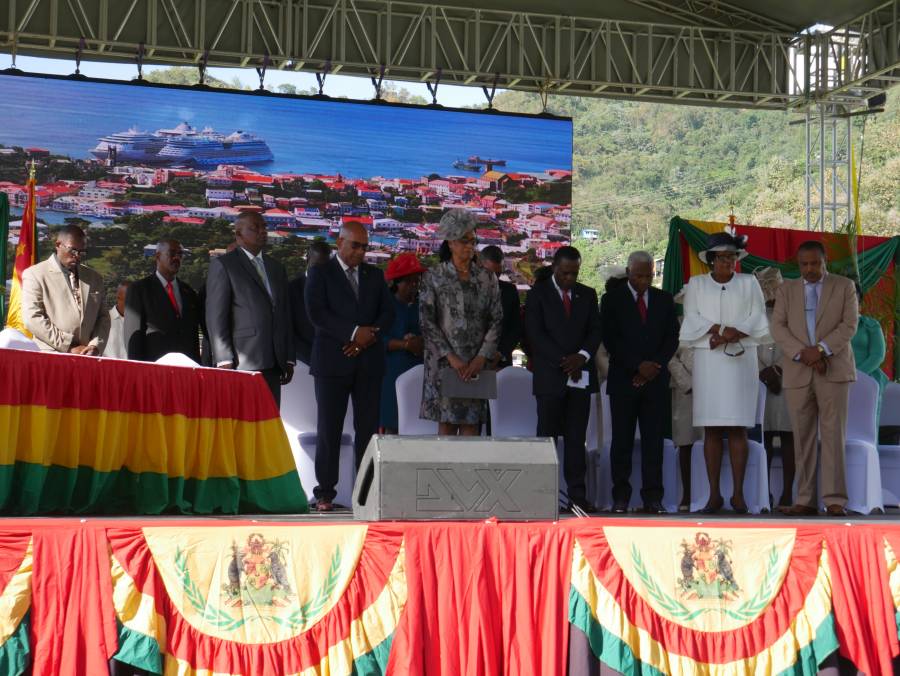 This story was posted 4 years ago
in General News, Politics
3 min. read

Dame Cécile La Grenade, Head of State, has urged the new cabinet ministers that they should always act in the best interest of the citizens they represent and let every action be one that will bring greater benefit for the nation.

“I trust that as Ministers of Government you will honour faithfully the mandate given to you by your appointment and the special confidence which has been placed in you. It is my hope that you will act, always in the best interest of each and every citizen and I urge you all to do so for the greater benefit of our nation,” she said, congratulating and wishing them success as they begin their tenure.

“Our country will rely on your dedication to duty, commitment to service and fairness in your actions for its continued growth and development,” she told the cabinet which comprises 13 elected Members of Parliament and 3 selected senators.

In his address, Prime Minister Dr Keith Mitchell said that the members of the team who have taken the oath of office represent some of the most dedicated and passionate men and women in the country.

“Those elected, and those so appointed, are not to be Lord over the people; but their servants,” he said, reminding those who were witnessing the ceremony that the ministers have entered this covenant with the people fully cognisant of the challenge ahead, but willing and able to face them head-on.

Two of the first-time Members of Parliament will be serving as junior ministers in the cabinet of the new Keith Mitchell Administration whose ministers took their oath of office on Sunday at the National Stadium.

Hundreds turned out to witness the swearing in of the ministers, 12 days after the New National Party (NNP), led by Dr Keith Mitchell was re-elected to govern the affairs of the country for the next 5 years. The NNP won all 15 seats in the House of Representatives, and as a result, 2 will not be able to serve in the cabinet. Anthony Boatswain had already said he opted to focus on serving his constituency, and Tobias Clement who is a lecturer at the St George’s University again opted to serve his constituency and will remain in his job.

The junior ministers are:

The other cabinet ministers are:

NOW Grenada is not responsible for the opinions, statements or media content presented by contributors. In case of abuse, click here to report.
Tags: cabinetcecile la grenadegovernor-generaljunior mnisterlinda strakerministeroathsenator
Next Post