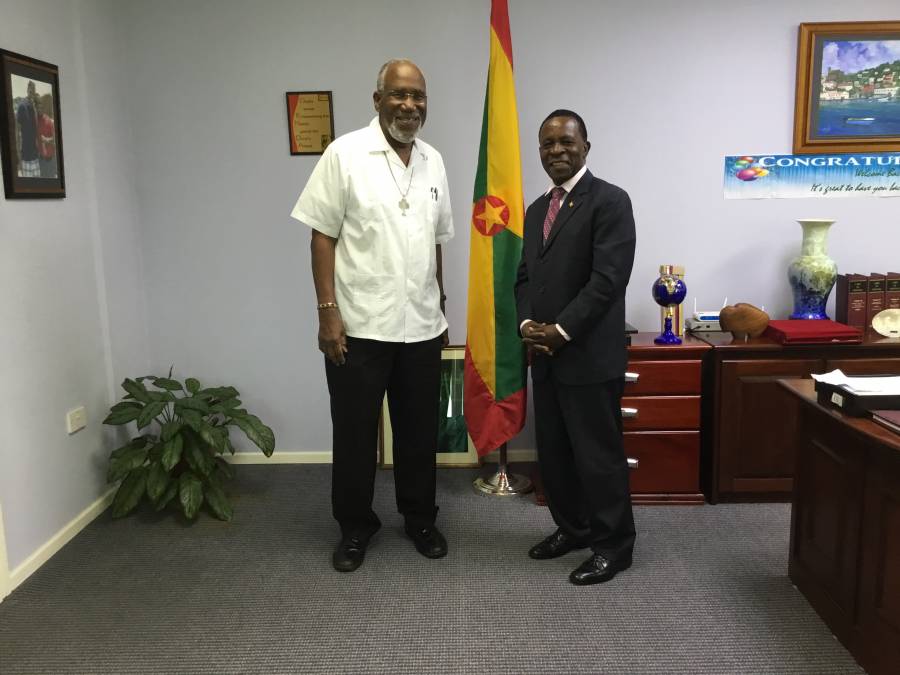 This story was posted 4 years ago
in PRESS RELEASE, Youth
1 min. read

Dwindling membership and a growing lack of interest by the nation’s youth, among other related matters, were discussed between the two leaders during a meeting in the Prime Minister’s Office on Friday.

Prime Minister Mitchell, himself an ardent Catholic, shared his views on the state of the Catholic Church in Grenada. The Prime Minister and the Bishop examined recommendations to get the youth back into the church.

Bishop Harvey, who began his tour of duty in Grenada last June, announced during the meeting that the church is starting to place emphasis on young people, especially young men. His comments come as the Catholic Church prepares to announce the appointment of 2 youth coordinators for that purpose.

In the face of concerns that some people have been turned off from the church, it was agreed that the bishop has an opportunity to change things and send a different message so that the church can play more of a community role.

Friday’s meeting between the Bishop and the Prime Minister was the first since Dr Mitchell’s New National Party (NNP) won the general election in a landslide victory less than 2 weeks ago.

NOW Grenada is not responsible for the opinions, statements or media content presented by contributors. In case of abuse, click here to report.
Tags: bishopcatholicchurchclyde harveygiskeith mitchellprime ministeryouth
Next Post

Maturine-Stewart: Transportation infrastructure from sister isles to be addressed