Grenada, as a nation, has many great things going for it. Although, perhaps, you won’t know it by the daily, constant whining and complaining and negativity that are heard in private and public discourse, including in the media.

And, one of the more positives aspects of life in Grenada is our people’s approach to politics. We, indeed, are passionate about politics; we ‘bad’ for ‘we’ party. Yet, for the most part, our politics is bereft of serious physical violence, and this newspaper hopes and prays that it remains that way.

Soon after it became clear Tuesday evening that the New National Party (NNP) was swept back into office by winning all 15 seats at the general election, the main opposition National Democratic Congress (NDC) demonstrated a commendable gesture. The NDC, through party leader Nazim Burke and chairman Vincent Roberts, conceded defeat and extended congratulations to Prime Minister Dr Keith Mitchell and the NNP. Concession and congratulation to the victors in an election have been sorely lacking in Grenada. Perhaps, Tuesday’s gesture by the NDC is an emerging trend that will continue.

Burke, in remarks to the media, congratulated the NNP on its “resounding victory”. Although the NDC’s “vision for Grenada’s development” was rejected, “we accept the verdict of the people and congratulate the prime minister,” Burke said.

For his part, Roberts said, “The people have spoken, and we now move forward to building a better nation. To all the victors, we salute you.”

Prime Minister Mitchell has indicated that he intends to embark on an ambitious program of national development that will include a ‘housing revolution.’ He has promised that his NNP administration will “work with the private sector to build more houses, in addition to the ones the Chinese are giving us.”

Also on Dr Mitchell’s agenda are initiatives for overhauling our national water and sewage systems; rehabilitating our towns, including the capital St George’s, and building a network of roads.

As well, said the prime minister, with proper management of Grenada’s oil and gas resources, the country will have “greater abilities to invest in our own economy and our own people; to be able to fund public pensions and a national health insurance scheme; and to ultimately also explore a national unemployment insurance.”

Clearly, Dr Mitchell — a veteran in the field of politics — knows all too well that achieving his goals and programmes would require team work; not just from his 15 MPs and members and supporters and the NNP, but also from all the people of Grenada, Carriacou and Petite Martinique.

One of the important groups that would determine the success or failure of the prime minister’s plans is the public service.

Under our Westminster political system, parties spend weeks and months campaigning on an agenda of promises they want to deliver once elected to government. But, one of the strange quirks and anomalies of the system requires a party — on winning a general election — to immediately hand over its development agenda to the ministries of the public service headed by permanent secretaries. And, there is very little any minister can do if ministry officials, appointed by the Public Service Commission, decide — deliberately or inadvertently — to stall or sit on a programme of the governing party.

We are convinced that no matter how ambitious or well-meaning a government is, our nation will be unable to make the progress it desires unless we move from talking about public service reform to actually implementing it.

And, it rewards longevity of service and maintenance of the status quo over creative, new ideas for improving the system and making it work better for the people of Grenada, Carriacou and Petite Martinique. 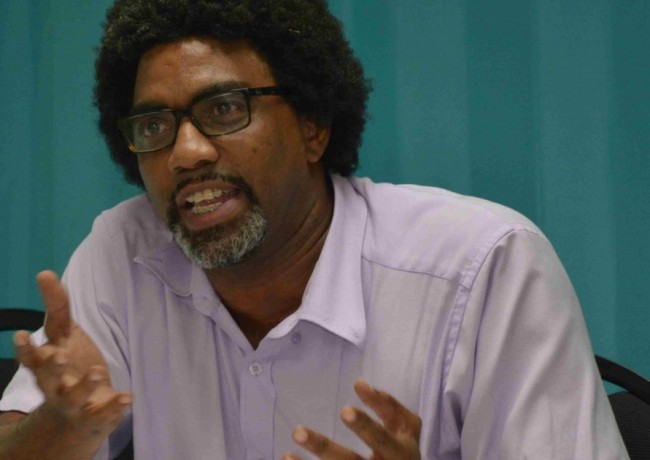