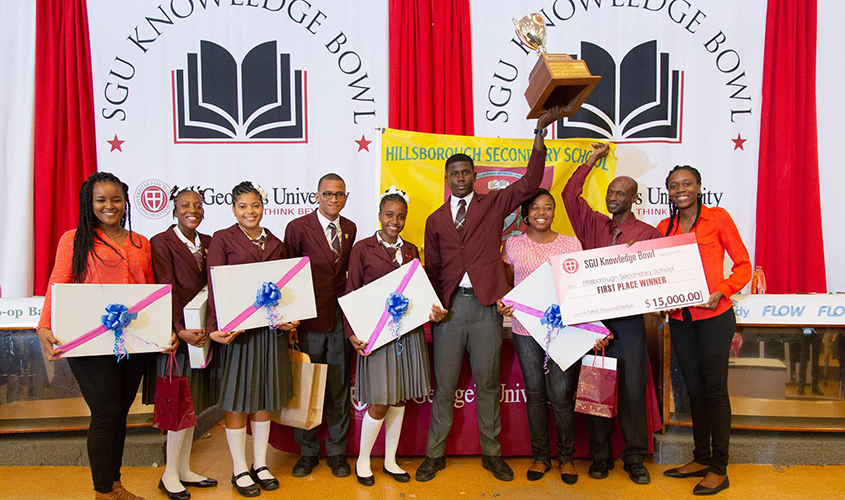 Holding the record for both the most victories and the only institution to three-peat in the SGU Knowledge Bowl competition, the pressure to win was on for Presentation Brothers College (PBC). However, finals newcomer Hillsborough Secondary School (HSS) dominated this season, defeating the 5-time champion and earning their first-ever win.

The final match held at SGU’s Charter Hall on 14 April, seemed like a battle between David and Goliath as the winningest team in the secondary school competition, PBC, was the crowd favorite to win. Nevertheless, it was the underdog HSS, who had not lost a single match throughout the entire season that came out on top. With only a handful of supporters in the audience but hundreds more cheering them on from Grenada’s sister island, Carriacou, HSS continued its dominance, remaining undefeated in Season 13.

“Over the last 13 years, this competition has been embraced by the schools, corporate Grenada, and the general public. There have been continuous improvements to ensure that this important feature of the academic calendar gets the respect that it deserves,” stated Colin Dowe, Associate Dean of Enrollment Planning, SGU. “SGU Knowledge Bowl has cemented itself within the Grenadian community, and along with the involvement of our corporate partners, who play a key role in its success, SGU Knowledge Bowl is testimony to our shared commitment to academic success and youth development in general.”

SGU Knowledge Bowl remains a source of great anticipation, garnering huge support each year as students, faculty, and fans come out to cheer for their favorite teams. The high-profile quiz competition continues to encourage and promote friendly competition between Grenada’s secondary schools, while also serving as an excellent preparatory tool for their CSEC exams. In addition to primary sponsorships from St George’s University and FLOW, local businesses Grenada Co-operative Bank, George F Huggins, and Glenelg Spring Water sponsor the SGU Knowledge Bowl, which is regarded as the “Intercol of Academia.”

NOW Grenada is not responsible for the opinions, statements or media content presented by contributors. In case of abuse, click here to report.
Tags: hillsborough secondary schoolquizsgu knowledge bowlst george’s university
Next Post 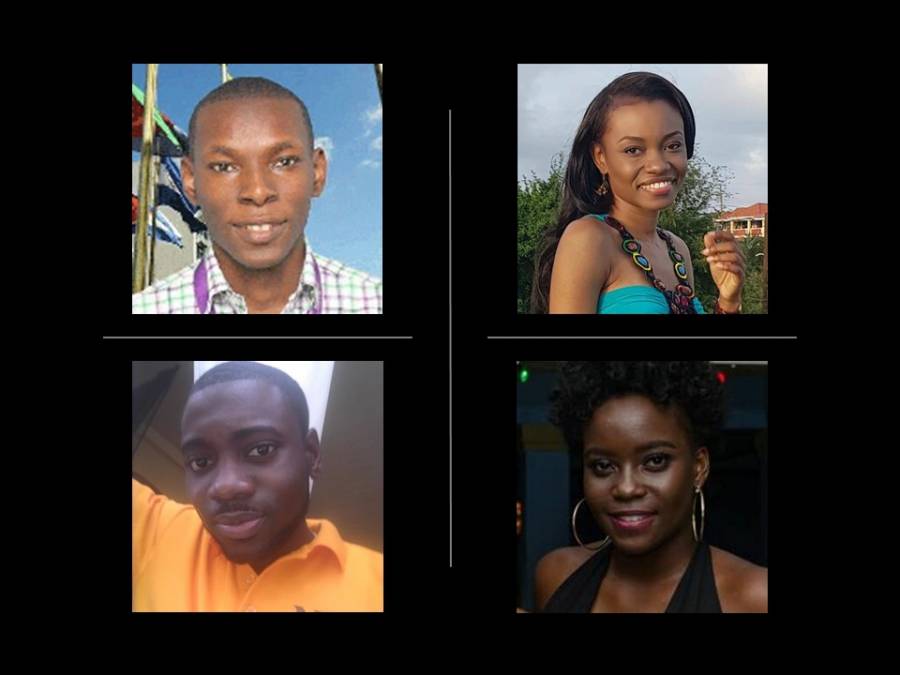