Traffic accidents in the first 2 months of 2018 have surpassed that of 2017. The latest traffic accident statistics released by the Royal Grenada Police Force (RGPF) shows that January and February saw a total of 375 vehicular accidents, compared to 340 recorded in the same period last year, an increase of 35 accidents.

9 fatalities were recorded last year, but so far none have been recorded for 2018. He noted the volume of vehicles on the roads as one of the causes, “bearing in mind that our roads have not been significantly developed to accommodate the volume of traffic that continues to increase.”

The Road Traffic Act was amended in 2017 to include heavier fines up to EC$5,000 for the use of a mobile device while driving, and a mandatory breathalyser test if deemed under the influence.

Rodney said these measures had helped significantly, and he has seen a greater degree of compliance. However, the issue of unauthorised parking remains a challenge. “Parking is one of the more serious concerns of the RGPF. If you pay attention in the town area, you are guaranteed to see vehicles parked in a no-parking zone. Enforcement will be strict in that regard because it appears the signs are being ignored.”

Incidences which occurred over the relatively peaceful Easter weekend include:

Inspector Rodney expressed condolences to the grieving family and has called for an increased lifeguard presence on Grand Anse beach. “Although I don’t know how many or the extent of how they operate, I do believe the number of lifeguards present on Grand Anse beach must be looked into as a proactive measure, given the fact that you have a huge gathering at Easter.”

Police are also investigating a shooting incident in Victoria St Mark, with 2 men in police custody.

By way of an update, the RGPF has arrested and charged 3 men in connection with the seizure of over 1,000 pounds of cannabis in 22 nylon bags on the coast in Conference Bay, St Andrew. Kevin Coxall of Grand Bras, Kiran Alexander of Soubise and Emron Macdonald were jointly charged with possession of a controlled drug and trafficking of a controlled drug and are scheduled to be brought to court today Wednesday, 4 April.

NOW Grenada is not responsible for the opinions, statements or media content presented by contributors. In case of abuse, click here to report.
Tags: accidentcommunity relationscurlan campbelldepartmenteaster weekendpolicergpfroad traffic acttraffictrevor rodney
Next Post 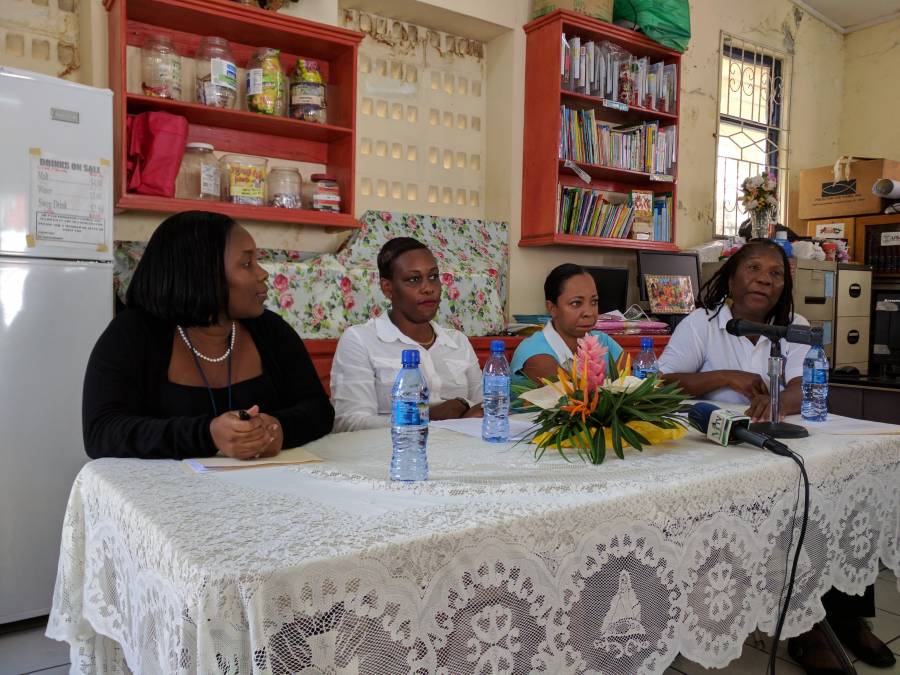