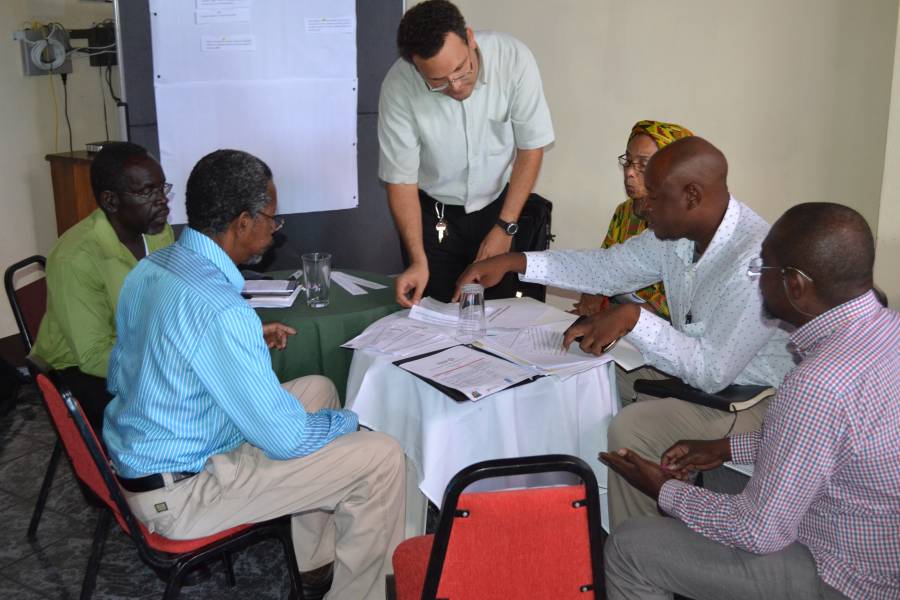 After approving its National Adaptation Plan (NAP) as the first Caricom country, in November last year, Grenada is now taking steps to involve relevant stakeholders across the different sectors in implementing the different Programme of Action outlined in the NAP.

At a workshop organised by the Ministry of Climate Resilience, the Environment, Forestry, Fisheries, Disaster Management and Information in partnership with the Integrated Climate Change Adaptation Strategies (ICCAS) project, 40 representatives from the government including members of the National Climate Change Committee (NCCC), private sector and NGO came together in this first forum to prioritise the next steps for the NAP implementation. This is an opportunity for stakeholders to provide a strategic and coordinated approach to translate the adaptation priorities identified in the NAP’s Programmes of Action into projects ready to be funded.

In her opening remarks, Merina Jessamy, Permanent Secretary of the Ministry of Climate Resilience, the Environment, Forestry, Fisheries, Disaster Management and Information, reiterated the importance for all stakeholders to work together and not in silos. She also highlighted the important role of the newly appointed climate change focal points in the different ministries and statutory bodies that along with representatives from the civil society and the private sector should closely engage with the Ministry of Climate Resilience and the Ministry of Finance to translate climate adaptation needs into projects.

During the workshop, representatives from various sectors worked in groups on the different areas identified in the NAP to safe guard investments, protect the natural resources and infrastructure as well as the health and livelihood of the people from negative impacts of climate change. These areas are: Food Security, Eco-Systems, Coastal Zones, Infrastructure and Land, Disaster and Diseases and Education. When asked about the importance of their participation to this workshop, Pancy Cross, Director of the Grenada Hotel and Tourism Association, said she wanted to contribute to topics relevant to the tourism industry and Claudette Pitt, Director of SPECTO, noted that this was an opportunity for the stakeholders who were involved in sectorial consultations during the development of the NAP to see the document as a whole, but also to support the implementation of it.

The National Adaptation Plan, often referred to as “NAP”, was introduced by the United Nations Framework Convention on Climate Change (UNFCCC) as a tool for countries to reduce their vulnerability to the impacts of climate change by building adaptive capacity and resilience. In Grenada, it involved consultations with over 160 representatives from government and private sectors as well as civil society across numerous sectors. The purpose is to give potential donors and funding agencies concrete ideas about financing opportunities for climate resilient action. This process of prioritising actions against national development goals will be continued under the leadership of Minister Simon Stiell and the NCCC so as to ensure that actions are harmonised across the three major policy documents that is the National Adaptation Plan, the Nationally Determined Contribution policy document and the National Biodiversity Strategy and Action Plan (NBSAP).

NOW Grenada is not responsible for the opinions, statements or media content presented by contributors. In case of abuse, click here to report.
Tags: climate changeclimate resiliencegiziccasundp
Next Post 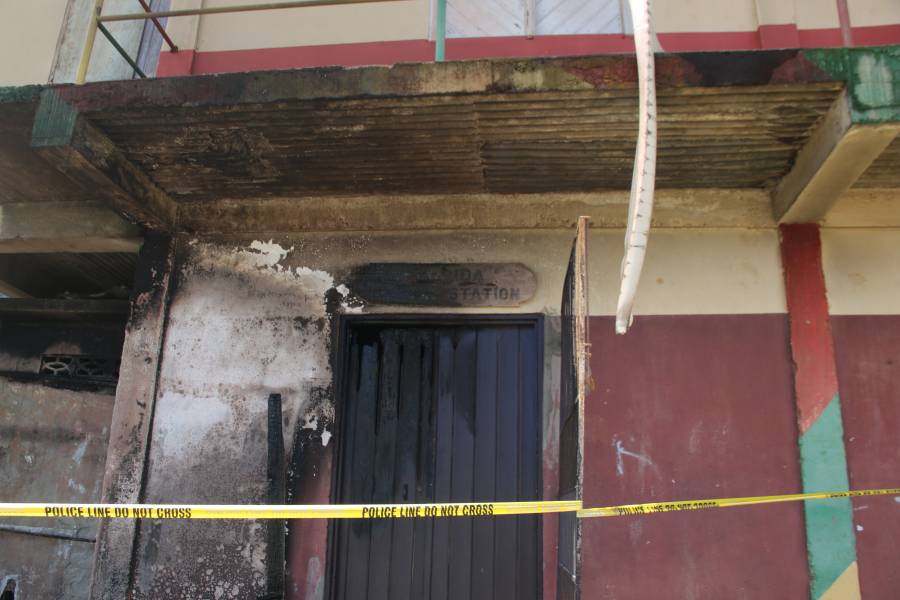