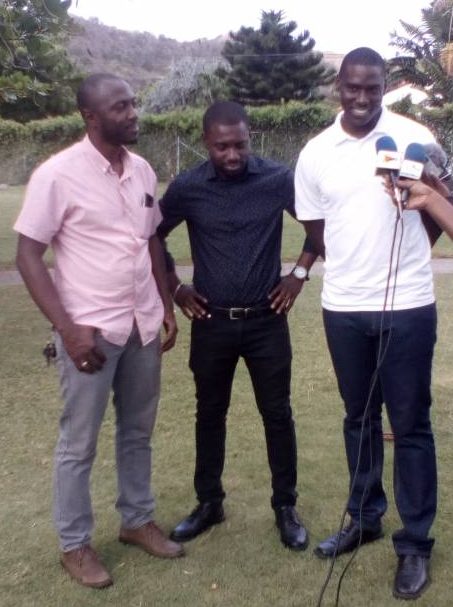 Randal Robinson, Public Relations Officer (PRO) of the National Democratic Congress (NDC), said on Monday that he was unable to determine why the Youth Movement had its own news conference, while 3 senior members of the youth group refused to admit that they had gone rogue on the party.

Three executive members of the National Democratic Congress Youth Movement on Monday refused to confirm to reporters that the leadership of the party had given them the authority to hold a news conference, during which they claimed that the party was going through a process of re-organising and relocating its headquarters.

Assistant Public Relations Officer and recently appointed Senator Ron Redhead; former candidate for Carriacou and Petite Martinique in the 13 March General Elections, Tevin Andrews and Youth Movement President Ian Thomas, were all silent when asked to explain why Camerhogne Park was chosen as the venue for the news conference instead of the party headquarters on H A Blaize Street.

“Next question please,” said Andrews after he indicated to the others not to answer the questions.

When asked to confirm that the executive of the party which is led by Nazim Burke, had given them the authority to speak on behalf of the party, all 3 again stood in silence and refused to comment.

Robinson, when contacted before the news conference said he was not aware the Youth Movement was hosting a news conference. “I however, must let you know that I was out of the island and only returned last evening, so I am not aware,” he said.

NOW Grenada is not responsible for the opinions, statements or media content presented by contributors. In case of abuse, click here to report.
Tags: linda strakerndc youth movementnews conference
Next Post