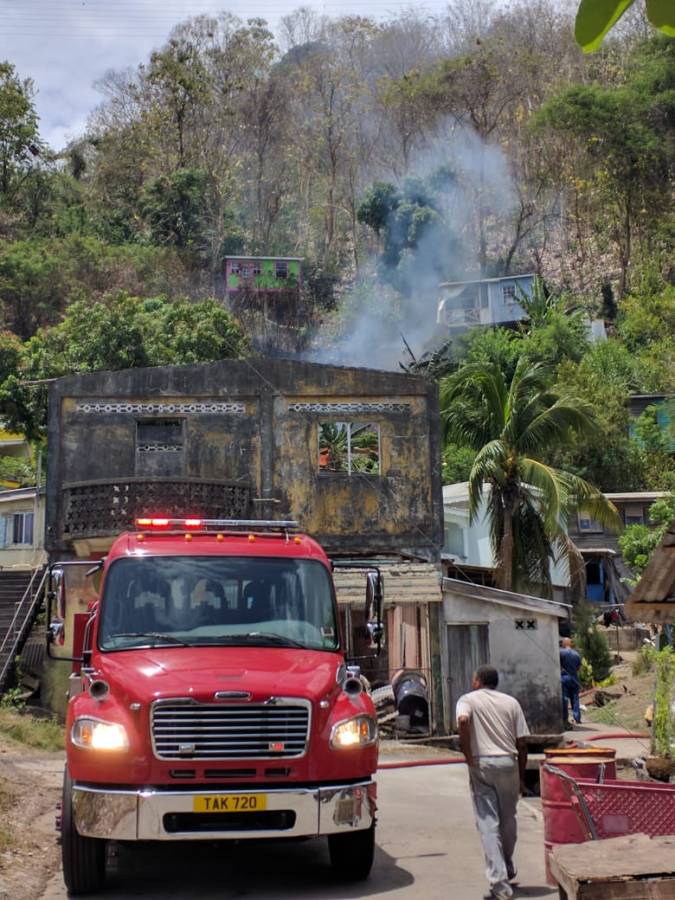 Kelvin Finch has been identified as the owner of the house destroyed by fire in D’Arbeau  on Tuesday, 22 May 2018.

The fire was said to have started just before midday. Emergency responders from the Royal Grenada Police Force (RGPF) Fire Department were on the scene immediately to contain the blaze. Grenlec was also forced to interrupt electricity to the area.

A family member was rushed to the General Hospital after sustaining burn injuries to his hands. Sources say the man was attempting to salvage items from the home. The extent of his injuries is not yet known.

The cause of the fire is under investigation by the police who advise the public to refrain from starting fires near residential homes.

Under Grenada’s Criminal Code, precautions required of person about to set fire to trees, etc include that person to “give notice to all neighbours possessing or in charge of property which might be damaged or destroyed by the fire, if carelessly or improperly used, and take proper precautions to prevent any damage or destruction to the property of his neighbours.”

The police also remind the public that a licence is required before starting a fire on agricultural lands. The Agricultural Fires Act provides for a penalty for setting fire or procures, aids or abets the setting of fire on any land without licence, to be fined $500 and to imprisonment for 3 months. The act also provides for a penalty to the person setting the fire “for any purpose, whether any damage or injury is occasioned to any property of any other person, without notice given and proper precautions taken.”

The fire department cautions families and the public to secure their homes against an outbreak of fire, before leaving the premises.

NOW Grenada is not responsible for the opinions, statements or media content presented by contributors. In case of abuse, click here to report.
Tags: curlan campbelldarbeaugrenlecrgpf
Next Post 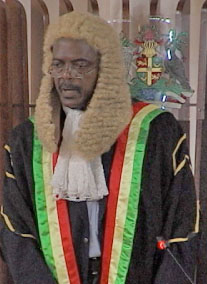