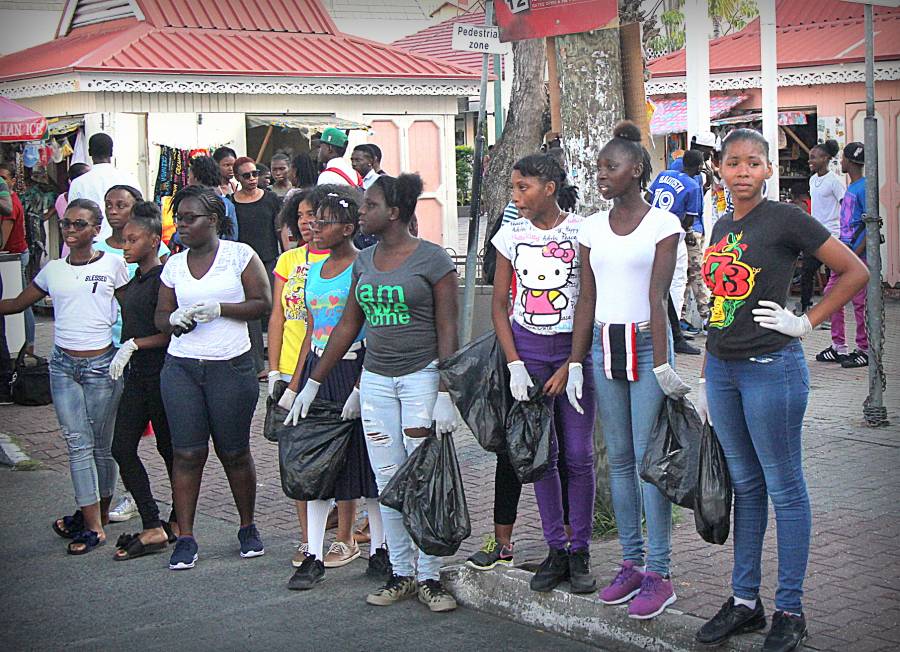 This story was posted 4 years ago
in Environment, PRESS RELEASE
2 min. read

The Anglican High School staged “Operation Trash Attack” in St George’s on Friday, 4 May to address the problem of indiscriminate dumping of garbage by businesses places, particularly into the alley near to Scotiabank.

Placards, music and announcements were devised to make people aware of the problem of littering. Young Leaders carrying placards were stationed at Salims, and on 2 areas of Halifax Street.

An exhibition was mounted to show how you can recycle garbage to make household items. Newspaper mats, light frames using plastic bottle caps, pen and pencil holders using toilet paper rolls, mats made from old plastic bags, flowers composed of egg boxes and, appropriately, a waste bin built of plastic bottles, were all on display.

Prior to this, the Young Leaders had consulted Solid Waste, the Environmental Health Department and the Grenada Green Group. On previous visits to St George’s, they had twice visited shops in streets leading from the marketplace to advise stores on the proper disposal of waste; and had staged a slide show outside Chucky’s bar opposite the bus terminus.  Beyond St George’s, they had visited Soubise and the Grenville Bus Station to spread the anti-litter message and to urge people to keep their environment free of trash. 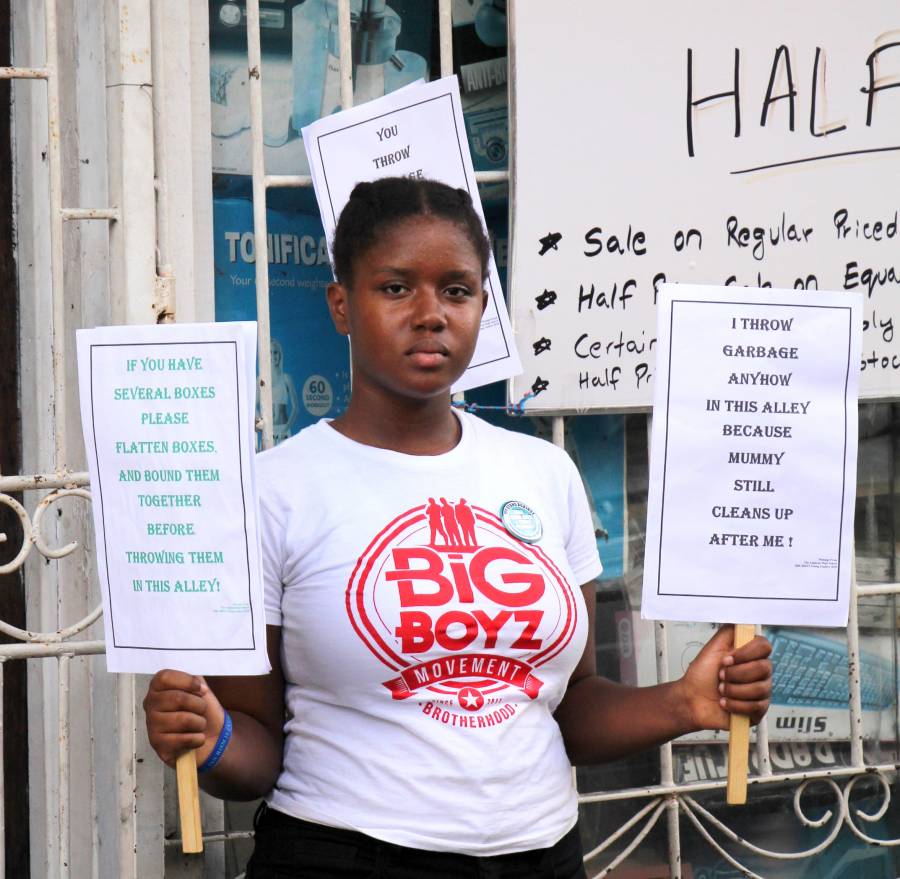 On Friday, some shop owners waited until very late to avoid disposing of their rubbish, to avoid confrontation with the Anglican High School group. At least one store broke with its normal practice of dumping garbage in the alley, taking it instead to the skip in the marketplace. The installation of the skip, which has tidied up the market area considerably, in itself is the result of discussions between the Young Leaders and the market manager.

The girls’ anti-litter stance found widespread approval among the public.

NOW Grenada is not responsible for the opinions, statements or media content presented by contributors. In case of abuse, click here to report.
Tags: anglican high schoolg3garbagegrenada green grouplitteroperation trash attack
Next Post 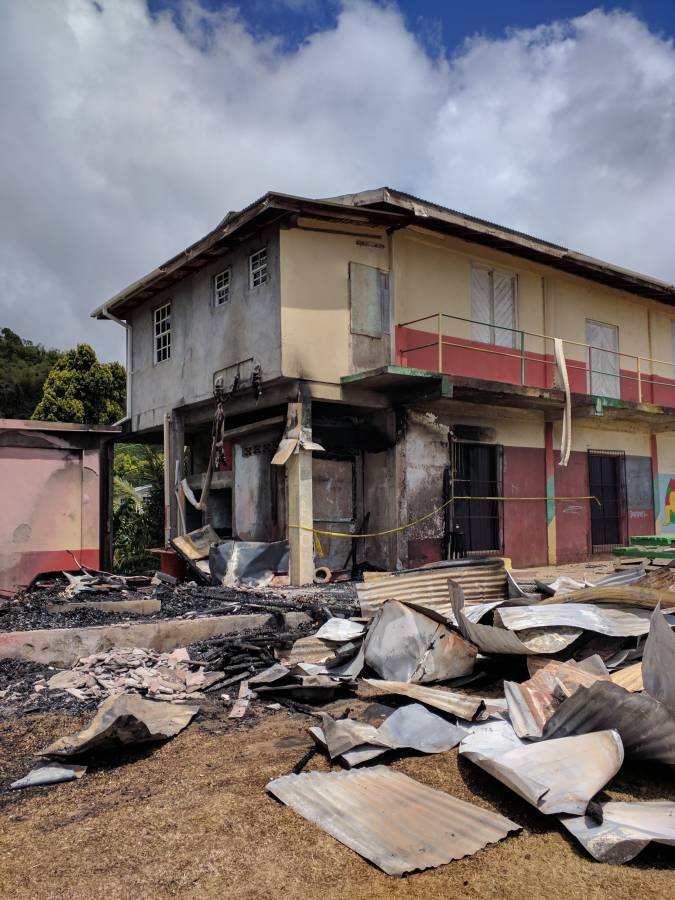