Should the referendum be with the current elections provisos?

Should the referendum be with the current elections provisos?

The Grenadian people is yet to be aware of any report from the Parliamentary Elections Office (PEO), laid to the House of Representatives with moral judgement and respectful compliance with section 35(5) of the constitution, on the challenges, performances, programmes, decisions and recommendations of PEO in relation to the 24 November 2016 Constitutional Referendum and the 13 March 2018 General Election.

Particularly it is important for the PEO to disclose to the public any errors and failures that were made during those fundamental democratic practices for the citizens and the corrective measures which are taken (or, to be taken) to improve the conduct of those exercises toward the citizens engendering confidence in and enjoying the meaning of the democratic philosophy. There is good reason and urgent need for this sort of report by the PEO when considering the allegations, suspicions and observations, as well as the various feedbacks concerning the general elections. Review the previously internet-circulated article “Open Letter for Verdict on Grenada’s Parliamentary Elections Office”, which raised some pertinent issues to the Supervisor of Elections for adequately addressing.

There have been grave concerns on the role of the Supervisor of Elections in the March 2018 elections on the registration and voting process of the electors, as well as on the information and direction given to the electors for voting; and on the perfection of the voters list and the ballot papers, as well as on the efficiency and transparency of the reporting of the elections results. Moreover; the loopholes and shortcomings of the Representation of the People Act (RPA Cap 286) were exploited (or, allowed to be exploited) and the degree of forthrightness and ingenuity of the PEO have been exposed. Would it then be really proper and in the national interest that the constitutional referendum for Grenada accessing to the Caribbean Court of Justice (CCJ) which has been planned by the Prime Minister to take place during this year, be held under this current ‘questionable and disturbing’ state of the electoral machinery and its custodians? Also review the internet-circulated article “Could Grenada’s 2018 voting be declared Unethical and Illegal?”, as it points to some shocking revelations of constitutional and legal breaches, adverse to the reasonable expectations of the voting public, in the general election.

Attention must also be given to the invaluable fact that the significance of voting in a general elections which happens typically every 5 years cannot be compared with the significance of voting in a constitutional referendum on a far-reaching national issue such as the CCJ and for which the people would never be given an opportunity to revert if it has been proven that a yes-vote was wrong. The process for the referendum must therefore be geared toward consciousness and empowerment with conducive and enabling conditions for making sound and informed decisions. Thus; the level of campaigning with rhetoric propaganda, ridiculous manipulation, reckless entertainment and resentful debates as has been hyped for the March 2018 elections, as well as any other unscrupulous means employed to keep the voters in darkness and drunkenness so as to achieve ‘narrow and biased’ political success, must never be tolerated for the referendum. To downgrade the referendum to that of an election will be cruel, especially to the youthful population whose future would be at risk.

The New National Party (NNP) government of Prime Minister Dr Keith Mitchell is ‘politically desperate’ to have Grenada acceding to the CCJ; this motive and move is also robustly influenced and supported by special interest groups, the legal fraternity, and some institutional and professional bodies within the Caribbean community. Unfortunately, the genuine sentiments, desires and needs of the ordinary people do not have any bearing on the radical determination for the CCJ by the powers-that-be. Moreover; there is no compelling and emergency merit for the CCJ, except as claimed by Mitchell in a press conference on 25 April 2018, “the CCJ is not just about Grenada alone, it’s about the Caribbean man and woman; it’s an important regional institution impacting on the lives (of) people in the region”. This claim confirms the disregard for the local population when it is clear that Grenadians are at great socio-economic inequality and facing great austerity measures, including high cost of living with many taxes and poor health services, with respect to the rest of the people in the region. Gruesomely, the masses do not only have no fair access to justice but their rights to justice are abused with impunity.

Prime Minister Mitchell and his cohorts are zealous and optimistic about the success of the referendum on the CCJ. This confidence is boosted by the great victory of the NNP in the March 2018 elections which realized a huge mandate with no parliamentary opposition and by the seemingly still vibrant and celebratory election mood of its followers. The prime minister has repeatedly expressed his regrets for the defeat of the CCJ Bill at the first referendum in 2016, due to the lack of his usual campaigning, saying that he should have done more to encourage voters to accept the CCJ as the island deepens its political independence from Britain. This pronouncement indeed again sets a sorry tone for the referendum process when considering the nature and style of Mitchell’s political pursuits.

Are the PEO and the government satisfied that a ‘rewarding result’ for the upcoming referendum will be had under the current electoral conditions and normal electioneering ploys? Although there are proclamations on the internet indicating “countries where SCL Elections claims to have worked” including Grenada and confirming that “external interference in Caribbean elections is real”, both NNP and the National Democratic Congress (NDC), the nation’s “main political parties deny using the services of SCL” for the March 2018 election. It would be foolish and docile for the citizens to relax on the devastating impact that SCL can cause with fake material on the referendum. Does the subversive undermining by institutions such as SCL have any implications for the Electronic Crimes Act of 2013?

In the defence of Grenada’s national sovereignty, the fundamental rights and freedoms of citizens, democratic principles, meaningful progressive development, and free and fair elections, then all concerned persons in the nation, including the government as well as all political oppositions, civil society and social partners and private individuals, must agitate for the integrity and non-interference of the electoral system, including that of the PEO, and especially that the voters list and the pertinent legislations be purged before the referendum. The Referendum Act (Cap.279) and its regulations, as well as that of the RPA Cap.286 require scrutiny for ‘sense and security of purpose’. In another previously circulated article, “The Powerful Relevance of NDC in Opposition”, the party has been advised that for the CCJ referendum, it should not appear to endorse the alleged fraudulent manner by which the 13 March 2018 election was conducted and as to abandon the painful cries of the locals.

The circumstances on the conduct and outcome of the 13 March election draw diverse remarks from a wide spectrum. The on-line Barbados Today published on 20 March 2018 an article by senior lecturer in political science at the University of the West Indies, Cynthia Barrow-Giles, which affirms “equally important is the consideration of the electoral environment in Grenada and the extent to which it exposes a need to engage in further reform. Like other Caribbean jurisdictions there were allegations of vote buying, the flying in of Grenadians to cast their vote … and other activities which best practice would suggest did not render the 2018 election clean. We therefore need to continue the focus on the regime of elections and party financing, and education to ensure more competitive and cleaner elections”. She further notes that the disquiet surrounding the electoral system and victories such as that scored by the NNP, once again raises the spectre of the “fairness” controversy and that the major issue is the untenable exclusion of all voices beyond that of the government.”

NOW Grenada is not responsible for the opinions, statements or media content presented by contributors. In case of abuse, click here to report.
Tags: electionparliamentary election officereferendum
Next Post 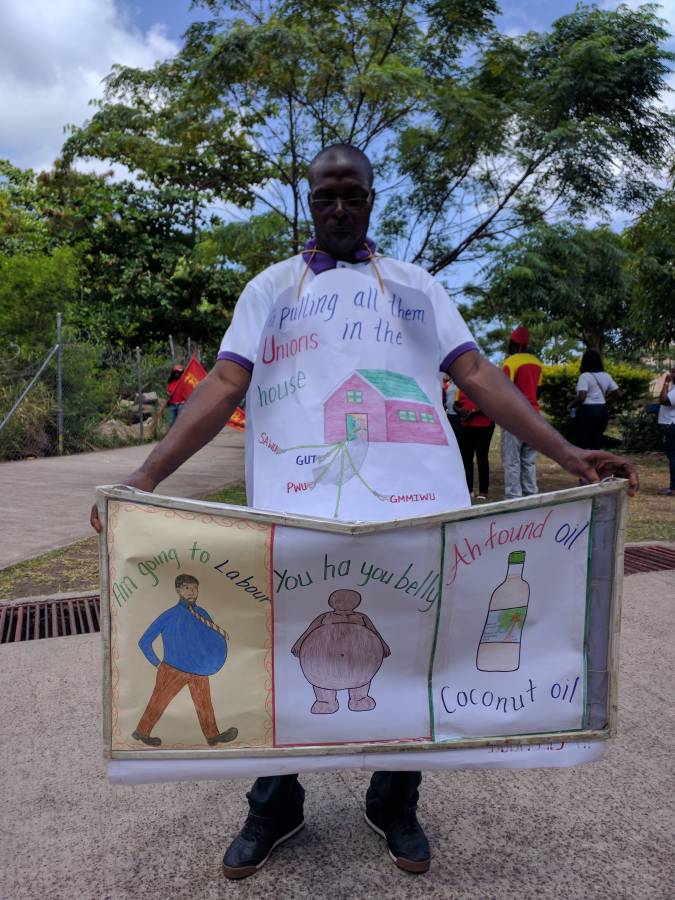