This story was posted 3 years ago
in Politics, PRESS RELEASE
4 min. read 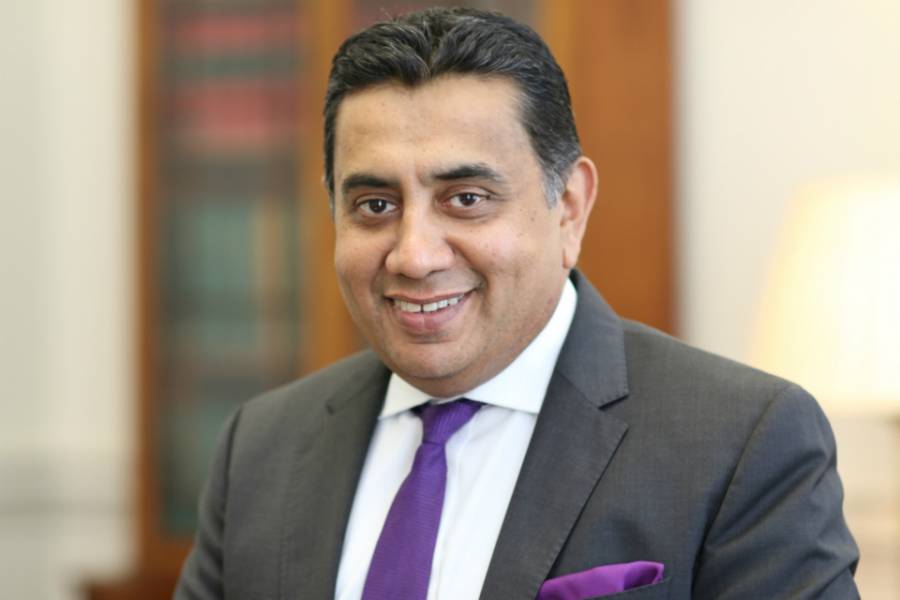 Lord Tariq Ahmad of Wimbledon, Minister of State for the Caribbean and the Commonwealth in the UK’s Foreign and Commonwealth Office
Share

The 70th anniversary of the arrival of the Empire Windrush at Tilbury Docks in the UK gives us a fitting opportunity to celebrate UK-Caribbean relations and the invaluable contribution the Windrush Generation has made to British society ever since. From now on 22 June will be officially recognised as Windrush Day.

The Caribbean diaspora in the UK symbolises the indelible bonds between our two sets of islands.

There is no better example of that contribution than the dedication of people from the Caribbean to the UK’s National Health Service, itself marking 70 years on 5 July. Without them it would not be the institution we hold dear today, providing incredible healthcare, and envied across the world. Those from the Windrush Generation worked in our essential industries, including public transport, the post office, construction and the armed forces, and are central figures in many communities. Today their children are civil servants, healthcare workers, business owners, professionals, and leading lights in music, sport and film. They are key to Britain’s success.

I doubt that there is a corner of Britain that has not been inspired and enriched by the Windrush Generation and their descendants. From their efforts in reviving our great cities after the war, to Britain’s first black MPs entering Parliament and campaigning for all Britons to have an equal stake in society. The pioneering Caribbean racial and social justice campaigners who pushed for legislative and social change calling for a fairer Britain. And let’s not forget the power of our sporting and cultural heroes, who through their skill, talent and discipline used their gifts to make an indelible mark to help create a proud, united and multicultural Britain.

The Caribbean community has been integral to creating a Britain that is fairer, more tolerant and more at ease with itself in a changing world. The real beginning of Britain’s contemporary diversity is with those first men, women and children who made the one-month journey from the Caribbean.

Life held many hardships for those who arrived, and the streets were certainly not ‘paved with gold’. Many were even returning to the UK having already served here during the war. The fortitude shown as they overcame daunting challenges and built successful lives and businesses for themselves and their families has come to represent a strength in spirit that we continue to see today. It is an experience and spirit that I personally relate to as it is reminiscent of the challenges my parents themselves faced coming from Pakistan as well as the opportunities offered by their adopted nation.

We all know that the Windrush generation have faced further challenges, with questions raised over their immigration status. The government have taken focused action to assist anyone who may be affected to put right this wrong.

The UK is the single largest bilateral donor to the Caribbean. Our investments are helping to make the lives of Caribbean people today better in a number of ways. Through the UK-Caribbean Infrastructure Fund, the UK is investing over £300 million in critical economic infrastructure across the Caribbean; increasing resilience to natural disasters and climate change; promoting growth; and creating jobs.

Following last year’s devastating hurricanes, the UK contributed more than £196 million to help the region’s recovery, moving swiftly to support people in Dominica and Barbuda, as well as the UK’s own Overseas Territories. This includes £19 million, announced at the Commonwealth Heads of Government Meeting in April, to strengthen disaster preparedness and resilience across the Caribbean region. We are also supporting the Caribbean’s future development and prosperity with ongoing collaboration on regional priorities such as security and fighting crime.

As we take a moment to consider this momentous occasion, it is my honour, as Minister of State for the Caribbean and the Commonwealth, to join in celebrating the achievements of the Windrush Generation and the role they play in UK-Caribbean relations and making our country the incredible place it is.

Lord Tariq Ahmad of Wimbledon is the Minister of State for the Caribbean and the Commonwealth in the UK’s Foreign and Commonwealth Office. For more information go to https://www.gov.uk/government/people/lord-ahmad-of-wimbledon