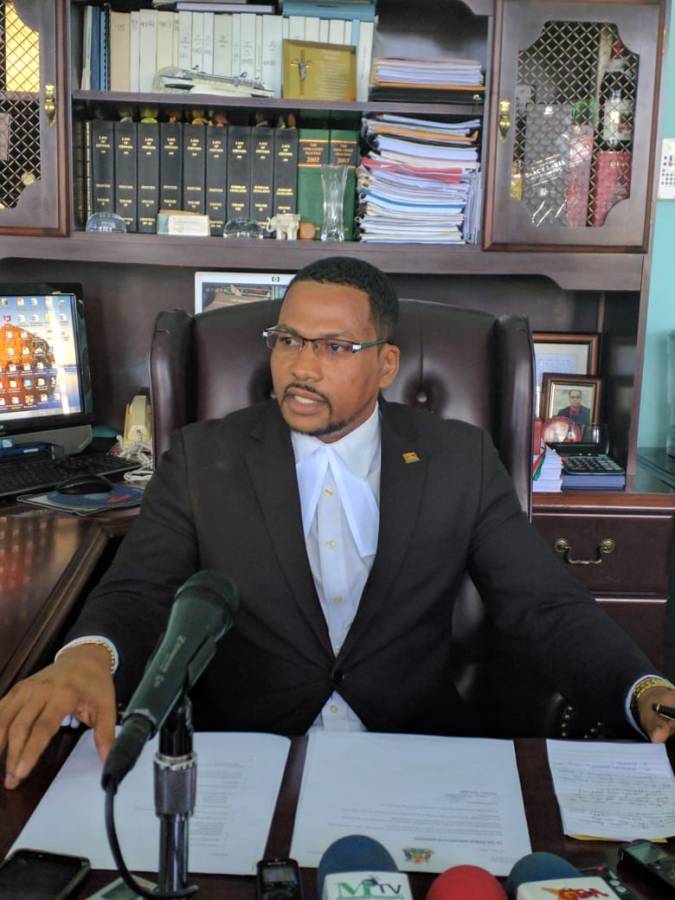 Immediate past chairman of the Public Service Commission (PSC) has said that his decision to demit office is a professional decision and not based on contention with any official in the ruling administration or his intention to pursue another public office position.

‘I have had no disagreements, it’s a professional decision,” said Derick Sylvester who was appointed to the post in November 2014 for 3 years in the first instance.

Sylvester who is a lawyer by profession said that since January 2018 he began discussions with Prime Minister Dr Keith Mitchell of his intention to demit office, but it was only in early May he submitted the resignation but held on to the post until another person was identified.

“Today was my last day as chairman,” said Sylvester who explained that his decision to hold a news conference about his decision to demit office was as result of the various articles which appeared in the local newspapers with incorrect information. “No one had spoken to me, and I did not speak to no one,” he told the media, explaining that he had sought permission from the Commission members to share information with the media.

Sylvester said that the Governor-General had written to him confirming that another person was identified and will be installed in the post as of 15 June. He also disclosed that he spent 5 years with the Commission and felt that was enough because he had only considered serving for one term.

Admitting that he has had to make sacrifices during the time he was chairman because of the day the Commission meets, Sylvester said, “I was unable to attend any court matters on Mondays. I received Commission documents on Friday, and the meetings on Monday would go on for the entire day, so I was unable to attend to court matters. Legally I am back to where I was in 2013, I can now represent anyone in the court,” he said

‘So, my move to demit has nothing to do with strategy. I am returning to practice my profession as a lawyer, and it must be noted that based on the public service rules I will be unable to accept any public service position for the next 3 years,” he said.

NOW Grenada is not responsible for the opinions, statements or media content presented by contributors. In case of abuse, click here to report.
Tags: demit officederick sylvesterlinda strakerpublic service commission
Next Post

50% increase to those receiving public assistance