Dr Lawrence Joseph, Chairman of the Rehabilitation Board, has confirmed that 4 persons had their criminal reports expunged since the board announced that it was receiving applications from persons who are eligible.

“We had a total of 5 complete applications, and we made a decision on 4, while one was delayed,” Dr Joseph said on Friday. The members of the board held the first meeting during the last week of June.

It was disclosed that the records against the persons — whose names will not be published — were for minor offences such as obscene language and possession of a marijuana joint.

“These persons should not be referring to these offences on documentation like applications for jobs,” he said, confirming that before records are expunged, a social inquiry report is done, and each successful applicant is further encouraged to “keep the peace.”

As of November 2017, Grenada began enforcement of the Rehabilitation Offenders legislation which provides for persons who commits minor crimes to have their records be expunged after serving the prison term or paying a fine. The rehabilitation period ranges between 4 and 6 years after the convicting of the crime.

For a person to have the record expunged, he/she will have to apply to the Rehabilitation Board using the board’s official application form and pay EC$50 to the Inland Revenue Department. Forms can be found at police stations and at the Ministry of Legal Affairs.

All applicants will also have to undergo a social inquiry report before the board decides at its monthly meetings.

Not all offences will be expunged. Matters which are excluded from the rehabilitation process are murder; voluntary manslaughter; robbery with violence; arson and any indictable offence carrying a penalty including imprisonment for a term of 15 years or more of imprisonment.

NOW Grenada is not responsible for the opinions, statements or media content presented by contributors. In case of abuse, click here to report.
Tags: criminal reportslawrence josephlinda strakerrehabilitation board
Next Post 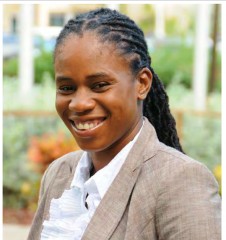