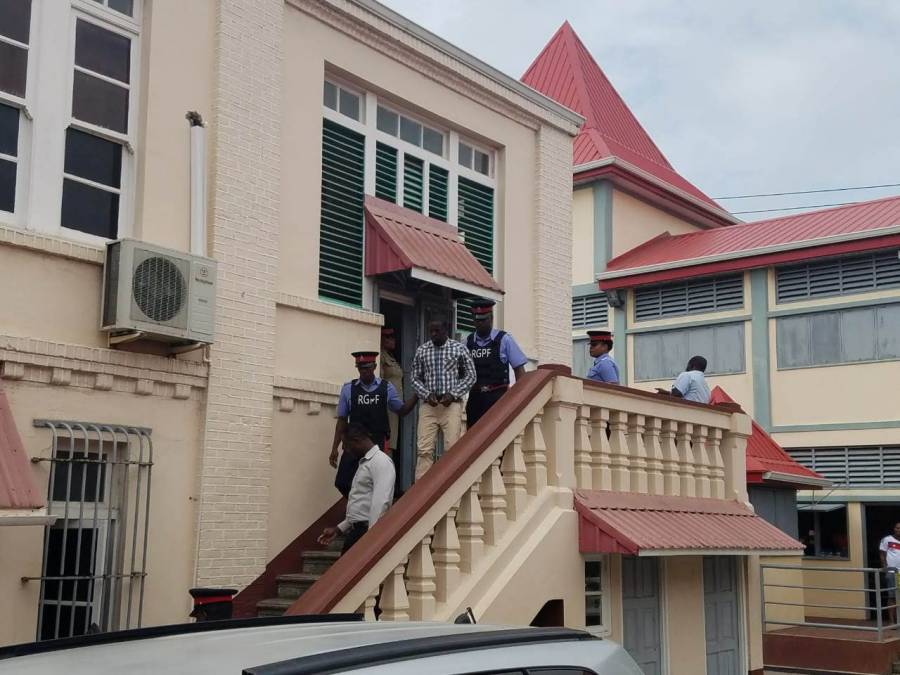 The suspect in the fatal shooting of Cainisaac Edwards appeared at the Grenville Magistrate Court under heavy security. 33-year-old plumber, Stephen Croney of Telescope, St Andrew was charged with non-capital murder after being detained by police on Tuesday.

The shooting occurred on Sunday, 20 May 2018 around 2.30 am at a popular roadside shop in the village.

Senior Crown Counsel in the Office of the Director of Public Prosecution (DPP), Howard Pinnock updated members of the media on the outcome of Wednesday’s court appearance. “This is a preliminary inquiry and the law does not allow me to disclose too much about the matter. We have a total of 22 witnesses for the prosecution and the preliminary inquiry will commence on the 25 June.”

Pinnock is soliciting the assistance of the public to obtain the murder weapon. “The firearm was not recovered, and I am asking the public for their assistance because we have to realise that crime concerns all of us as Grenadians, and I am just calling on public cooperation and I am also making a plea to the young men that there must be a better way to resolve disputes.”

The accused was remanded to Her Majesty’s Prisons and will return to court on 25 June when the preliminary inquiry is expected to commence.

Croney is being represented by Attorney at Law Andre Thomas

NOW Grenada is not responsible for the opinions, statements or media content presented by contributors. In case of abuse, click here to report.
Tags: curlan campbellnon-capital murdershootingstephen corney
Next Post