This story was posted 4 years ago
in General News, Technology
3 min. read

Grenada’s current passport has been upgraded, as the Immigration and Passport Department officially launched the e-Passport and e-Passport Issuing and Control System (ePICS) on Tuesday, 17 July 2018. Grenada is the 6th Caribbean country to introduce e-Passports, following Antigua and Barbuda, the Bahamas, Barbados, St Kitts/Nevis and St Vincent and the Grenadines.

An e-passport is a travel document with an individual’s biometric features with a radio-frequency identification (RFID) chip embedded in the back cover of the travel document. The information stored on the chip is the same as displayed on the data page of the passport. It is anticipated that by the year 2023, all passports issued by the passport office in Grenada would be the machine readable e-Passports.

Her Excellency Governor General Dame Cecile La Grenade and Prime Minister Dr Keith Mitchell were the first to receive their e-Passports as part of Tuesday’s launch.

Director of Business Development, Canadian Bank Note Company, Alex Klein said the e-Passport and e-Passport Issuing and Control System will complement the MBIA’s border management system. “Our organisation’s partnership has also been recently highlighted as we delivered the new border management system with the MBIA and throughout the ports of entry around Grenada. That border management solution remains one of the most advanced and most recently deployed management solutions in Caricom, providing Grenadian citizens and travellers with the most secure and best travel experience. This is not the only role we play here; we also play a role in supplying IT infrastructure for the National Lotteries Authority, but the launch of the new e-Passport Issuing Controls System will mean an entirely new paperless process for the passport department as we move forward into 2020 and beyond.”

Klein said one of the many special features on the e-Passport will be its stunning representation of some of Grenada’s cultural heritage and sites. “The print solution has been upgraded to now include chip encoding, and there will be much more secure quality passport images printed on the data page. This culminates into what we believe is a very stunning and innovative passport that Grenadians can carry with great pride. The theme for the design was to showcase the natural beauty of the spice isle including both its people, the flora, and fauna, architecture and other landmarks but most importantly Grenada’s investment in security will result in enhancing the level of regards for your passports and travel documents on the international stage for example within the IKO community, INTERPOL, and other law enforcement bodies.”

Chief Passport Officer-Superintendent Esau Pierre said the immigration staff must be commended after being properly trained in the operation of the new system. “Indeed, the training delivered was well received to the point where our project manager and other officers from CBN commended the staff on the speed at which they were able to deliver the first batch of passports.”

The cost of the new e-Passport will be $175. This price is said to be heavily subsidised by government by more than 50%.

NOW Grenada is not responsible for the opinions, statements or media content presented by contributors. In case of abuse, click here to report.
Tags: canadian bank note companycurlan campbelle-passporte-passport issuing and control systemimmigrationmbiasecurity
Next Post 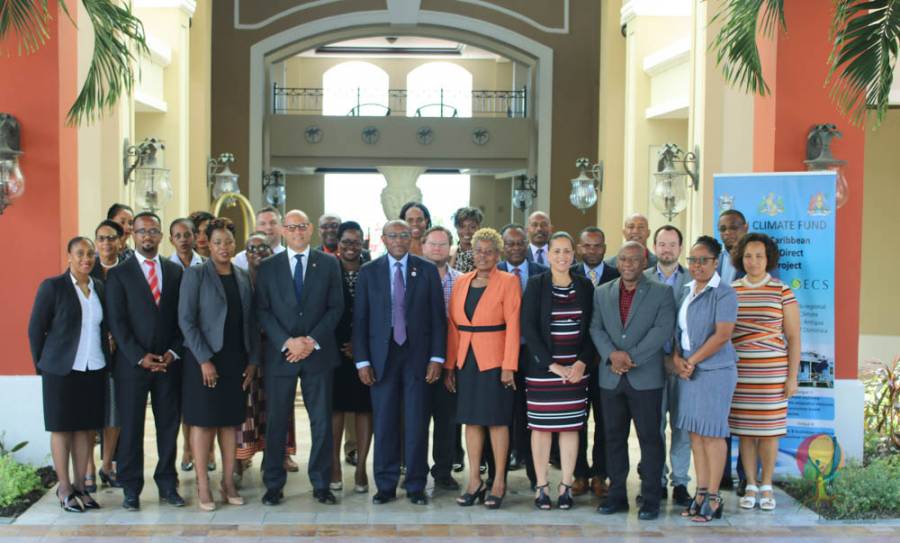