Nepotism is defined as the practice of favouring relatives or friends, especially by giving them jobs. Based on this dictionary definition, there can be no argument that Keith Mitchell’s recent act of hiring his son in ‘his’ Ministry of Finance as his legal advisor is nepotism in its most vulgar form.

Mitchell hiring his son is certainly not the first or a one-off occurrence for him. From the onset in 1995 when he became Prime Minister, Mitchell displayed a penchant for acting without care and propriety when comes to matters of state. There was the Call Centres Grenada deal that saw millions of taxpayers’ dollars put into the hands of Mitchell’s first cousins in a failed enterprise. That money is lost for good and although he promised in the parliament that it would be repaid, it never was. Then there was the CapBank debacle, which was squarely Mitchell’s fault when he ignored the advice of the Eastern Caribbean Central Bank and issued the banking licence to his friend, De Bourg. We’ve had the off-shore banking fiasco with the likes of First International Bank under his watch as Prime Minister and Minister of Finance. Having his friend and loyal follower head the regulatory arm of the sector although he was wholly unqualified, was a great contributing factor to that fiasco happening. That fiasco damaged Grenada so permanently, that we have no chance of ever reviving that sector again. Then there was Eric Restiener and the briefcase affair. Readers can visit the Wikileaks website for a description of that transaction and how the officials at the US Embassy in Barbados viewed Mitchell.

The NDC will not be surprised to learn that Mitchell did not discuss with his cabinet, his plan to hire his son as his legal advisor. Not that any of them would dear question him!

To be clear, as a Grenadian, there is absolutely nothing wrong with young Olinga Mitchell filling a position in the Public Service for which he is suitably qualified, once there is no conflict or perceived conflict; and once other young Grenadians had equal opportunity to apply and compete for the job. However, there has never been such a post within the Ministry of Finance. The Attorney General is government’s principal legal advisor and the AG’s chambers is well staffed with competent lawyers, some of youthful age. The position was not advertised, so no other young Grenadian had the chance to apply and compete for the job. Although a lawyer, Olinga has no special expertise finance law that will set him apart from the lawyers at the AG’s chambers. It seems as though the position was created specifically for him. In any event, there is at minimum a perception of conflict of interest with him advising his father, the Chief. These are some of the factors that make the appointment nothing less than vulgar nepotism.

Mitchell’s nepotistic conduct cannot be questioned by his subjects in his cabinet and party because they are simply afraid of him. However, the people who put him in power must hold him accountable and demand that he departs from his old ways and conduct himself properly in public office. It is clear that with the new mandate, he is now emboldened and his dictatorial anti-transparent behaviour will only get worse unless checked by ordinary Grenadians. He got away with practicing nepotism for many years, now he has taken it to another level where he and his son are free to do as they please in the Ministry of Finance with the people’s financial affairs, in true Papa Doc and Baby Doc style.

It is well established that where nepotism exists, it breeds and is indicative of wider corruption. It causes inefficiency and slows growth in the economy. It results in waste and financial loss for the people as happened with Call Centres Grenada. It erodes trust and confidence in Government and the institutions of the state. It stifles and discriminates against the brightest and best of the citizens who are in fact most qualified and suitable for the jobs given to the family and friends of the power holders. However viewed, nepotism is destructive to the country.

Those close to Mitchell must begin to grow some testicles and tell him to his face that Grenada has suffered enough from his bad decisions and that in this period, we can ill-afford more damage to our country and economy.

NOW Grenada is not responsible for the opinions, statements or media content presented by contributors. In case of abuse, click here to report.
Tags: ministry of financendc heartbeatolinga mitchell
Next Post 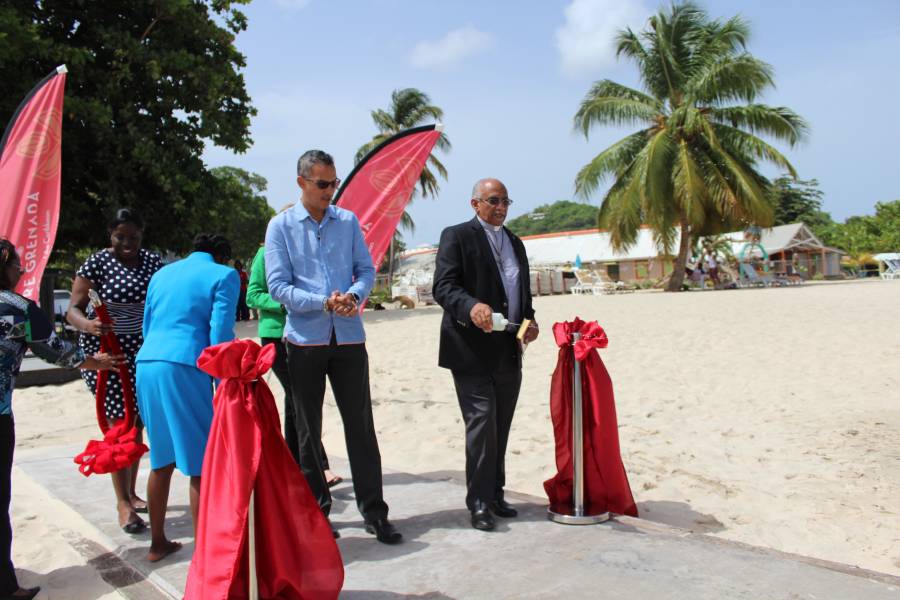