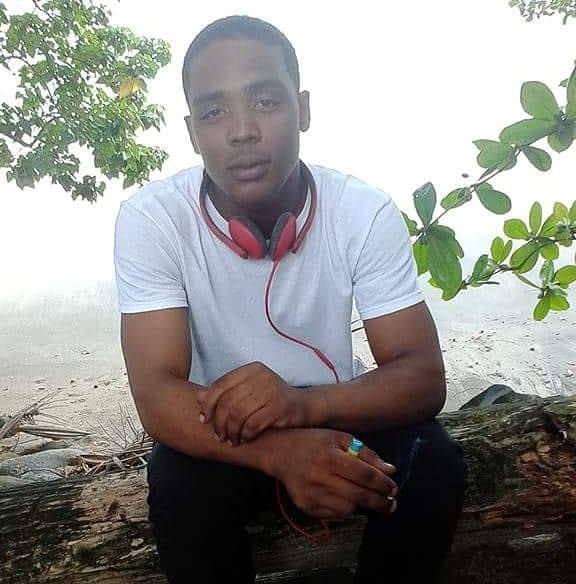 Rootsman Kelly mourns the loss of his son

Rootsman Kelly mourns the loss of his son

The incident which occurred on Wednesday, 18 July 2018 at Grand Anse, St George, left Griffith with multiple stab wounds to the neck and arm. He was pronounced dead at the General Hospital.

Speaking exclusively with NOW Grenada, Clyne said the tragedy has left the family devastated. “When I went inside that room and saw my son lying down on that bed with blood and all the stab wounds, it just too much for me to bear. But he was a good boy, and he spent the most time with me as a son even though I had a son before him. My eldest son didn’t grow up with me but Khalid, on the other hand, stayed with me from a baby.”

Clyne was told that his son was with a friend in the Grand Anse area around after 7 on the evening when he decided to take a walk down the beach. His body was then discovered. “They said that less than 5 minutes after he left the company of his friend, someone told the friend that Khalid is lying on the ground, so when he went to investigate, he said he saw him there bleeding. Now I understand that my son and the accused perpetrator last Sunday has a dispute so apparently, he came back to the beach yesterday evening and saw Khalid and stood in the dark and as he was walking along, decided to attack him and escape.”

Clyne said two and half years ago a similar tragedy struck the family and this tragedy comes at a time when he is preparing to defend his title. “I lost a member of my family through violence years ago; he was the same age as my son. He was killed in Annandale, and up to this day, I didn’t get over that incident as yet. And it is now two years and three sons, and now my son suffered the same fate, and this is really hard on all so us who knew him.”

Clyne is unsure whether this tragedy will have an impact on his performance on Dimanche Gras. “This has really taken a toll on me. I still can’t get myself to sleep or eat because I really wasn’t expecting that. Because when we heard the news, I was really afraid for my mom who collapsed after hearing the news. So this one hit the family really hard and especially when at a time like now when I am supposed to be concentrating on defending my title.”

Police have detained a 32-year-old male of Marian, St George who is assisting with their investigation. An autopsy is pending.

NOW Grenada is not responsible for the opinions, statements or media content presented by contributors. In case of abuse, click here to report.
Tags: calypso monarchcurlan campbelldimanche graskelly clynekhalid griffithrgpfrootsman kellystabbing
Next Post