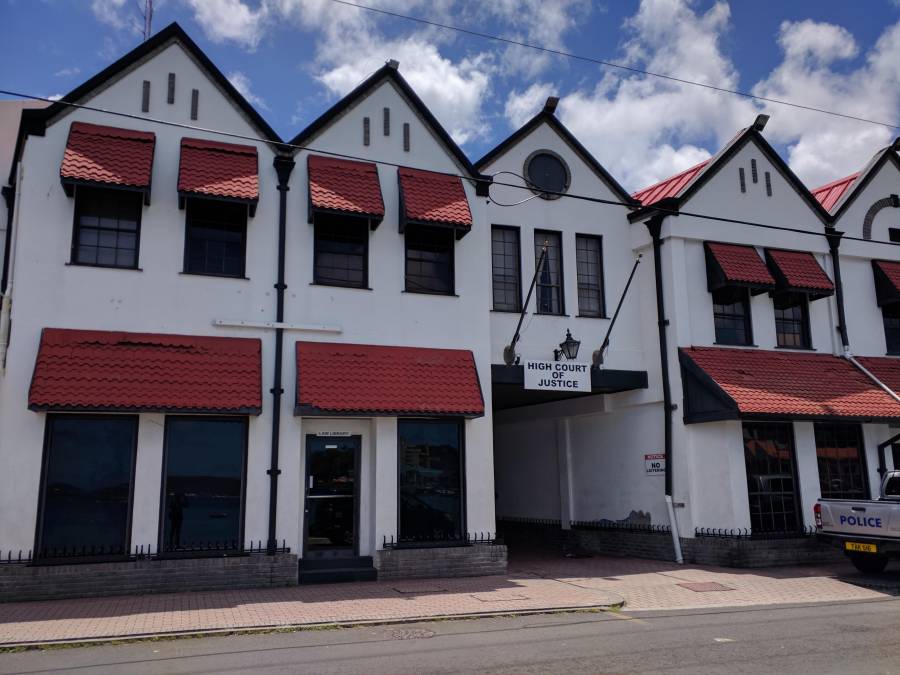 In an article in Now Grenada dated 24 September 2013, Sir Lawrence Joseph stated, “Sad to say, the court system in Grenada provides a very slow avenue for redress. In general, litigants in civil cases have to avail for over 7 years or more to have final determination of their matters. At the moment there are hundreds of cases waiting in the pipeline to be heard so the problem needs urgent attention.”

Sir Lawrence went on to state that one significant answer to cutting down the massive backlog seems to be to increase the number of judges presently operating from 3 to 5 and government increasing its financial commitment to the court which should be paid in a timely manner. Sir Lawrence was subsequently appointed to Acting Attorney General on 2 October 2017.

Subsequently during the 2017 Budget Debate the then Deputy Prime Minister and Minister of Legal Affairs stated the following: “The backlog in cases is the prime factor in the delay in court matters, and the courts are not fully staffed and that the cutback in personnel at the Supreme Court is hampering the speedy delivery of transcripts from judges to prepare matters for the Appeal Court.”

In an effort to compensate for the extensive backlog of cases, the courts have attempted to fast-track justice by hearing litigation in chambers. This leaves a lot to be desired because in this process disclosure of documents is not required and evidence is presented in written affidavit form which is not subject to examination and cross-examination despite the fact that the necessity of testing by cross-examination is thought to be a vital feature of the law and is said to be the greatest legal engine ever invented for the discovery of the truth.

And the truth is vital to arriving at justice. If the truth remains hidden, then true justice cannot be rendered

Sir Lawrence’s opinions and the debate contribution by the previous Deputy Prime Minister have obviously not been taken seriously as the situation has deteriorated leading one to conclude that Grenada’s court system has collapsed.

Given these conditions the judiciary cannot and does not function as it should in Grenada despite being one of the three pillars of government and the most important one.

The judiciary is responsible for settling all disputes. It is the dispenser of justice, the check against the arbitrary exercise of power by those who hold power, the safeguard against legislative and executive excess, the guardian of the Rule of Law and Justice, and the protector of the Constitution and the fundamental rights of the people.

The Chief Justice of the United States Warren Burger stated in 1970, “A sense of confidence in the courts is essential to maintain the fabric of ordered liberty for a free people and three things can destroy this confidence and do incalculable damage to society

One is therefore forced to conclude that irreparable injustice has been done and continues to be done to Grenada’s society. A large number of cases can never be resolved because litigants have died while waiting for a hearing in court. Many of the living continue to wait in vain for justice knowing that by the time justice arrives the damage suffered is already irrecoverable.

As recommended by Sir Lawrence, the government must increase the number of sitting judges and increase funding for the judiciary. The government must also provide proper permanent and adequate court facilities so that the judiciary can function efficiently. As Acting Attorney General Sir Lawrence is ideally placed to spearhead such changes having identified the deficiencies in the judiciary as long ago as 2013 and these changes should take precedence within the justice system

The situation cannot remain as it is. Such a situation poses great dangers to having a just and free society in Grenada. A free society depends upon the judiciary for getting justice.

Grenadians are likely to be shocked to learn that the World Bank rates Grenada at the bottom of the barrel relative to its Caricom neighbours in the Ease Of Doing Business, and Transparency International’s Corruption Perception Index for Grenada rates the island as more corrupt than its Eastern Caribbean neighbours. Given the state of Grenada’s court system, one can expect the island’s ratings to fall further. What then are the long-term consequences for the island if the court situation persists?

NOW Grenada is not responsible for the opinions, statements or media content presented by contributors. In case of abuse, click here to report.
Tags: courtFundingjudgesjudiciaryleon taylor
Next Post

The Pension Secretariat continues its registration process in Carriacou