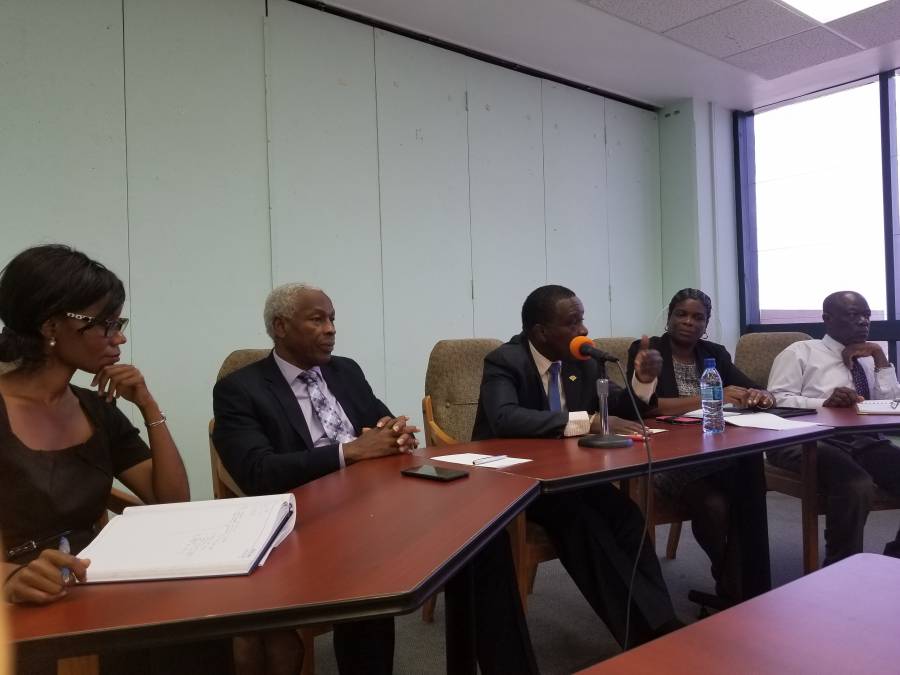 De-bushing, traffic regulation and the illegal dumping of waste by property owners surfaced as 3 areas in need of urgent attention, during a recent meeting between Prime Minister Dr Keith Mitchell and employees of the Ministry of Infrastructural Development (ID), Implementation, Energy, Public Utilities and Transport.

The meeting heard that Traffic Wardens have already been requested for the town of St George. This decision stemmed from a meeting between the Permanent Secretary (PS) Thompson of Transport and the police department.

Concerns were also registered that private owners of property dispose of some of their waste which block drainage, making it difficult for road officers.

Employees of the Ministry welcomed the Prime Minister’s statement that there should be improvements to the de-bushing programme. The meeting was told that de-bushing tasks will be strictly measured to maximise time and efficiency of the workers.

There was also a suggestion that some of the de-bushing work should be redirected to helping farm labour throughout the country.

NOW Grenada is not responsible for the opinions, statements or media content presented by contributors. In case of abuse, click here to report.
Tags: de-bushinginfrastructural developmentpolicetraffictransport
Next Post