This story was posted 2 years ago
in Education, Football, Youth
3 min. read 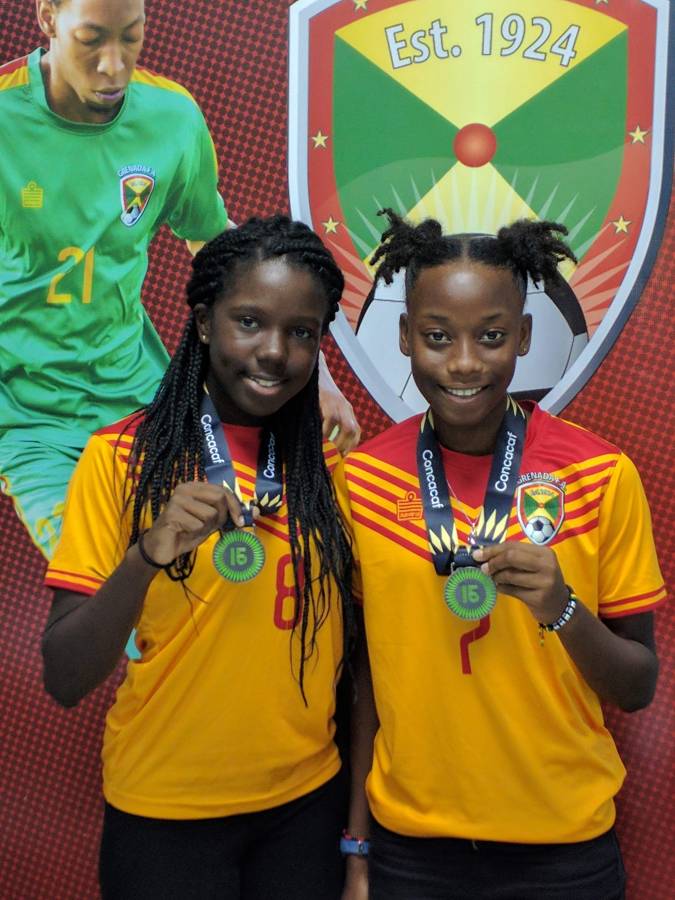 The Grenada Football Association (GFA) recognises that men continue to receive a disproportionate amount of football scholarships over women and is working to address this problem.

The recent capture of the silver for Grenada at the CONCACAF Girls U15 Championship held 6-13 August in Florida, USA has shown that women’s football in Grenada is on the rise, However, the lack of scholarships for women in the sport remains a concern.

Technical Director of the GFA, Vin Blaine is adamant that this situation must be reversed and will be working alongside CONCACAF and FIFA in this regard.

“The young ladies are not fortunate to get a contract to go play overseas and make money, so they will have to concentrate on developing through scholarships. So, it’s about us now starting at the grassroot level and moving forward, having them play small-sided games in schools. We have already approached CONCACAF and FIFA to guide the process.”

Blaine believes that parents must also be sensitised to the benefits that can be derived from football training in order for women’s football to progress.

“The first thing we have to do is to sensitise the parents on the benefits of football health wise, as well as educational wise…this is why I am so proud that the Under 15 girls played well and they are now are an example for other young ladies. Also, the fact that we got a scholarship for Ronnisha Frank, they can see that the end product is there as far as getting scholarships. I have gotten a scholarship for over 100 girls already over the years and right now we have a university coach who has approached me for more girls, so I have earmarked about 4 girls that I will be doing some work with to get them scholarships next year.”

The GFA has started putting things in place to ensure that students who receive a football scholarship also perform well academically. “All of our present players are told that we want to see their report cards every time and we do look at the comments from the teachers on how they behave in school and their overall performance. When we plan camps we also have tutors coming in to help them while they are in training and that’s how we plan to do going forward; to have students show an interest in their school work in camp and outside of camp.”

Football Team Captain, Jeanelle DeCoteau said her experience in Florida was rewarding, as the team got the opportunity to meet different players. “Entering the tournament took a lot of hard effort on the part of the team and during the games, it was really difficult, and it was very scary, but our coach Alana Francois was always saying to us that we can make it.”

Head Coach Alana Francois said the preparation for the team took a lot of effort and time, but they managed to perform well under trying conditions. “The weather condition in Tampa Florida was much hotter than in Grenada so we had the training in the hot sun and it was a tough challenge. But they overcame it because of the team supporting each other and I want to say that I am very proud of their accomplishment.”

Meanwhile, Jamaica and Grenada battled to a nil-nil draw on their Caribbean Football Union (CFU) Boys’ Under -14 Challenge Cup at Anthony Spaulding Sports Complex in Jamaica on Saturday. The team will next play Barbados on Wednesday at 4 pm at the Captain Horace Burell Centre of Excellence.