This story was posted 3 years ago
in Agriculture/Fisheries, Environment, Technology
3 min. read 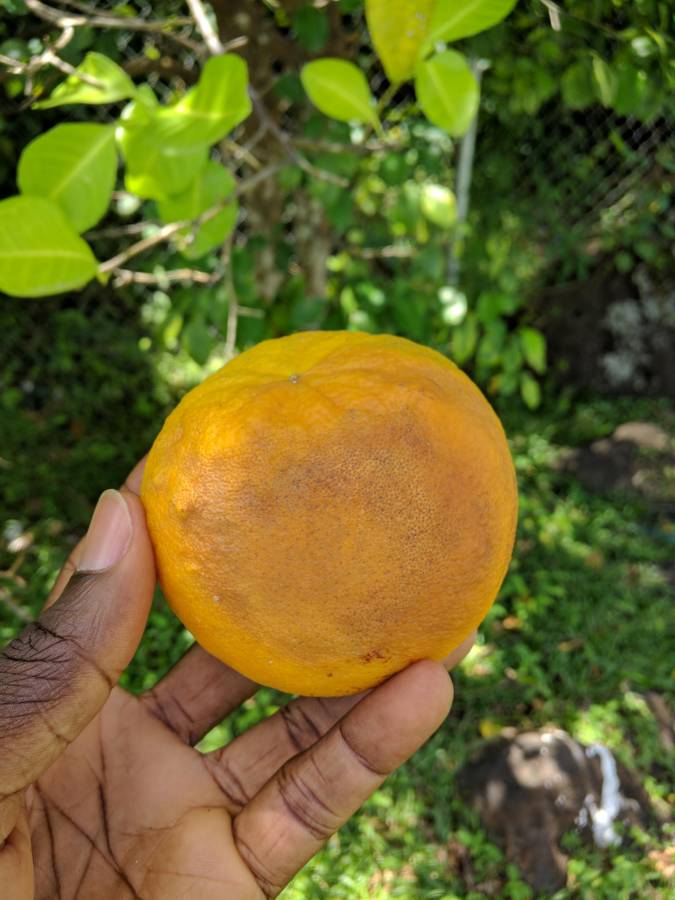 The Inter-American Institute for Cooperation on Agriculture (IICA) is seeking a breakthrough in tackling the devastation caused by citrus greening disease which is affecting Grenadian farmers.

According to National Specialist at the IICA Office in Grenada, Derek Charles, this is the first time local citrus farms have been exposed to this disease.

Greening is spread by a tiny invasive bug called the Asian Citrus Psyllid, which leaves bacteria behind when the psyllid feeds on a citrus tree’s leaves.

October and November are when citrus are normally harvested, and the invasion of the citrus greening disease may directly impact the quantity of citrus on the island.

Charles says IICA has been very proactive in assisting farmers with technical assistance currently being sought from Belize.

“IICA has been proactive in trying to assist Grenada in managing that issue. It is a new disease to Grenada but not new to the region, so we have sought collaboration with our colleagues in Belize, and we are in the process of assisting Grenada in trying to manage it.”

The IICA office in Grenada is hoping to host a symposium this year where the local farmers can interact with expertise from Belize. “Local farmers have to do some work in terms of managing the disease so we are thinking that with technical assistance coming in, this will help to educate farmers on best farming practices in stopping the spread of the disease.”

The Marketing and National Importing Board (MNIB) Supply Chain Manager, Roderick St Clair said the MNIB remains concerned over the spread of citrus greening disease and the likely impact it may have on the available quantity of citrus later in the year. “Yes, MNIB is very much concerned as several fields are experiencing low productivity, not only this year, but a trend has been observed over the past 2 years.”

St Clair said a reduction in oranges is also expected. “Reduction is expected mainly in orange and mandarin production. Therefore MNIB projects lower than normal availability based on its field surveillance, and we encourage our farmers to be in touch with their extension officer to seek support to be able to maximise the production they receive and to take preventative action.”

Citrus farmers are advised to look for some common symptoms that can be spotted on foliage and the fruit. These symptoms are said to be similar to those of plants with severe nutritional deficiencies, including:

* Veins that are often prominent and yellow

In April Belize reported, “A sharp decline of almost seven hundred thousand boxes of oranges this year, down from three point two million in 2017.” The decline is being attributed to HLB, or citrus greening, disease.

Citrus production is said to be the 2nd largest agriculture industry in Belize.

Over 400 students have benefited from FLOW’s scholarship programme