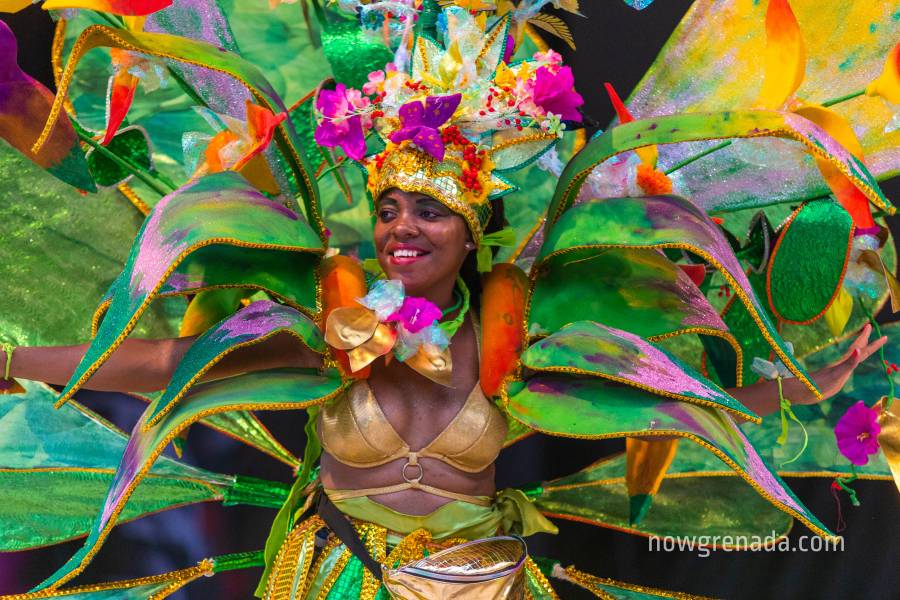 This story was posted 3 years ago
in Arts/Culture/Entertainment
2 min. read

Helen Marie and Associates win Queen of the Band
Share

Helen Marie and Associates along with AJ and Associates were winners in the 2018 King and Queen of the Band competitions, which traditionally precedes the final calypso competition on Sunday night at the National Stadium.

Though there was a significant increase in band registrations with Spicemas Corporation (SMC), only 4 competed for the Queen of the Band title and 5 for the King of the Band title. According to the rules of the Grenada Mas Bands Association, a band must participate in either competition to eventually compete for the Band of the Year title.

The defending “Band of the Year” is Rainbow City Mas Makers who won in 2016 and 2017. All competing bands are expected to participate in the 2018 pageant on Monday and parade in the official Spicemas Corporation route in St George’s on Tuesday.

At the end of the competition, the positions for Queen of the Band were

The positions for King of the Band were