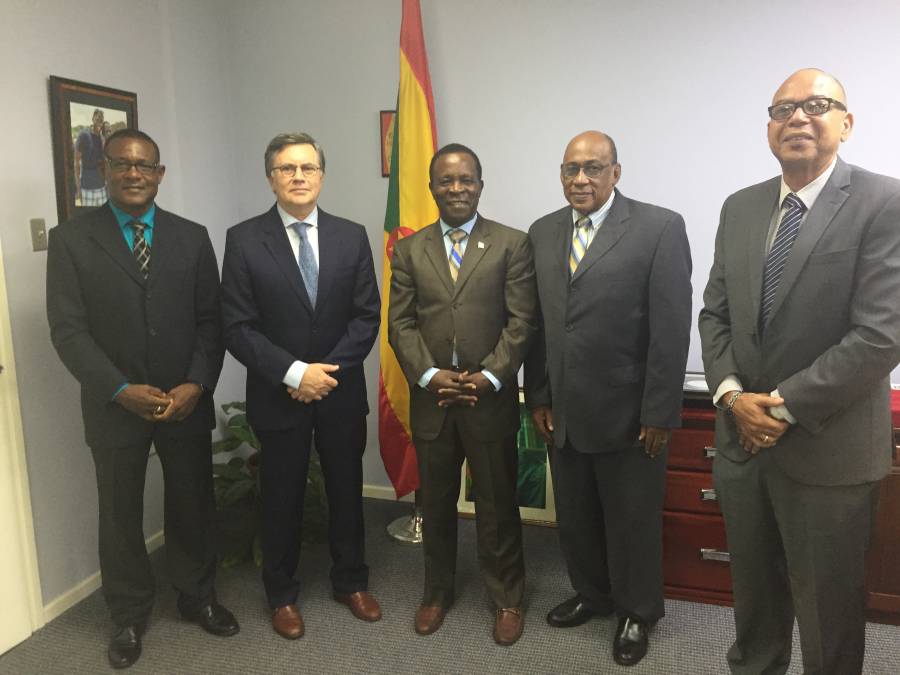 Otero, who was sworn in as Director General this year, expressed gratitude for the support for his candidacy given by Grenada and other Caribbean countries. He spoke of one of his priorities, building bridges between Latin America and the Caribbean as part of the organisation’s medium-term roadmap.

Prime Minister Mitchell said IICA’s technical support will be a much-needed asset as government continues to explore ways to develop the rural economy, to provide more employment and investment opportunities.

The IICA Director General was accompanied by his Special Advisor, Arlington Chesney, IICA Representative in the Eastern Caribbean States, John King and National Specialist at the IICA Office in Grenada, Derek Charles.

NOW Grenada is not responsible for the opinions, statements or media content presented by contributors. In case of abuse, click here to report.
Tags: gisiicainter-american institute for cooperation on agriculturelatin americamanuel otero
Next Post