The history of Mas’ Voleur in Grenada Carnival

The history of Mas’ Voleur in Grenada Carnival

This story was posted 4 years ago
in Arts/Culture/Entertainment, OPINION/COMMENTARY
4 min. read

As today’s Grenadians keep focusing on J’ouvert as the beginning of carnival, they are not aware of Mas’ Voleur and the role Mas’ Voleur played in the history of Grenada’s Carnival in the olden days.

Basically, the word “Voleur” means to thief. So in the true tradition of Grenada’s Carnival, the night before J’ouvert is known as Mas’ Voleur Night when mas’ players and lovers of mas’ and carnival, supposed to go out the night before and thief a pig on the large estates and hide the pig in the bushes to slaughter and cook J’ouvert night.

In addition, mas’ voleurs supposed to steal yard fowls in their village to cook, if they are not brave enough to steal a pig on the estate’s pig pen, because pigs make a lot of noise when strangers tried to steal them.

In order for the mas’ voleurs to be successful on their hunting and stealing of pigs and chickens to cook for J’ouvert night cooking celebration, they have to dress very scarily, so that they can frighten persons who see them in the late hours of the night, when the night is as dark as pitch.

So, on Mas’ Voleur Night, Mas’ voleurs supposed to walk with a big bottle of “taddy” which is a byproduct of molasses, to give the pigs to drink and when the pigs drink the “taddy” they become drunk immediately. And when pigs get drunk they are easy to steal because [a] drunk pig doesn’t make noise. They cannot handle the liquor in the taddy.

However, those mas’ voleurs used to steal a pig that they can carry from the estate pens. Those days carnival was held two days before the Ash Wednesday that falls in either in February or March month, when green peas are in season.

So, those mas’ voleurs used to steal large farmers peas and yam and cook too. The only thing they used to buy was the ingredients to put in the pot and flour to make dumplings.

Mas’ Voleurs like to make their dumplings real tight and hard. They like to make big dumplings. After they eat, those who playing “Yeaee” which is the blackest and most scary Jab Jab in their tar oil costume, would start to beat the drums and whine and spell and the youngest Jab Jab role is to be the Joe-Young.

In addition, those mas’ voleurs who playing Shortknee does start to sing their Chantwell songs about love affairs, violence, women business, politics and other hot topics in the villages.

However, before the break of day, which is known as J’ouvert, after the mas’ voleurs finished eating their dumpling and peas and stolen meat, they participate in burning fire, known as Conbulay. They burn old huts, juba and canefields too. In addition, they pull debris on the streets and overturn any obstacles in their way.

When it is about 5 am in the morning they start the J’ouvert. And as the jab jab mas’ start blowing the conch shell, beat the drums, ring the bell and sing songs and dance, while spectators pay them to spell words like manicou and nutmeg.

Additionally, the mas’ voleurs who play Shortknee Mas’ dressed in their costume and come out on the streets about 6 am. Spectators who love Shortknee Mas’ come out from their homes to see the masqueraders as they sing and chant on the streets, as they do some street theatre at the crossroads in the junctions.

So, in the real tradition history of Grenada carnival, J’ouvert morning is not the beginning of carnival. The beginning of carnival in Grenada is supposed to be Mas’ Voleur Night. However, there is an essence of rebellion in Grenada’s carnival celebration, where the masqueraders supposed to steal what they need to cook for J’ouvert night from the big plantation owners.

The tradition of stealing animals to cook from the big estate plantations could have been a way of showing revenge toward the estate owners who were descendants of the slave masters, or it could have been for basic needs because, in those days, the majority of black people did not own lands where they can raise pigs and fowls on a large scale.

NOW Grenada is not responsible for the opinions, statements or media content presented by contributors. In case of abuse, click here to report.
Tags: carnivalhudson georgejouvertmas’ voleurpigsthief
Next Post 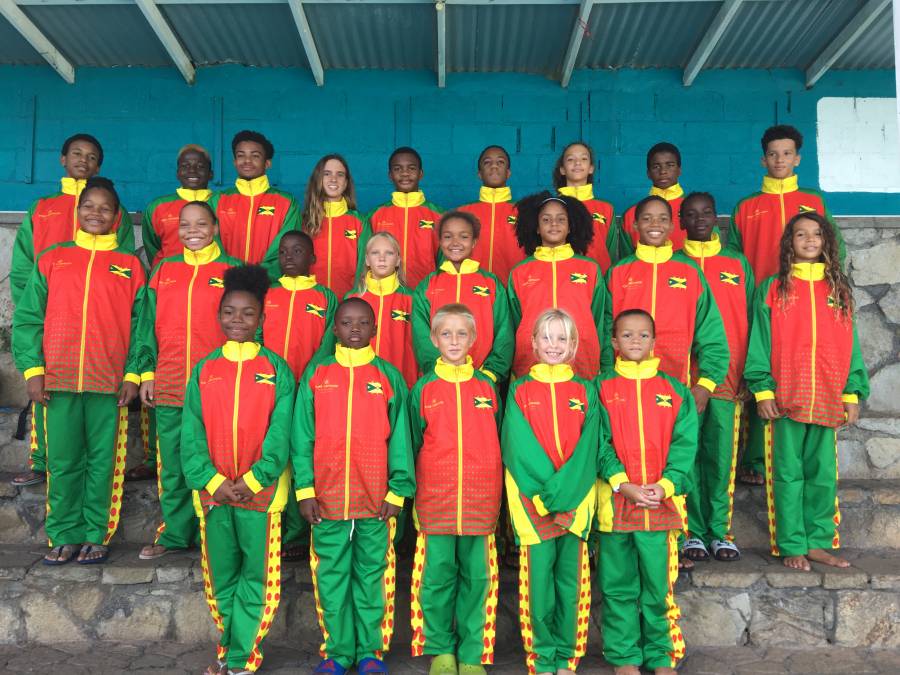