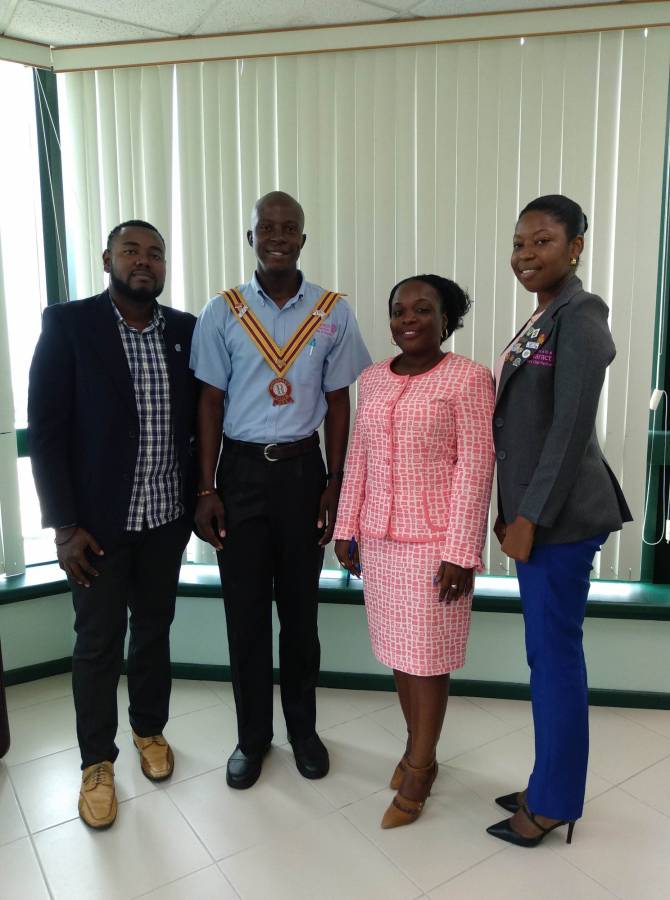 This story was posted 4 years ago
in Community, PRESS RELEASE
2 min. read

The Rotaract Club of Grenada warmly welcomed District Rotaract Representative (DRR) Delon Earle upon his arrival Grenada, as part of his tour of the 7030 District.

The DRR serves as an ambassador for the Rotaract programme, a conduit of information between fellow members and Rotarians, and a leader and resource for club officers in the district. DRR Delon, originally from Guyana and a member of the Rotaract Club of the University of Guyana initially joined Rotaract to make his CV more competitive, however, the opportunities for personal development and being of service to persons in need made him stay.

Throughout his 3-day visit, much was accomplished including meeting both of the island’s Rotaract and Rotary Clubs. At the Rotaract meetings, he was able to engage members and conduct a review of the Club’s performance, while identifying ways in which the Clubs can improve and tighten district relations. He encouraged members to have a better understanding and appreciation of the district and its functions.

The DRR had the opportunity to meet the Minister of Youth, Sports, Culture & The Arts with responsibility for Youth Development, Kate Skeeter Lewis. Together, along with Rotaractors, matters concerning youth and ways the club can continue impacting local communities was discussed.

Thereafter DRR Delon and President Arkera Lessey made an appearance on the “To the Point Show” with Brenda Baptiste, who is a former Rotaract President herself. The DRR was able to further share his area of focus which is attaining world peace through conflict resolution and the endeavours which he hopes all Clubs in the District will undertake.

In between all the formalities, DRR Delon experienced a taste of our island. He toured the St George’s University, visited some of our islands tourist sites and ended his trip with a night out with Rotaractors at the Prickly Bay Marina.

He departed on Saturday 25, for his next stop St Vincent.

NOW Grenada is not responsible for the opinions, statements or media content presented by contributors. In case of abuse, click here to report.
Tags: 7030 districtbrenda baptistedelon earledistrict rotaract representativerotaract
Next Post

Keeping an eye on the people’s business