Use of snakes during j’ouvert concerns Forestry Division

Use of snakes during j’ouvert concerns Forestry Division

This story was posted 3 years ago
in Agriculture/Fisheries, Arts/Culture/Entertainment, Environment
3 min. read 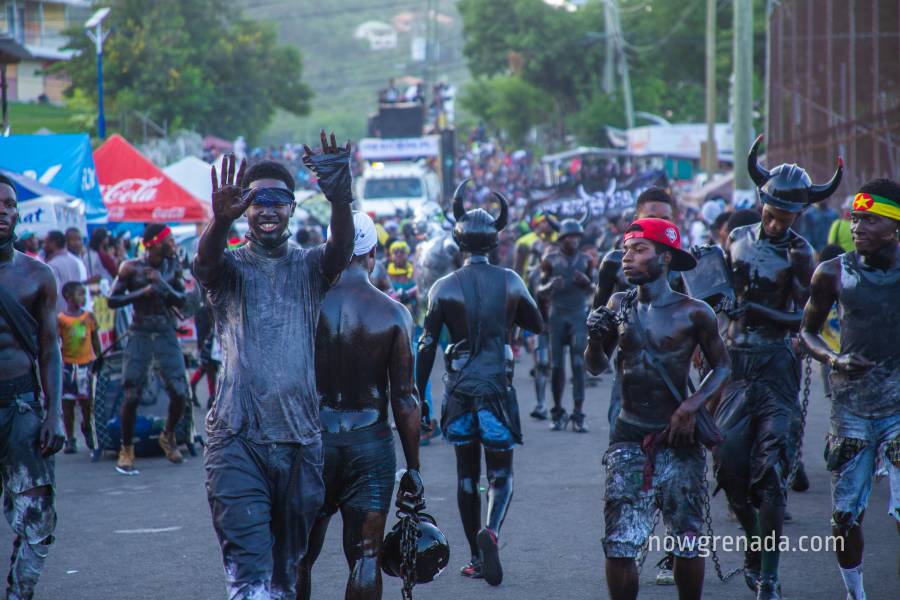 The Forestry Division is to upgrade its current legislation which protects wildlife with a view to enforcing stricter penalties for anyone found guilty of harming endangered wildlife.

This was found to be necessary following several sightings of live snakes used by masqueraders during j’ouvert last week on Monday, 13 August. The use of snakes during j’ouvert is quite common, and the Forestry Division is concerned over the likely impact this can have on the already endangered species. The Tree Boa (Corallus Grenadensis) is not dangerous to humans, and this makes it quite vulnerable as it can easily be captured.

“The forestry division has always been highlighting the negative effects of using live animals, particularly the one that is well known during the j’ouvert, which is the Tree Boa. In the past, we have always worked along with the RGPF to try and inform the public that it is illegal to parade with these live animals.”

The revision of the Wild Animals and Birds Sanctuary Act would mean that revellers on j’ouvert morning will be barred from using live animals, especially the serpent, or face consequences.

Jeremiah says this revision of the legislation must be given priority. “On the law books there are no definite penalties for animals in those situations, but the police can enforce whatever penalties deem suitable. But we are now looking at upgrading our legislation and these are some of the things we will be looking at in terms of putting tougher penalties for using animals during these festivities.”

Jeremiah also cautions artistes to be mindful of their lyrical content which seems to promote the endangerment of animals. “Some of our artistes I expected better from. I heard songs from people who are our ambassadors and are still advocating for the use of serpents for j’ouvert parade, and I expected better of them in terms of musicians using their discretion in promoting the national good.”

The use of live reptiles during this year’s j’ouvert was brought to the attention of Assistant Commissioner of Police Jessmon Prince. He indicated that in enforcing the legislation, there are other factors that must be taken into consideration.

“There are a lot of things that we have said that the laws speak to, but again you have to understand that if it becomes necessary for us to enforce, you have to understand the environment in which you will be enforcing those laws. So, there are times when certain things are allowed to happen not necessarily that there is no law to deal with it, but because there are other elements that have to be taken into consideration as well.”

Under the Wild Animals and Birds Sanctuary Act, a person found guilty of an offence under subsection (1) shall be liable, on summary conviction, to a fine of $500, and, in the case of a 2nd or any subsequent offence, in addition to such fine, to imprisonment for 3 months. And where a person is convicted of such an offence the court may, in addition to any penalty, order any firearm, snare, or trap used by such person in the commission of the offence to be forfeited.