Obeah! If you can’t beat them

Obeah! If you can’t beat them

Those of us, who are old enough, will remember that Grenada attained “obeah” political independence from Britain in 1974, under Gairy. And it could only be won by obeah, not by any honourable means.

This is what the Grenada National Party (GNP) under Herbert Blaize and Wellington Friday claimed at the time.

Friday had travelled to Britain with the Blaize team to the independence conference at Lancaster House, though not qualified to be part of the consultations. As a result, he returned to Grenada a week or so ahead of the GNP delegation with the news that the British government had refused to grant Grenada political independence. Blaize confirmed this when he came back a few days later.

The GNP had been opposed to the British government granting Grenada independence under Gairy. They said that he had dictatorial tendencies, and they could not trust what he would do if granted additional powers. Moreover, as some NDC people today with Mitchell and the CCJ, they did not like the fact that Gairy would be able to add independence to his other political achievements as part of his political legacy. Gairy returned to Grenada a week or so after Blaize and confused everybody by giving the onlookers at Pearls Airport a victory sign, as he was coming down the steps of the plane he had specially chartered to get here from Trinidad.

It later came to light that both Blaize and Friday had lied to Grenadians, that before returning to Grenada, Blaize had signed the documents to put the seal on our independence. It was then that in a further effort to save face, the claim came from the GNP camp that Gairy had secured our independence by working obeah. Friday at a meeting in the courtyard at Sauteurs told Grenadians that in London, he and Gairy were staying at the same hotel, and on one occasion a gust of wind had blown a paper from Gairy’s room to his, and when he read what was written on it, it was a prayer to Our Lady of Amiljabo. Despite all this, in the late 1970s Friday Joined Gairy’s Grenada United Labour Party (GULP) and was Minister of Education when the NJM ousted Gairy from power in 1979.

Nearly 50 years later, some NDC people who are as negative, malicious and retrogressive as the GNP was then, to save face, and to give their hardcore supporters something to feel satisfied about, have been alleging that NNP’s obeah was responsible for their complete blackwash in the 2013 and 2018 elections. In 2013, it was partly due to obeah Tshirts which the NNP brought in from Haiti. This year, the obeah was brought in by Mitchell when he went to a Heads of Government Conference in Haiti, just before the elections. In fact, an NDC supporter wrote a letter to the New Today recently, in which he gave the recipe for winning elections in Grenada in modern times. And above anything else, ridiculously, the recipe requires going to Haiti.

By this shameful misrepresentation, they are helping to perpetuate Grenadians’ ignorance of the people of Haiti, as well as our scorn of, resentment and hostility to them. By their blind prejudices, they are not only insulting the intelligence of Caribbean people, but are allying themselves with racists in continuing to malign the hapless Haitians. By showing that they can see Haiti only as the Mecca of obeah, we get a good idea of the level of foolishness at which these people operate. For many of us know that Haiti contributed more than any other country to the freedom and independence of Black people in the New World. As far back as the 1930s, fair-minded people who travelled to Haiti saw a people who, by and large, was literate, highly industrious, whose leaders, by and large were very cultured people. People who encounter Haitians in the United States today will also testify to this.

All Grenadians should be curious to know at what level of the NDC, such an irresponsible and heart-breaking allegation is coming from. It may be instructive that to date, we have not heard the leaders of the party publicly distancing themselves from it. Does the NDC still have leaders of moral and intellectual integrity, who are at least capable of national and regional leadership? Leaders who seriously wish to increase the political awareness of Grenadians as well as their political maturity? Jude Bernard, what is your position on this matter? Why to date, are you so silent on this issue?

Obeah theorists tell us that there are two main types of obeah: good obeah and bad obeah. People practice bad obeah to achieve evil ends: such as to kill, to make someone insane or demented, to give a persistent sore, etc. Good obeah is used to attain honourable ends, such as to cure physical or mental illness, to exorcise evil spirits, to make people industrious. The worse kind of obeah is often compared to the negative effects of the physical and mental degradation Black people suffered under European enslavement and colonisation, which nearly 200 years later leaves too many of us still mentally enslaved.

NOW Grenada is not responsible for the opinions, statements or media content presented by contributors. In case of abuse, click here to report.
Tags: devonson la motheeric gairyhaitiherbert blaizeindependenceobeahwellington friday
Next Post 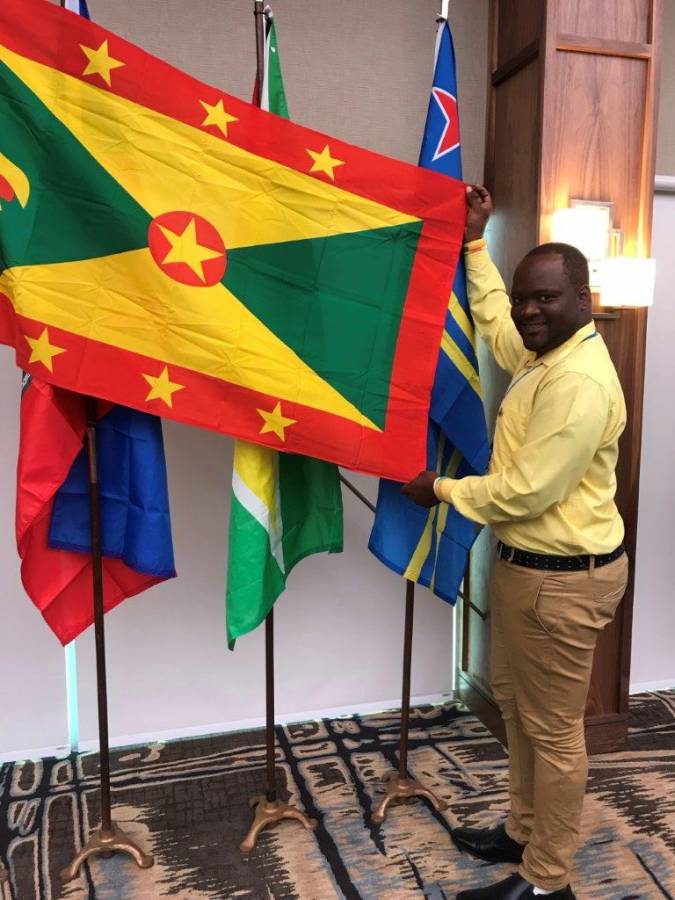 Grenadian among 13 young entrepreneurs participating in US Government-Sponsored Programme