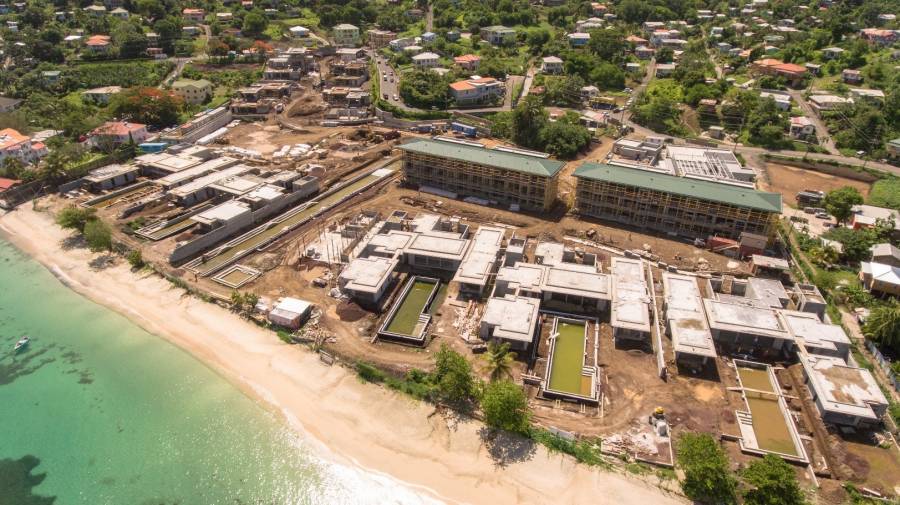 This story was posted 4 years ago
in Business, Environment, Travel/Tourism
4 min. read

Nearing its goal of 1,000 signatures, the petition to protest the encroachment of Silver Sands Hotel and Villas development project further onto the Grand Anse Beach has gained momentum after being officially launched on Sunday.

Randal Robinson is among advocates leading the charge in protest of a wall being built by the Silver Sands developers who, according to the Physical Planning and Development Control Act, have found themselves in direct contravention of the act which in the Land Development Regulations, Chapter 241A, SRO13 of 19928 part 3 stipulates: “The Authority shall not authorise any development closer than 165 feet (50 m) from the high-water mark or on land less than 10 feet (3 m) above means sea level, whichever is applicable.”

An uproar later ensued in the public domain after the complaints from both Robinson and nearby residents were aired on media, which caught the attention of officers of the Physical Planning Unit. Senior Planning Officer Physical Planning Unit, Fabian Purcell indicated that the matter would be investigated but to date he has not made any public statement on the outcome of their investigation.

Robinson says the silence of the Physical Planning Unit and government on this matter, has prompted him to take action and he has solicited the public to put pressure on the developers to discontinue the building of a wall structure unto the Grand Anse Beach. “This is 3 weeks, and the encroachment is still there so we decided to escalate action and let the public sign onto a petition asking that the obstruction be removed within a week. So the developers have until Saturday, 22 September but beyond that legal option will have to be considered. Physical option will be considered, and we are still hoping to have a sit down with the developers to have this matter sorted out in a peaceful manner.”

Robinson said the petition has so far been successful. “The online petition has made its way around the world and we are nearing our targeted number of signatures since Grenadians everywhere are really concerned with what is taking place. To think that we can have people come in and own part of the public space is beyond us and we are protesting this vehemently; and the petition is still available for people who want to sign. I can be contacted, or people can go online and sign.”

Activist Earl Maitland has also joined in the fight to protect Grenada’s beaches and open spaces. Speaking with NOW Grenada, Maitland gave his unwavering support towards this cause. “It is said, “The only thing necessary for the triumph of evil is for good men to do nothing.” I gave my support to the journey against injustice as the political leader of the Grenada Empowerment Movement, but most importantly as a citizen and patriot of Grenada. It has also been said that “injustice anywhere is a threat to justice everywhere”… this isn’t simply a wall being built on our beach illegally, this is an attack on the integrity of our nation. The intentional failures of our government must not deter citizens from honouring our laws, our independence and the accomplishments of our forefathers. I’d like us to focus on our pledge which states: I pledge allegiance to the Flag, and to the country for which it stands, with liberty, justice, and equality for all. I pledge also to defend and uphold the Honour, Dignity, the Laws and Institutions of my country. I do assure you I will continue to defend and uphold the laws that govern our country with no exception made to that of our beaches!”

Terry Forester has also signed the petition and is encouraging other patriotic Grenadians to do the same. “I have joined other like-minded Grenadians in pursuit of presenting a petition to the minister responsible for “The Physical Planning Unit” to respect the law governing the established set back regulation of 50 m/155 ft construction allowance away from the highwater mark. It is unimaginable that we have to bring such a perilous matter of breaking the law to the attention of the minister who is also the Prime Minister and custodian of our laws and national interest.”

Silver Sands developers have been given until close of business on Saturday, 22 September 2018 to dismantle the erections that have caused the breach of the Laws of Grenada. 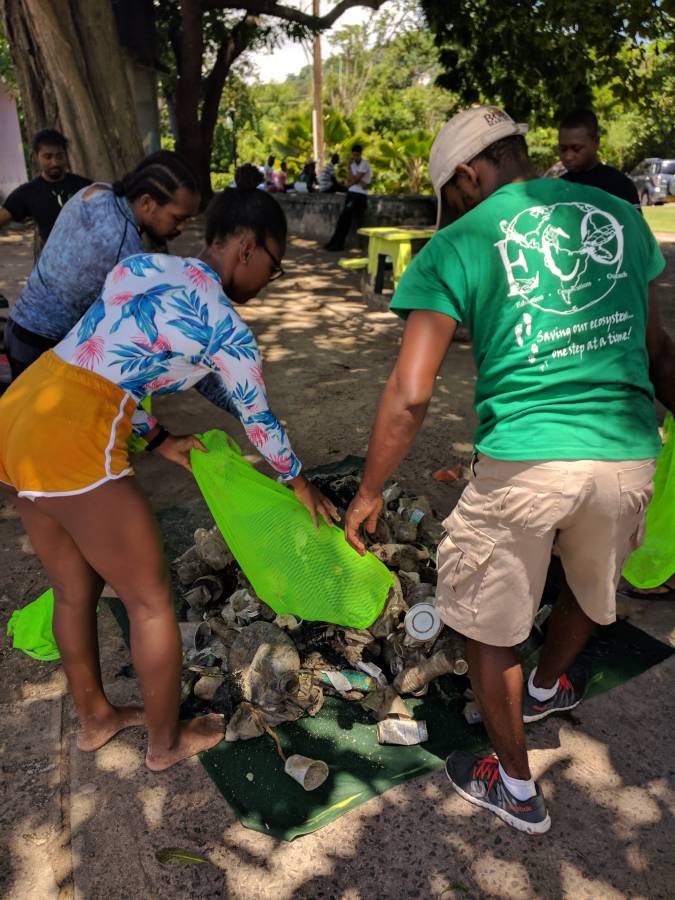 Over 80 kg of trash collected at Grand Anse Beach