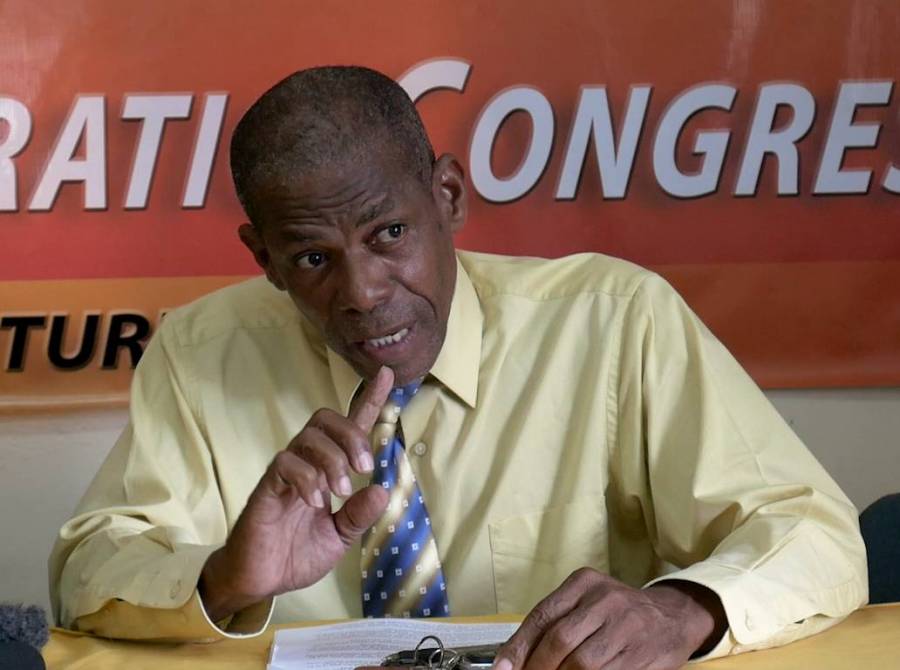 This story was posted 4 years ago
in Environment, OPINION/COMMENTARY, Travel/Tourism
4 min. read

The Government of Grenada has a responsibility to the people of our nation. And that is to ensure that the laws that govern all aspects of our social and economic life are administered across the board – regardless of status and economic power.

Our elected leaders, including our Prime Minister, upon accepting their respective office/ministry, took an oath to uphold the laws of the land and ought to be held accountable.

Undoubtedly, the laws, as they pertain to the low and high-water marks and how they are applied regarding the construction on Grand Anse Beach, are the source of mass confusion.

The government has fueled the fire with the Prime Minister, who is responsible for the Ministry of Physical Planning, failing to have his technical staff give a detailed explanation to the public re the statues governing construction near the foreshore.

Addressing the issue at a press conference, the Prime Minister said he does not think that the investors will do anything to hurt the people of Grenada; hence, Grenadians are at the mercy of the foreign investors. Clearly, a Prime Minister and government choosing to ignore their responsibility, seemingly overwhelmed by the power of the investors’ money.

Conflict between communities and multi-millionaire investors over construction adjacent to the foreshore is not new – not to the Caribbean, nor in the USA.

Here is a definition of foreshore

Foreshore: The strip of land that lies between the high and low water marks; and that is alternately wet and dry according to the flow of the tide. According to the medium line between the greatest and least range of tide (spring tides and neap tides). See also Shore.

And this is true even though the lands may lie along non-navigable bodies of water.

Under the civil law, the “shoreline” boundary of lands adjoining navigable waters is the line marked by the highest tide.

In connection with salvage, “shore” means the land on which the waters have deposited things which are the subject of salvage, whether below or above the ordinary high-water mark.

Shore lands: Those lands lying between the lines of high and low water mark. Lands bordering on the shores of navigable lakes and rivers below the line of ordinary high water.

The Grenada Physical Planning Ministry follows a similar process in making its judgment. And absolutely no doubt about it, the Silver Sands Hotel Project has encroached on the area usually set aside for public access if we are to use the high tide water mark. Born and grown up in that area, and still enjoy a morning bath there, when the tides are high the sea reaches the several grape trees that are now fenced as part of the hotel project.

Just like DeGale, the Silver Sands project seems determined to minimise local people conducting traditional activity or even using that area of the beach. They want it to be all exclusive, and the government does not have the decency to deny them.

The vast majority of Grenadians, being a society very dependent on their government, choose to remain silent. And that’s the difference between Grenadians and citizens in a functioning democracy. The latter protect their patrimony. I shall not be surprised if Dr Mitchell allows them to destroy Camerhogne Park during the construction of their second hotel at the Riviera lot on Grand Anse Beach.

Unfortunately, the message to future investors is that once you have the power of money and influence, the laws of Grenada can be adjusted to accommodate you. And more so, under the auspices of the Prime Minister!

Yes we all want and welcome good investors, because they provide jobs and contribute to economic growth. But that must be done under the existing laws.

Even our former colonial rulers made laws and observed them regarding construction of building on our beaches. It was the colonial government that administered the laws when the first hotels were built on Grand Anse Beach; and none encroached along the high-water mark.

History recalls that an attempt was made in the late 60s/early 70s by the then manager of the former Holiday Inn Hotel to extend his fence beyond the high-water mark, and the late Sir Eric Gairy not only stopped his intrusion, but then expelled him from the country.

What is most disturbing in today’s Grenada is that our elected government – while championing erasing the last vestiges of our colonial history – is all smiles handing over much of our premier beach, including Camerhogne Park, to one multi-millionaire!!!

Grand Anse people and all locals will endure the consequences of being marginalised by big investors who will soon have all the power to determine what locals can do on our best beach – with the kind compliments of our Prime Minister – who perhaps by then, will be long gone.

NOW Grenada is not responsible for the opinions, statements or media content presented by contributors. In case of abuse, click here to report.
Tags: foreshorehigh-water markministry of physical planningRay Robertssilver sands
Next Post