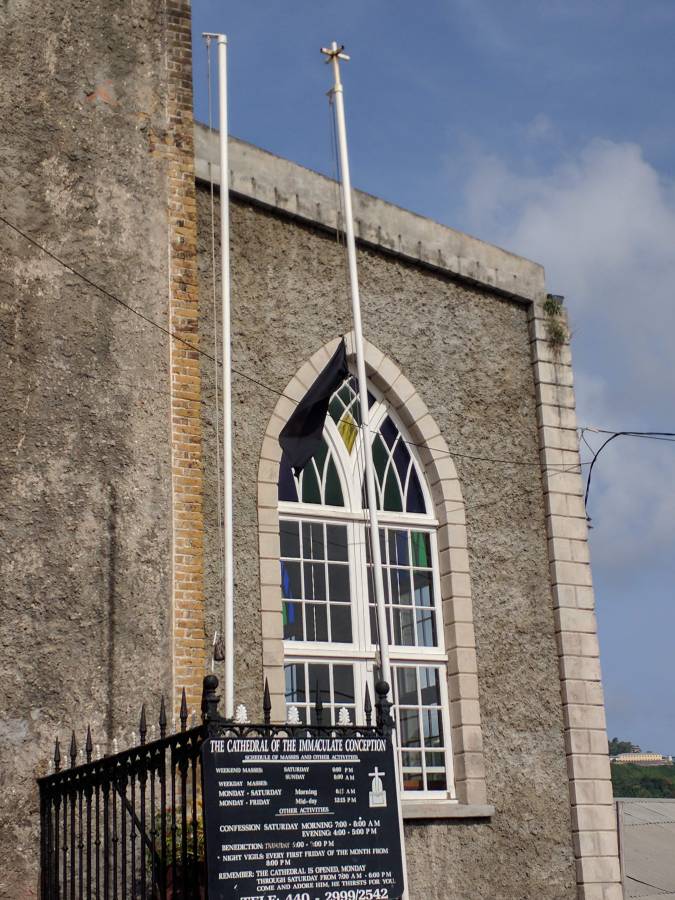 A tentative date has been set for the burial of Bishop Emeritus Sydney Anicetus Charles, 92 years, who died on Tuesday, 4 September 2018 at the General Hospital.

According to Vicar General Fr Carl Haynes, a proposed date of 28 September is not yet finalised. “Unfortunately, our bishop [Clyde Harvey] is off the island at the moment and will be back around the 26 September so we are looking at a date sometime after that. The late bishop will be buried alongside Bishop Vincent Darius in the crypt. In fact, when we were making preparations for Bishop Darius’s funeral we thought rather than just doing one tomb we did two instead, so there is one there that is empty, and he will be buried in that tomb.”

Bishop Charles was consecrated Grenada’s 3rd Roman Catholic bishop on 26 January 1975. Reminiscing on his legacy, Fr Haynes said Bishop Charles would be remembered for his devotion to the church and to the country of Grenada. “Bishop Charles is a pillar in the church and would have seen the church through some turbulent moments not only in the church but in the history of Grenada. Coming in as Bishop in 1975 he would have come in at a crucial moment just after independence and all of the unrest that followed. And then we had the period of the Grenada Revolution which at many times would have been at odds with the leaders of the country at the time and so for him that was a very turbulent time leading the church.”

The establishment of the skills training centre New Life Organisation (NEWLO), is one of his greatest achievements after the demise of the Grenada Revolution. Fr Haynes said, “The demise of the Grenada Revolution, he said he would have seen high youth unemployment with young people having nothing to do and being unskilled, and so he got the idea and patterned it after a similar institution in Trinidad and Tobago called SERVOL. In fact, he would have gotten assistance in forming NEWLO.”

Bishop Charles had been hospitalised on 21 August, ailing from damage to his hip sustained in a fall.

NOW Grenada is not responsible for the opinions, statements or media content presented by contributors. In case of abuse, click here to report.
Tags: bishopcarl haynescurlan campbellnewloroman catholicsydney charles
Next Post