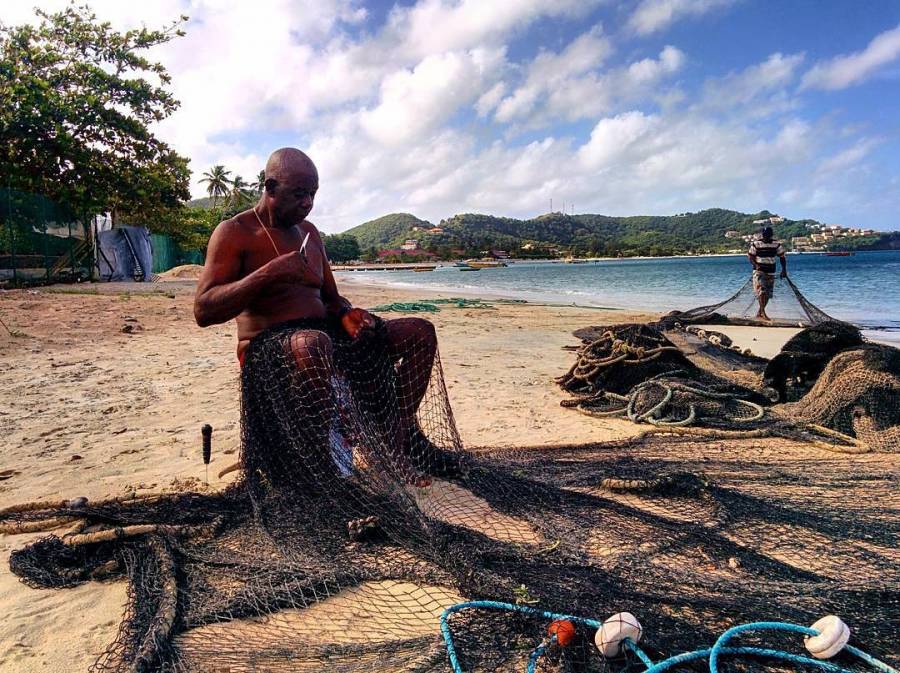 The Beach Wall and the Law

The Beach Wall and the Law

This story was posted 4 years ago
in Environment, OPINION/COMMENTARY, Travel/Tourism
5 min. read

Recently, the Silver Sands developers demolished a wall extending unto Grand Anse Beach. Grenadians had protested, petitioned and made noise, about it. It seemed, they would not abide a developer encroaching on the beloved Grand Anse Beach.

They especially would not abide the government sitting idly by. Beaches are especially important in Grenada, because there are almost no public leisure spaces, and the 1 or 2 which exist aren’t as dynamic. Last year, Camerhogne Park was almost lost to the same Silver Sands development. Also, in some Caribbean countries people can’t access their best beaches.

Grenada isn’t as bad as those countries, and the particular beach wall didn’t restrict access to the beach in a significant way, is true. But you boil a frog by starting warm. The frog doesn’t notice the bit-by-bit increases in temperature – the increments. Increments can be dangerous: incremental loss of access to public leisure locations, incremental erasure of national patrimony, incremental reduction in public consultation over major projects, incremental creep to second class citizenry, where we ask ourselves at the end ‘how did we get here?’ The protest against the beach wall was really a protest against the increments of denial.

One of the things emerging from the whole spectacle was curiosity about what the law had to say. The wall is gone, but the curiosity remains, so I’m writing to explain the law.

In other words, the Authority cannot approve the building or extension of a wall within 50 metres from the high water mark. The intention of the law, clearly, is to preserve beaches as public space, and protect against encroachment by developers. The beach wall in issue was closer than 50 metres to the high water, so either (1) the wall was illegally built without approval from the Authority, or (2) the Authority illegally approved the wall.

The challenge lies in who can bring that sort of action. An application for Judicial Review requires that an applicant has a ‘sufficient interest’ in the matter. Usually, showing a sufficient interest means showing that you have been negatively affected, or stand to be negatively affected, by the decision in question. To give a practical example, in 2009, the Grenada Building and Loan Association sought Judicial Review of a decision of the same Physical Planning Authority, to approve the development of the Co-operative Bank Building. Building and Loan argued that the Regulations prevented the Authority from approving a development built less than 10 ft away from its neighbouring boundary mark, without the signed consent of the affected neighbour. The court allowed them to bring the case, noting that “this Court has no difficulty in concluding that the Applicant, being the owner of property adjoining the lands which the Respondent granted the Bank permission to develop, does have a sufficient interest in the matter to which the application relates.”

The beach wall case is different however. Every Grenadian (or beach user) stands to be negatively affected by the beach wall, and therefore every Grenadian has a sufficient interest, right? Wrong. The fact that every Grenadian is equally affected and entitled, means that no Grenadian has a ‘sufficient’ interest. No person is more affected than the rest of John Public. The interest any single person has is the same old interest that John Public has. Thankfully however, our laws provide for ‘Public Interest Litigation’.

“Any body or group that can show that the matter is of public interest and that the body or group possesses expertise in the subject matter of the application [can apply for Judicial Review]” [Section 56.2 Civil Procedure Rules]. The difficulty I foresee is determining what will constitute ‘expertise’; who will be an expert. For example, let’s say there is a ‘Save the Mangrove Society’ society of scientists who are seeking judicial review of the approval of a development being built in the mangrove. Let’s say they are arguing that the approval was wrongfully given without an Environmental Impact Assessment being done, and that actually the development is destroying the mangrove which has wider impacts on our environment. The ‘expertise’ here is obviously in environmental science, the scientists are experts who can provide evidence of silt loads and nutrient pollution. Who will be the experts in a beach wall case? What is the relevant expertise? Will it be sociologists and historians leading evidence on the erasure of public spaces and the impact on society ? It will be interesting to see.

The government, in a recent release said that the Silver Sands had violated infrastructural development regulations. We know. The real question is, was the wall approved. We may never know. Situations like these highlight the need for Freedom of Information laws, where citizens may apply for responses to queries or the disclosure of documents. What is a democracy without transparency, after all?

The battle is won for now, but the war still rages. After the government back-pedalled last year on Camerhogne Park, the Prime Minister commented saying, “[t]hat isn’t to say that there may not be some initiative in the future, but right now, it will be done without Camerhogne Park.”

Whatever happens remember that they have power, but we have noise. And, power is afraid of noise.

NOW Grenada is not responsible for the opinions, statements or media content presented by contributors. In case of abuse, click here to report.
Tags: beachcamerhogne parkphysical planning actprotestrichie maitlandsilver sands
Next Post