This story was posted 4 years ago
in Politics, Technology
4 min. read

Members of the House of Representatives on Friday approved an amendment to the People’s Representation legislation which will, among other things, increase deposit fees for candidates in an election and criminalise “going into a polling booth” on any polling day with any electronic device.

Special reference was made to cellular phones and digital cameras, but Gregory Bowen who presented the legislation during the special sitting explained to the House that it would cover all electronic devices that can be used to make photographic images of any documents.

A person who violates this section of the legislation commits an offence and is liable on summary conviction to a fine of $500 or to a term of imprisonment for 6 months.

The amendments also seek to increase the deposit fee from EC$300 to EC$500 for any person who is nominated as a candidate to contest a constituency in an election campaign and at the same time to pay the fee in advance at the treasury or a district revenue office. Previously, the deposit fee was paid on nomination day to the returning officer, who in turn would provide a receipt to the nominee. The cash will then be deposited to central government funds by the supervisor of elections.

“Every candidate or someone on his or her behalf shall at the time of his or her nomination provide, or cause to be provided to the returning officer an original official receipt from the treasury or revenue office as the case may be, evidencing payment by the candidate of the nomination deposit of $500 in cash failing which, the nomination of such candidate shall be deemed void,” said the amendment.

Member of Parliament for St Patrick West, Anthony Boatswain called for the fee to be increased to EC$1,000. “I believe we should look at a high quantum, we need to show the seriousness about this exercise,” said Boatswain.

The amendment which was approved in a special sitting of the House also provides for candidates to vote in a constituency where he/she is not registered but is a candidate on the ballot paper.

Bowen said that sometimes a candidate contesting a particular constituency may be registered in another constituency and the amendment is to give the person the opportunity to vote where they are contesting. “However, it must be done within the guidelines of the law,” he advised.

“A person who has been nominated and who intends to vote in a constituency other than the constituency in which his or her name appears on the official list of electors shall — (a) complete in duplicate a notice in Form 5B in the Third Schedule for that purpose supplied by the Parliamentary Elections Office; and (b) return the completed notice under paragraph (a), to the Supervisor of Elections at least 7 days before the holding of the poll,” said the legislation.

The Senate must approve the legislation before it becomes law.

Grenada will be voting on 6 November in a referendum that seeks to get the majority of voters to amend the constitution for the Caribbean Court of Justice to become the final appellate court. The applicable amendments are expected to be in effect on referendum day.

NOW Grenada is not responsible for the opinions, statements or media content presented by contributors. In case of abuse, click here to report.
Tags: electronic devicelinda strakerpolling boothpolling feereferendum
Next Post 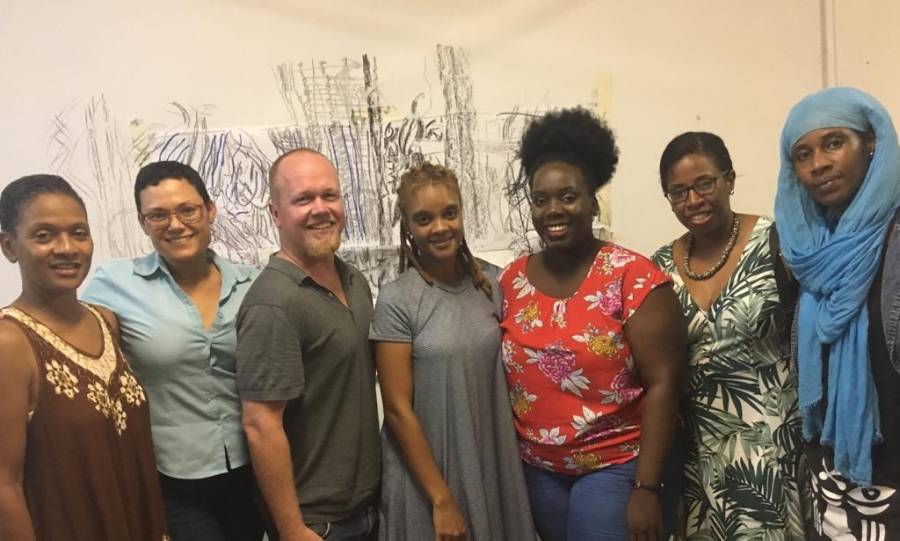