This story was posted 4 years ago
in General News
4 min. read

Executive members of the ruling New National Party (NNP) on Sunday called on their supporters to make 6 November another historic date in the country by mobilising everyone in their circle who are qualified, to get out and vote YES in the referendum.

Both Grenada and Antigua and Barbuda will be holding a referendum on that day. The objective of this exercise is for the people to approve the Trinidad-based Caribbean Court of Justice (CCJ) as the island’s final appellate court.

“I want to speak to everybody out there, who loves Grenada, who loves this country — let us for once put Grenada first,” Peter David said while delivering remarks in the open session of NNP Convention on Sunday.

David who was retained as assistant General Secretary said that there here is no but when it comes to voting for the CCJ. “If you believe in the CCJ, if you NDC, NNP, PLP, whatever you are — let us vote CCJ,” he said, speaking directly to those who claimed they support the initiative but, “now is not the right time.”

“It’s the one time when I see that leaders have unanimity on an issue. Everybody says they support it; well if you do support it then vote for it because you cannot allow petty differences to stop us. I am speaking to my friends who are not here, you cannot allow partisan tribalism, as you had allowed in 1983 to separate us,” he added.

“Let us disagree on other issues, let us disagree about other kinds of things, there is enough to disagree on, but let us agree on what we agree on. If not now, then when? It’s been over 100 years we fighting for independence; we have the chance now so let us do it,” David told the open session which was broadcasting live on radio and social media platforms.

Urging all voters to go out and vote on referendum day, David said that when Grenada got independence in 1974 the British just gave the island a constitution and by voting to change the court, nationals are showing maturity.

“Did any of you vote for this two-thirds majority? He asked and answered no in the same breath. “We just get it because the British give us. We have a chance now to assert our independence; we have a chance to agree on something. I urge all of you to go out and get your people to vote, mobilise, take your car and seek them out to vote for CCJ,” he recommended.

“I don’t want to bow my head in shame when I am asked what Grenada did when asked about our independence and bringing our court system into our jurisdiction, and I have to say we voted against it. I don’t want to be going into the corridors of power throughout the world as the foreign minister and having to explain, well you know sir everybody agreed with it but because we belong to different tribes they voted against it,” said David who called on the people to forget personal political division.

“We are one tribe, we are Grenada. I say this to my NDC brethren, to my church brethren, to my labour brethren — we are one, let us agree and vote for the CCJ,” he said.

Political leader and Prime Minister, Dr Keith Mitchell told his supporters that they should see a YES vote as an investment for future generations. “Give this exercise support, see this vote as one for our children’s and grandchildren’s future. Don’t just vote but encourage others to vote,” he said.

NOW Grenada is not responsible for the opinions, statements or media content presented by contributors. In case of abuse, click here to report.
Tags: conventionforeign affairslinda strakernnppeter davidreferendum day
Next Post 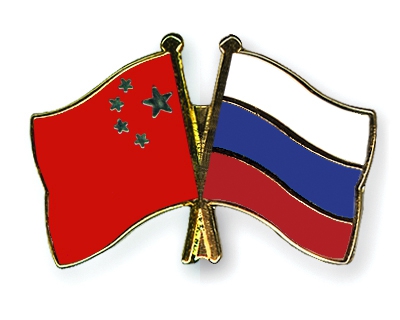