The Government of Grenada is compelled to respond to recent statements made by the President of the Public Workers Union (PWU), Rachel Roberts, aired on local media, in which she inferred that she had been informed that NAWASA had been sold to a Chinese entity.

The Government of Grenada has not in any way sold, divested or transferred NAWASA or any part thereof, to any entity, Chinese or otherwise. NAWASA remains a statutory body, owned by the Government and People of Grenada.

It is unfortunate that such a reckless statement would be made by someone who could easily verify its accuracy. The Government of Grenada, therefore, calls on Roberts to retract that statement which only serves to mislead and unsettle the nation.

NOW Grenada is not responsible for the opinions, statements or media content presented by contributors. In case of abuse, click here to report.
Tags: nawasapublic workers unionrachel roberts
Next Post 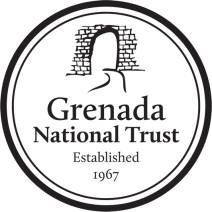